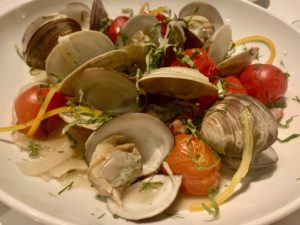 Baba is a Greek-Lebanese inspired restaurant and bakery in the Grand Central District brought to us by the owners of local favorite, Bodega on Central, Debbie and George Sayegh. They set out to honor their family through the food and recipes of their childhood. Debbie grew up in Greece and George in Lebanon. Baba which literally translates to father is … Continue Reading