They originally opened back in 2012 as Café Del Mar, but later changed the name to Del Mar Gastro Lounge when they decided to put an emphasis on high-quality, healthy food.

There’s been a huge remodel, so what used to be a large open-air arcade, (like you see on several blocks of Central Avenue as you head west), is now an actual closed space which is more inviting and more comfortable.

There is also a large outdoor seating area that is great for people watching, especially on the action-packed 200-block of Central Avenue where First Friday happens, and there’s always lots of action every night.

Del Mar has live music EVERY SINGLE NIGHT! There is also live music every weekend during the day for brunch. There’s a really long Happy Hour from 11-7! Go day drinkers! They are open 365-days a year from 11:00 AM – 3:00 AM every single day. On the weekends they serve food until closing—great for late-night / early-morning munchies!

I went for the lunch special recently. Based on my excellent lunch, and the new menu that came out a few months back, it’s safe to say that Del Mar has really kicked it up a few notches on their food.

Everything is baked, and nothing is fried, and everything is under $10, and unbelievably fresh and high-quality.

I had the Chicken Tortilla Soup. It was delicious, and quite interesting. It seemed like a cross between Mexican and Thai. The broth was creamy and spicy with exotic seasonings, peppers and scallions. I wanted to ask Chef Johnny what was in it, but he had his hands full with a health inspector that thought it was a great idea to show up right at lunch time! What the hell! That’s worse than a sales rep showing up at lunch time.

They have some creative cocktails, which are always fun, and there is a full bar, so they can make any drink you want if you don’t want to get fancy with the cocktails. However, some of these cocktails seem quite hard to resist.

Del Mar is also famous for their chicken wings. They are so good that sometimes become a victim of their own success and sell out before closing – go early – and often. 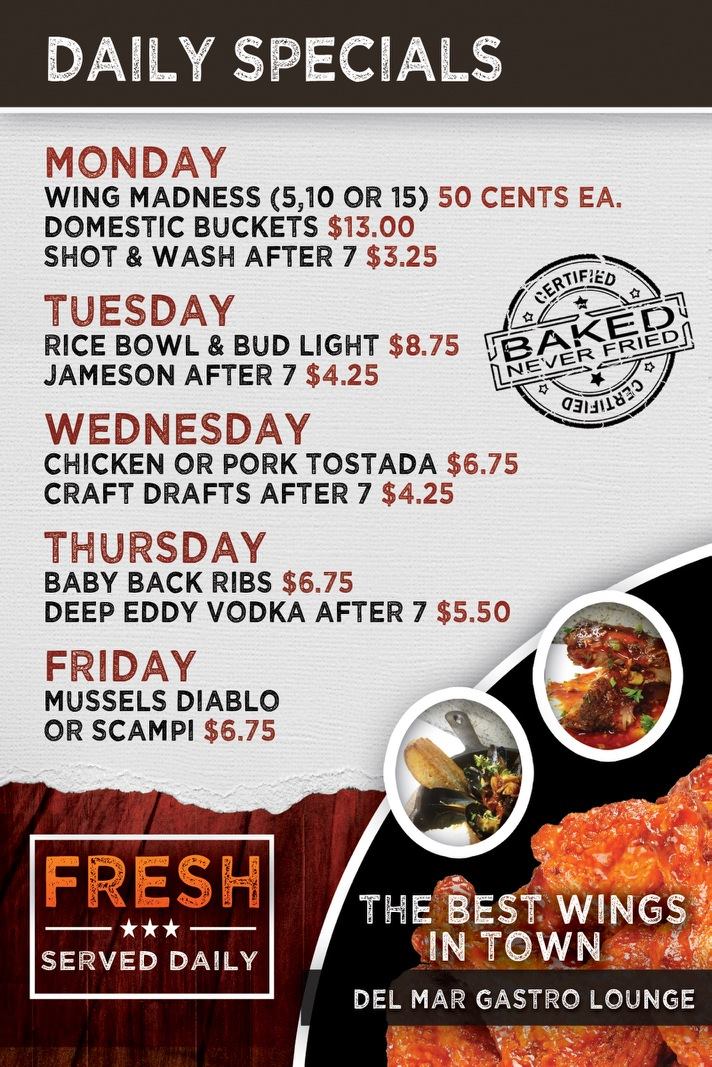 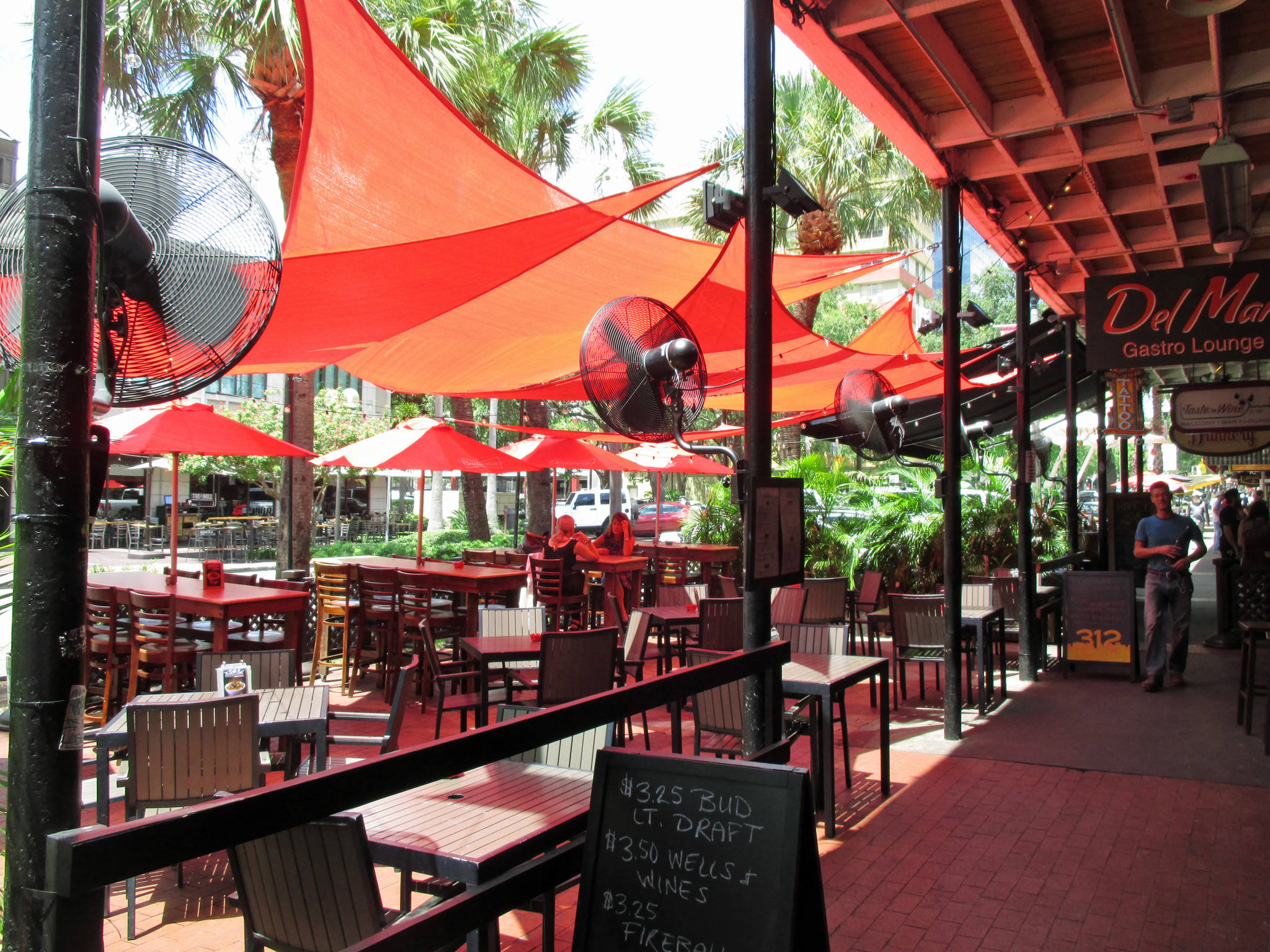 Del Mar Gastro Lounge is more than just a great bar hangout with music 7-nights a week. They also have great food with everything under $10, and it is all baked, not fried. 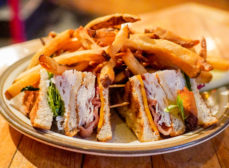