The Lure Ono – Your One Stop For Grab and Go Sammies, Smoothies and More

Located on Central Avenue, just a few doors west of The Lure, sits the new The Lure Ono. The word ono means delicious in Hawaiian. The interior vibe and the menu take inspiration from Hawaii as well. The spot, formally the beloved Central Melt, is small and unassuming but delivers big on flavor with it's sandwiches, smoothies and grab and go fare. 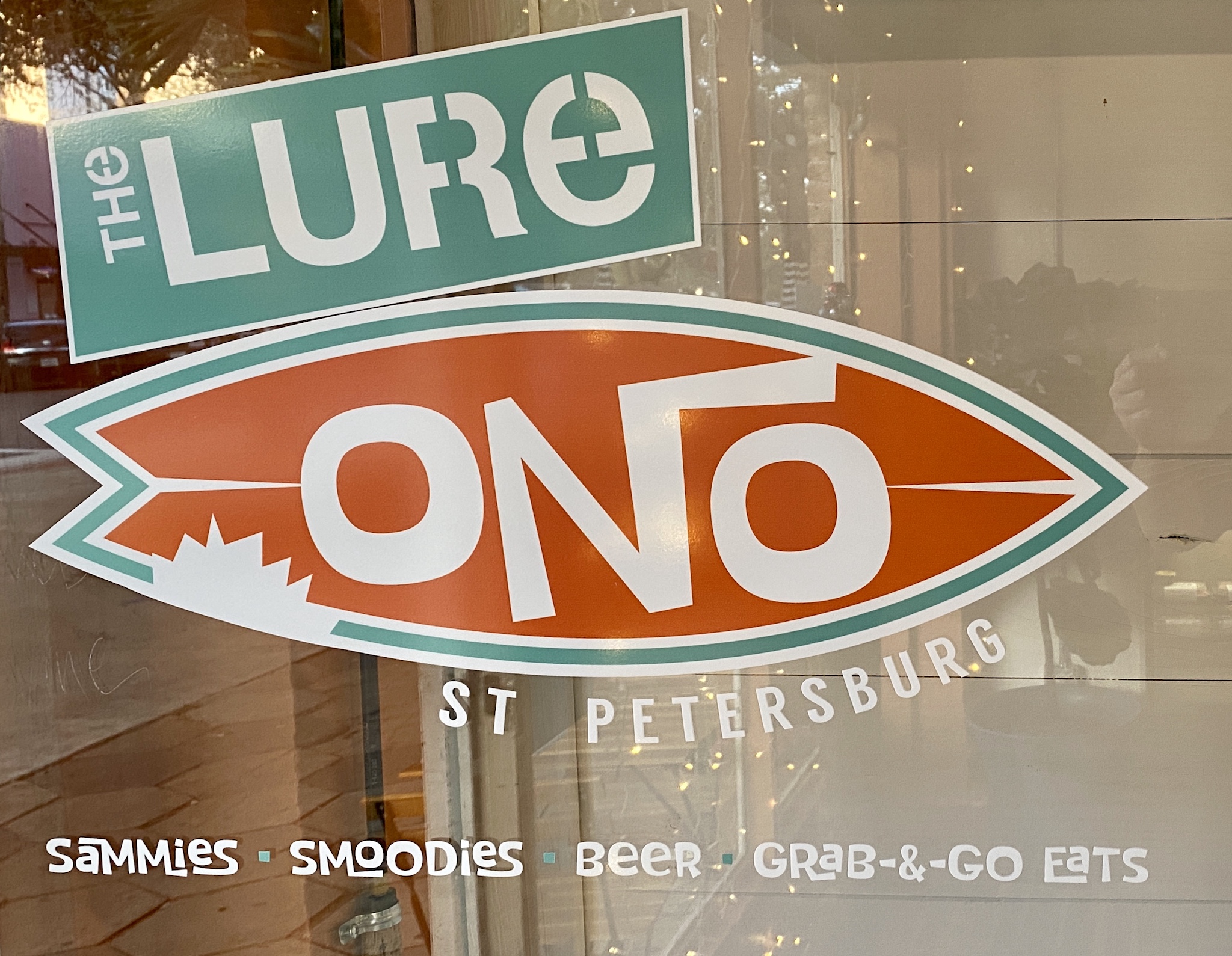 Chef Tarina Abraham from Central Melt came onboard with owner, Tom Golden, to help carry on some of the grilled cheese legacy that former owner, Ed Allen, had going on. 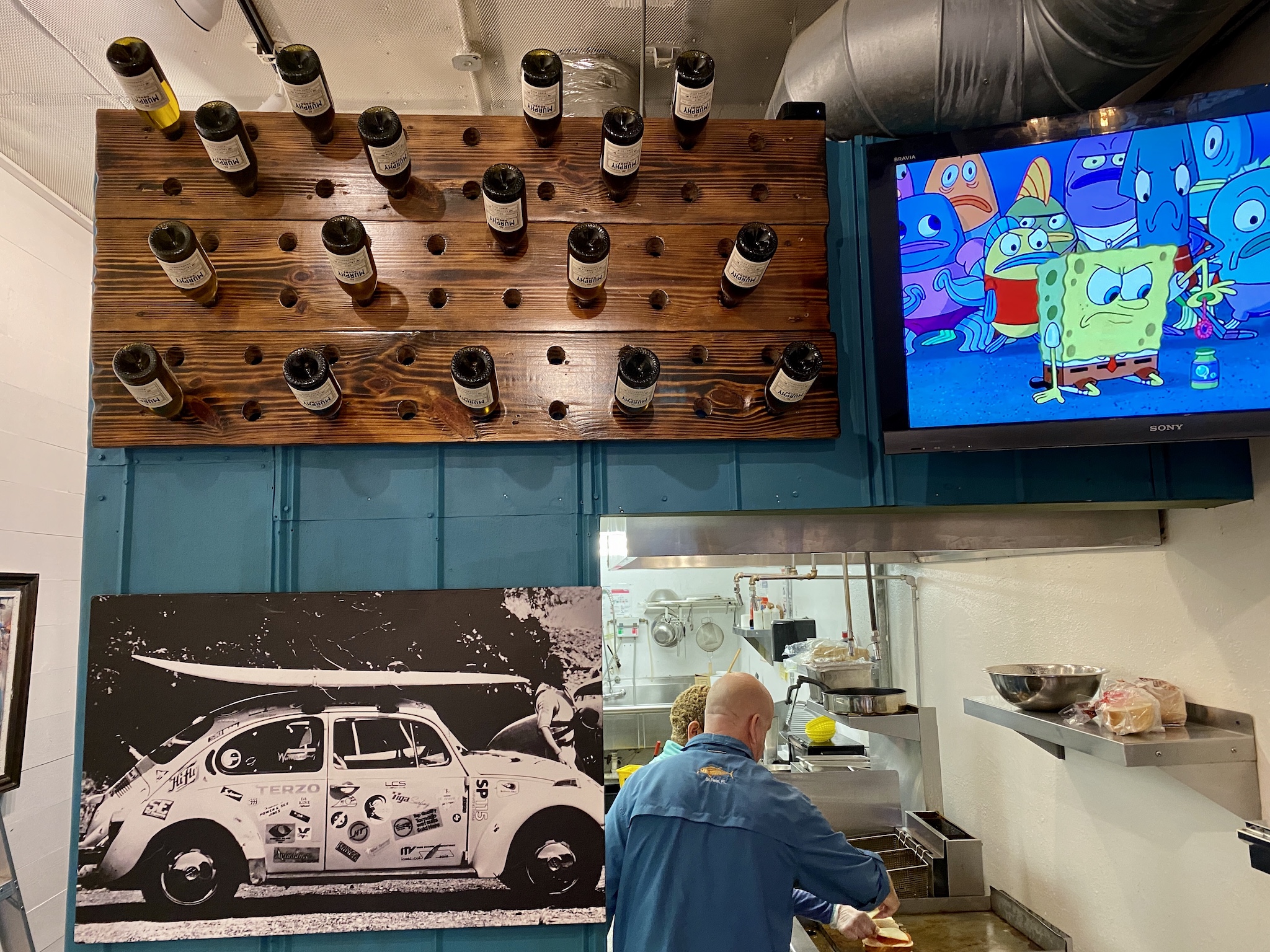 Looking into the grill as Tarina and Tom prepare grilled sandwiches. 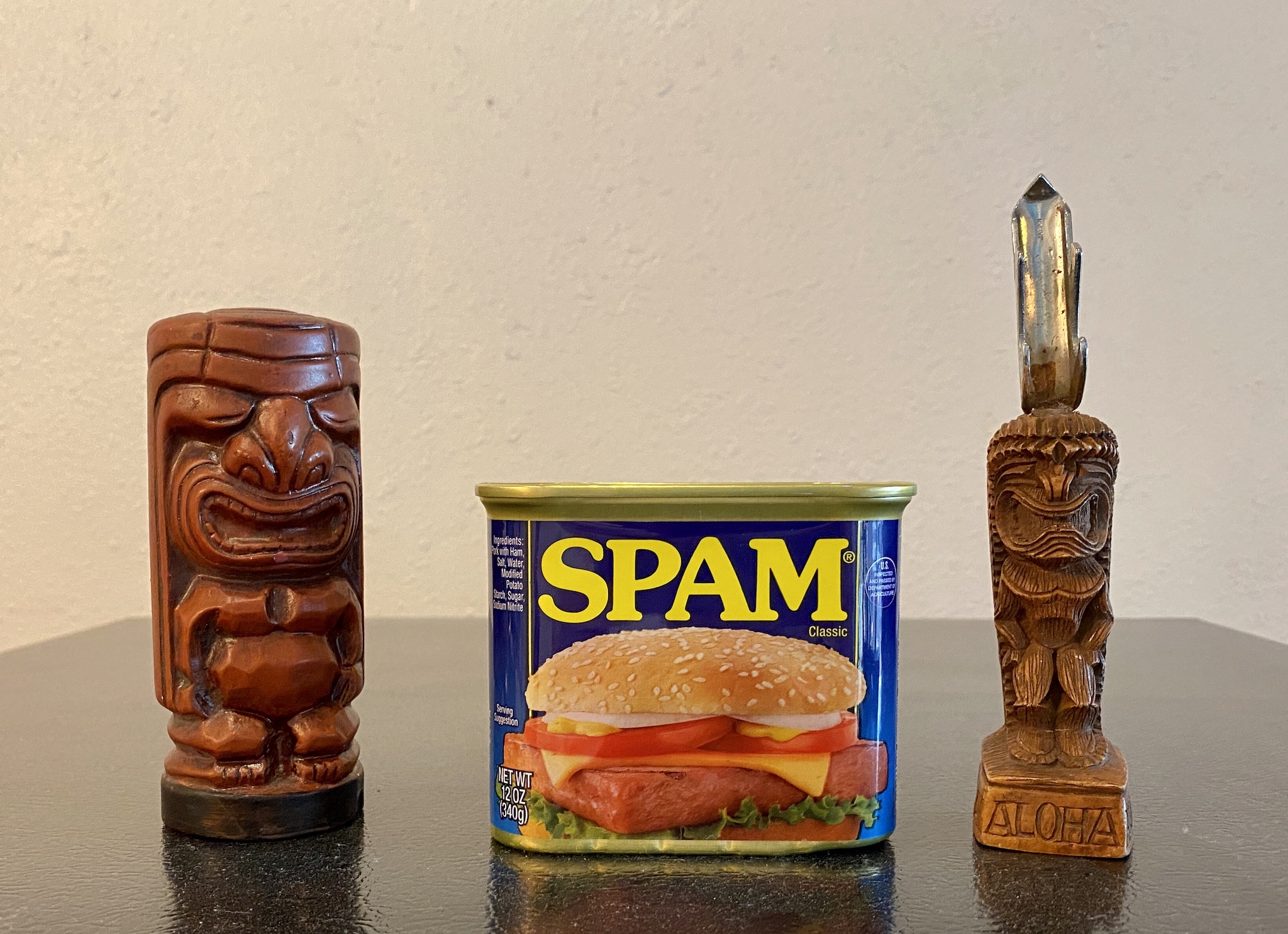 The interior has somewhat been revamped but the below wall art mural was framed and kept as part of the new look. 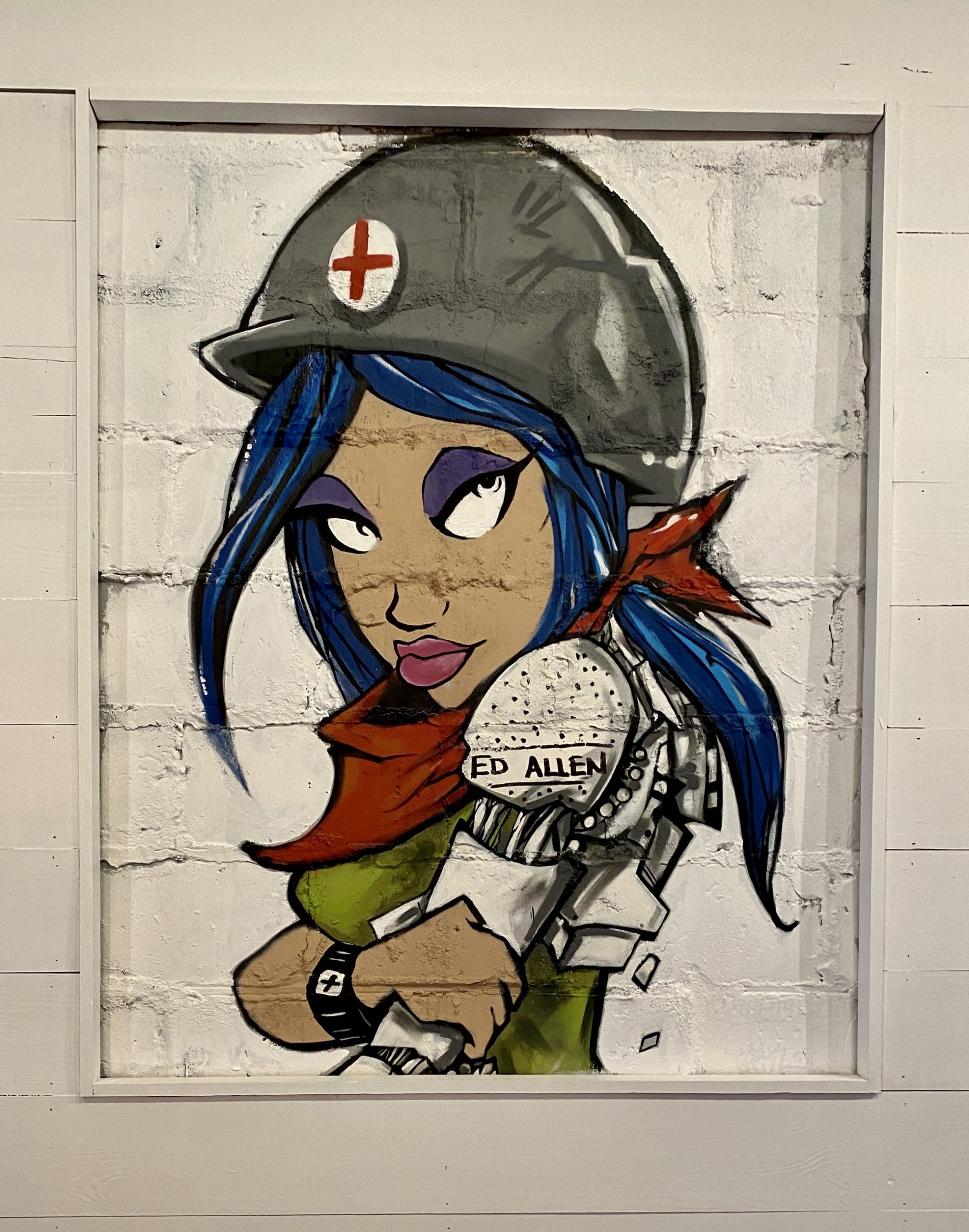 Besides the menu, they have a grab and go case in the front of the place for pre-made items such as sushi from The Lure. 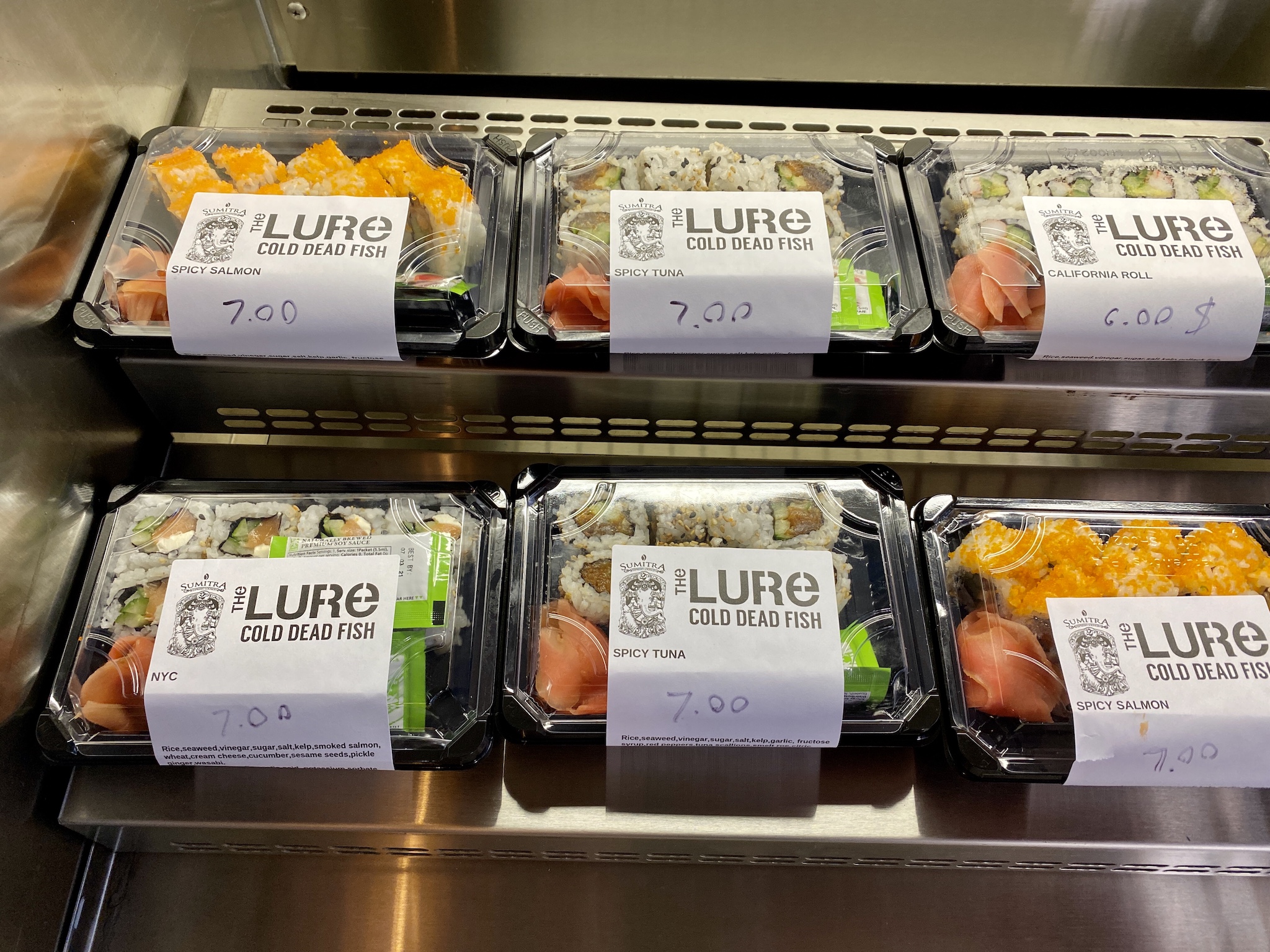 Like the place itself, the menu is small and concise but with delicious offerings. They serve beer and wine as well as regular non-alcoholic drinks. 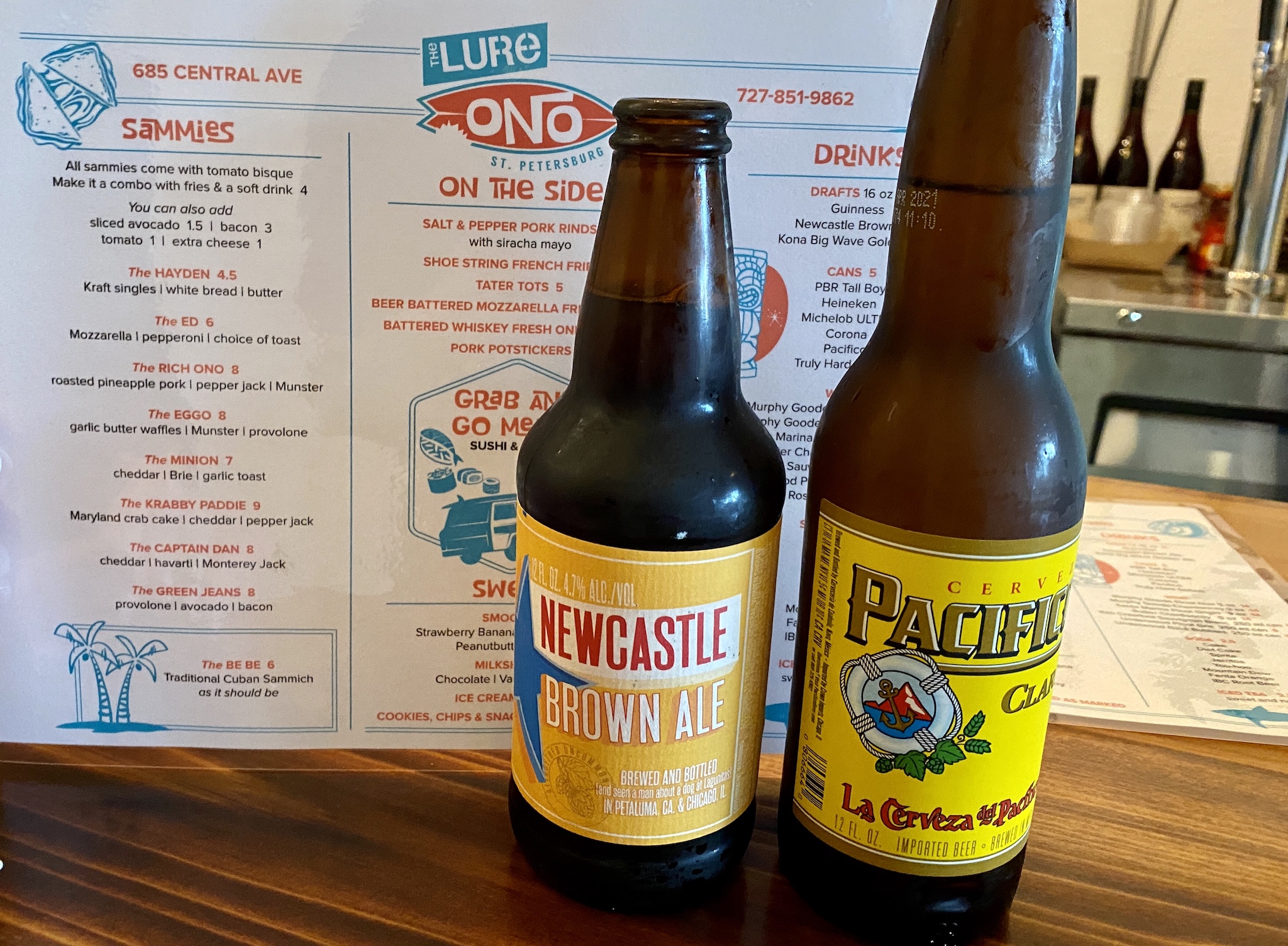 The first Sammie we had to try was The Be Be which is basically a traditional Cuban sandwich. It is done the correct Tampa way with salami as well as the pork and ham, and pressed on delicious buttery bread. We ordered onion rings to go with this one. They did not disappoint. I find some onion rings can be a bit gummy on the inside, these are perfectly fried, crisp and oh so tasty. 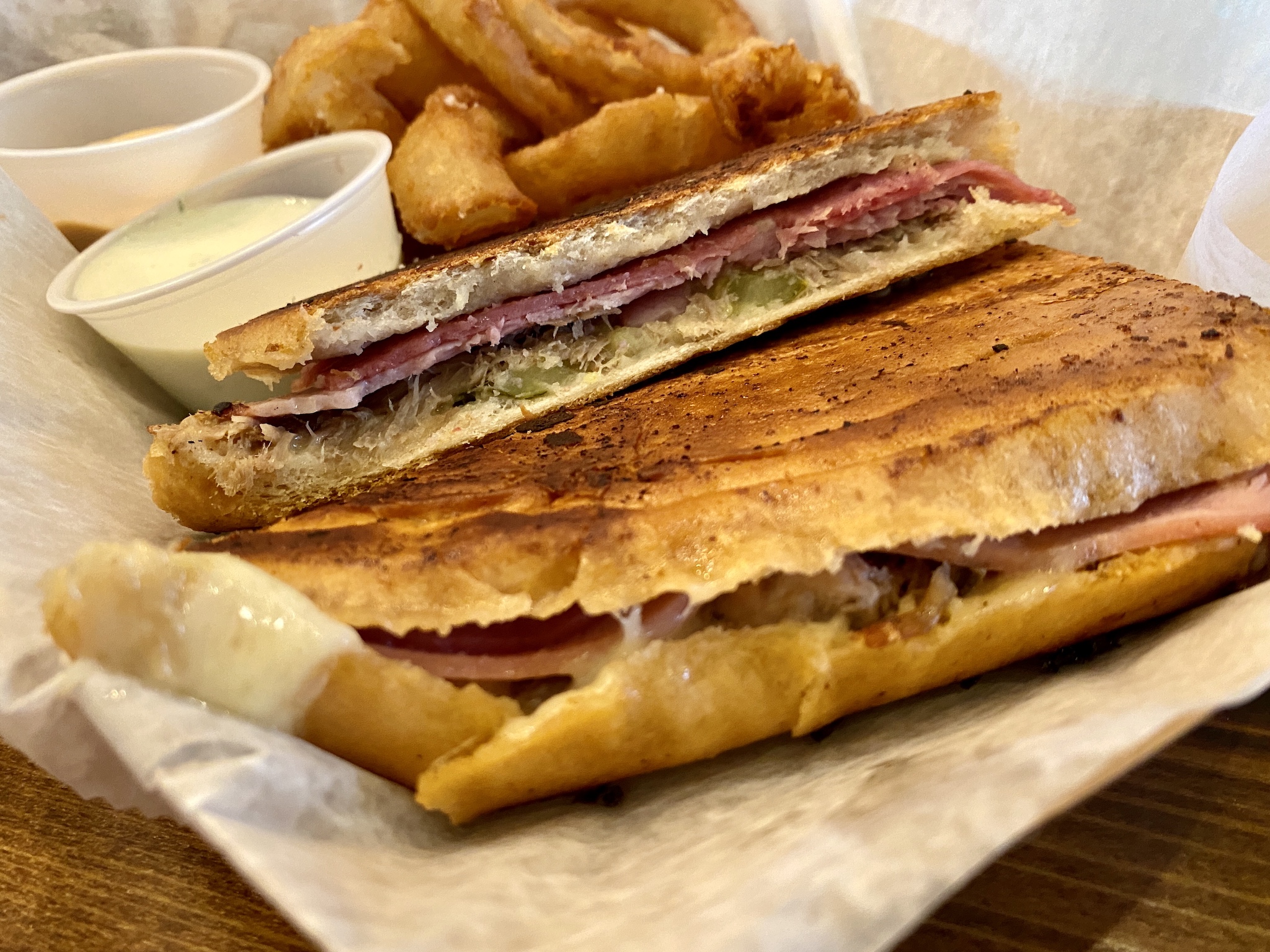 Next up was The Ed which is mozzarella, pepperoni and your choice of bread. We added tomatoes to it. This sandwich I thought was just scrumptious. It makes my mouth water just thinking of the savory, oooey, gooey goodness in each bite. The fries are simple, yet delicious. The name is to pay homage to former Central Melt owner, Ed Allen. 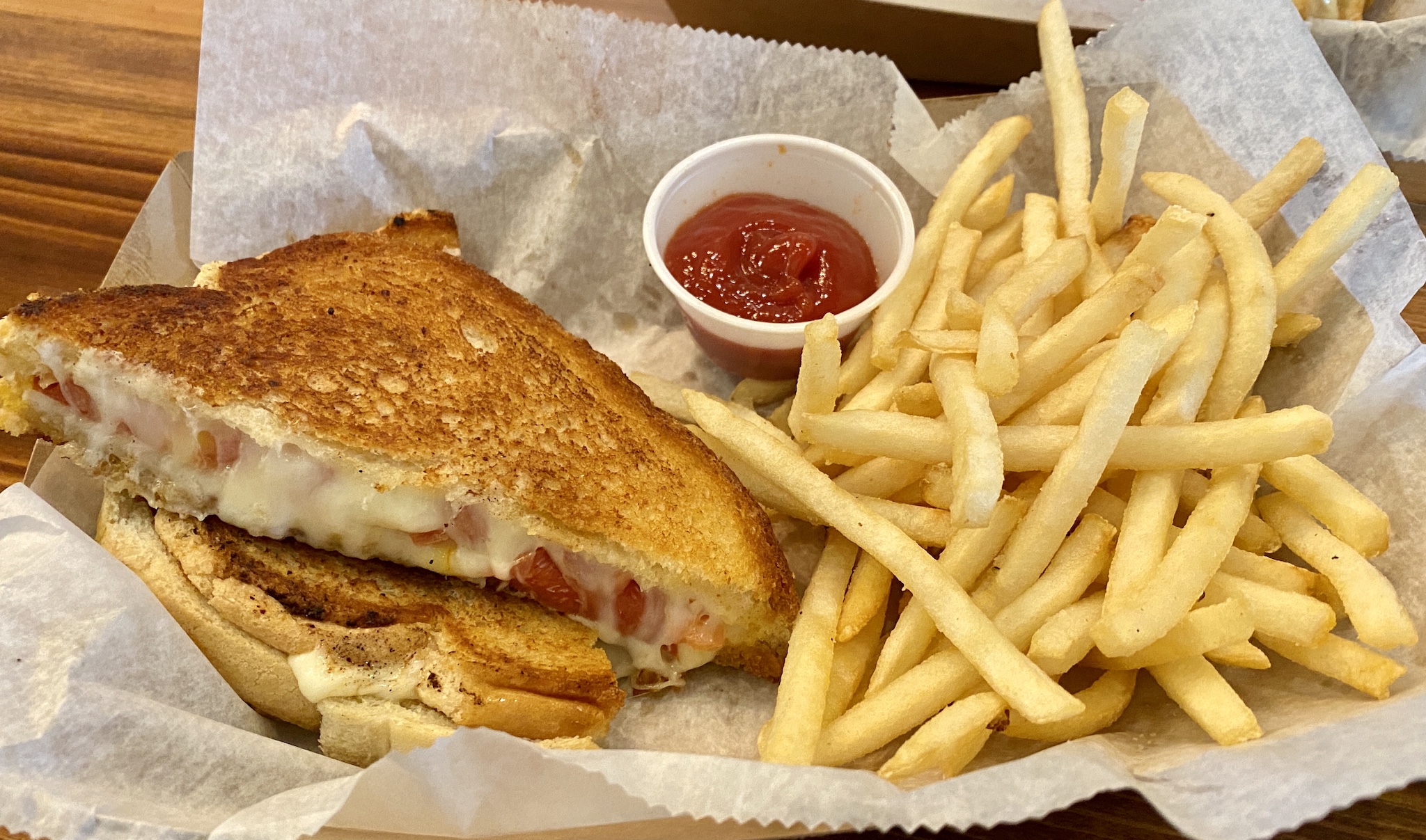 We had to try The Rich Ono too. The sandwich is named for Tom's former partner, Richard Alday, who passed away a couple of years ago. This one is a sandwich that Tom had in Hawaii a while back and fell in love with. He did not have the original recipe so he tinkered around with it to get it just right. It's made with roasted pineapple pork, pepper jack and muenster cheese. When I saw pineapple in the recipe, I was afraid that it was going to be too sweet. Not at all, it was absolutely delicious. Just a faint hint of the flavoring of pineapple in the pork gives it this amazing savoriness that I wasn't expecting. This was my favorite. I would add bacon to it next time. 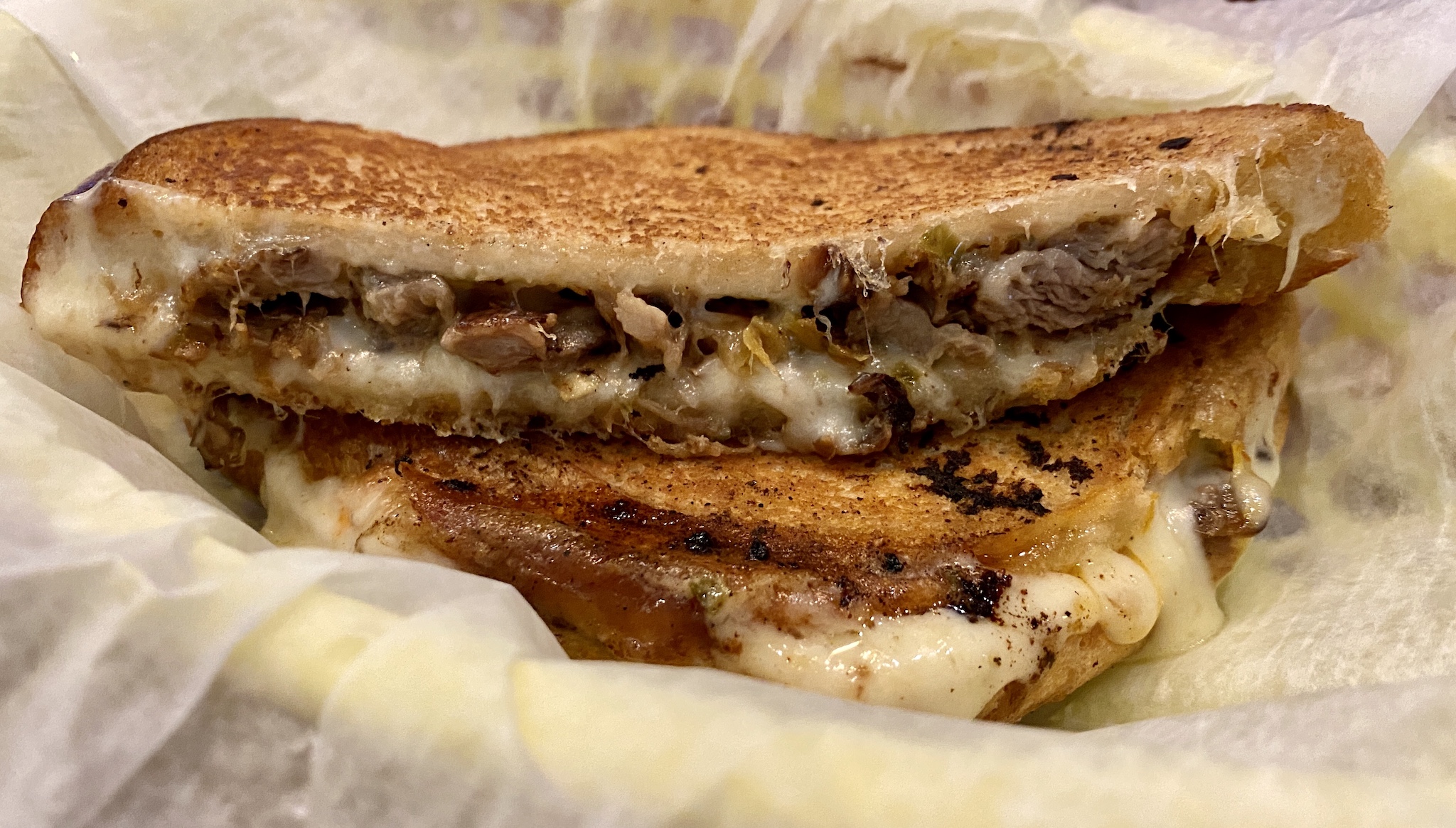 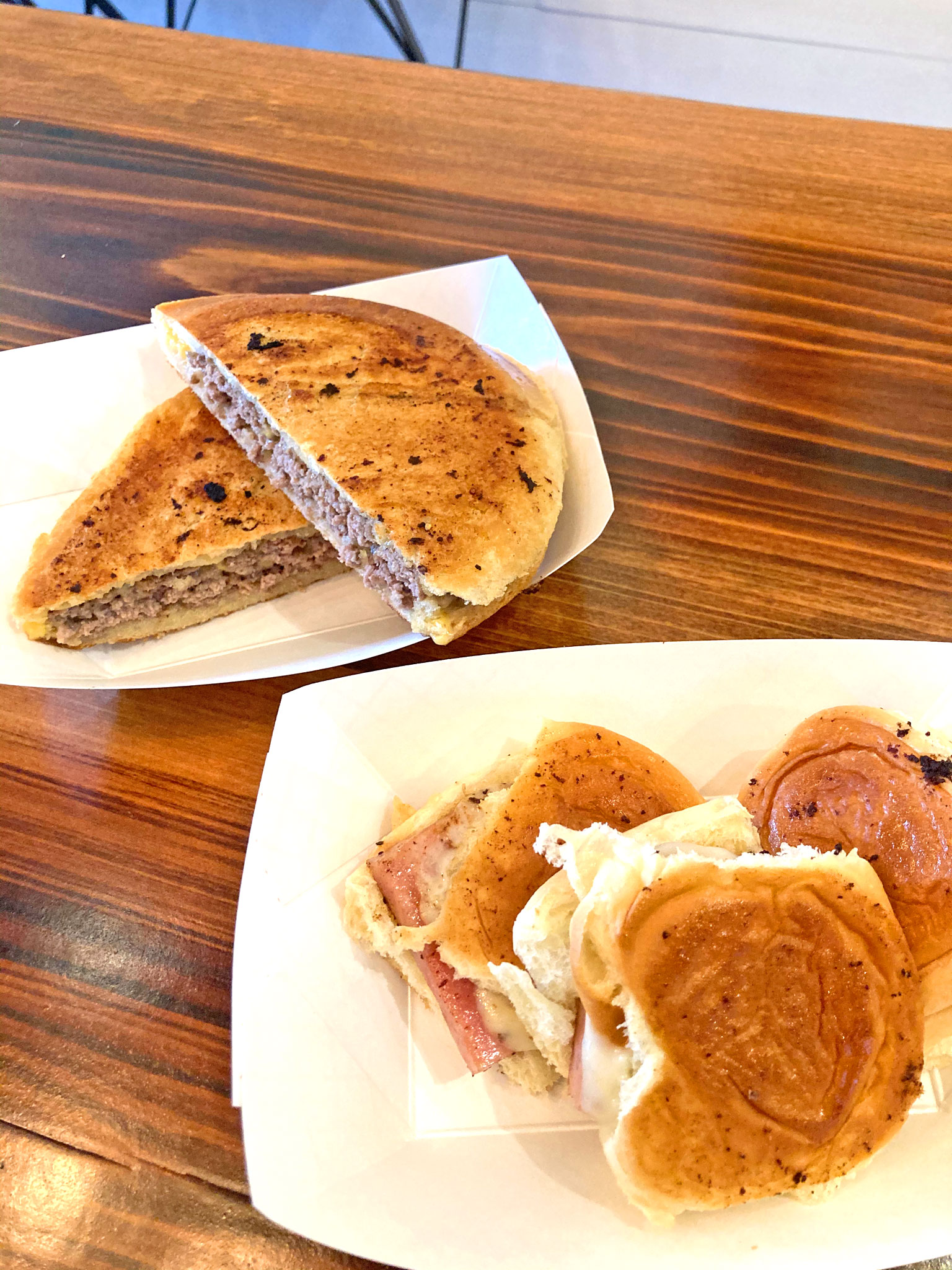 Make sure to stop in sometime soon for a delicious bite or grab something to go from their front case. You can't go wrong with anything on this menu. 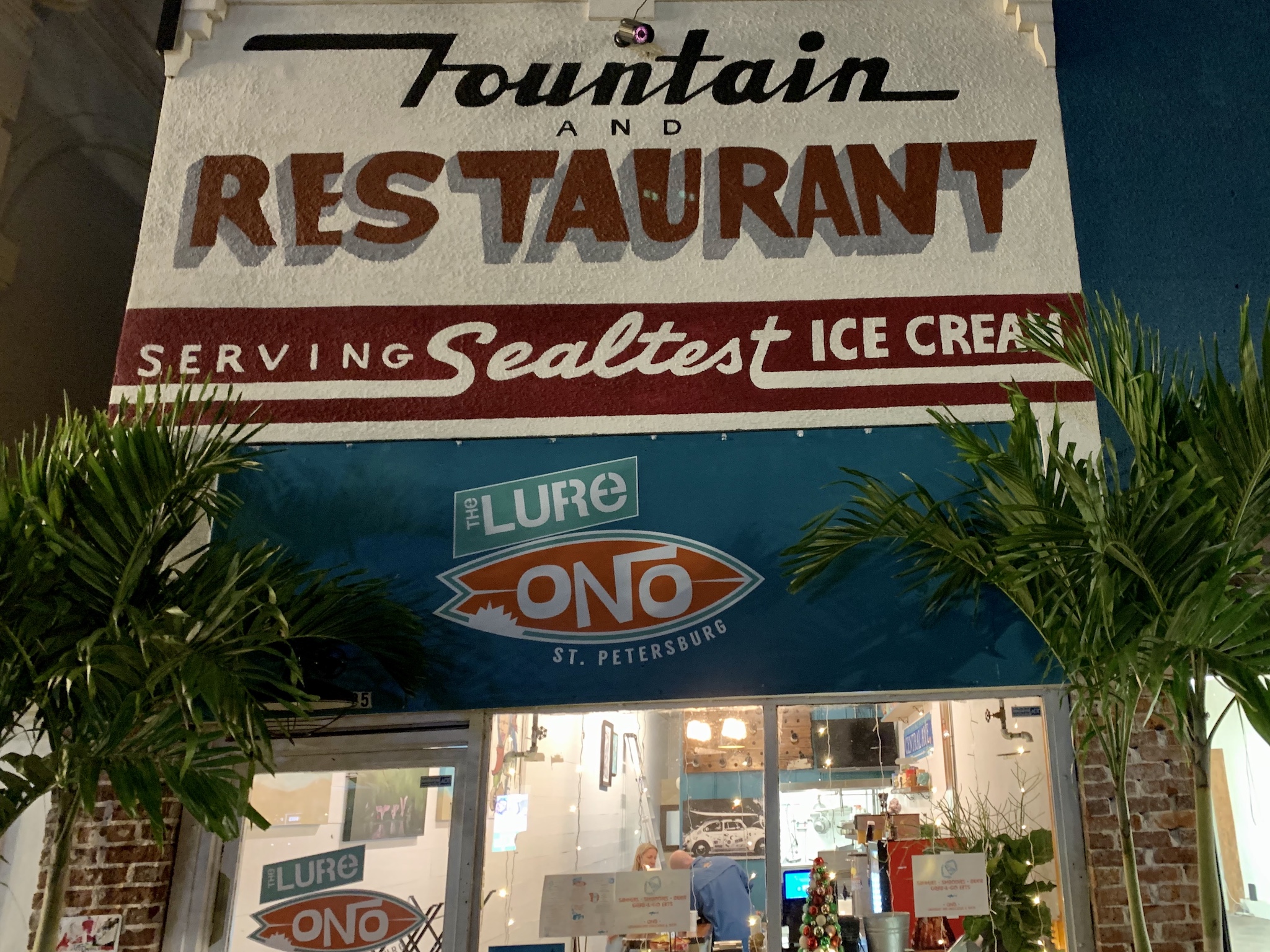 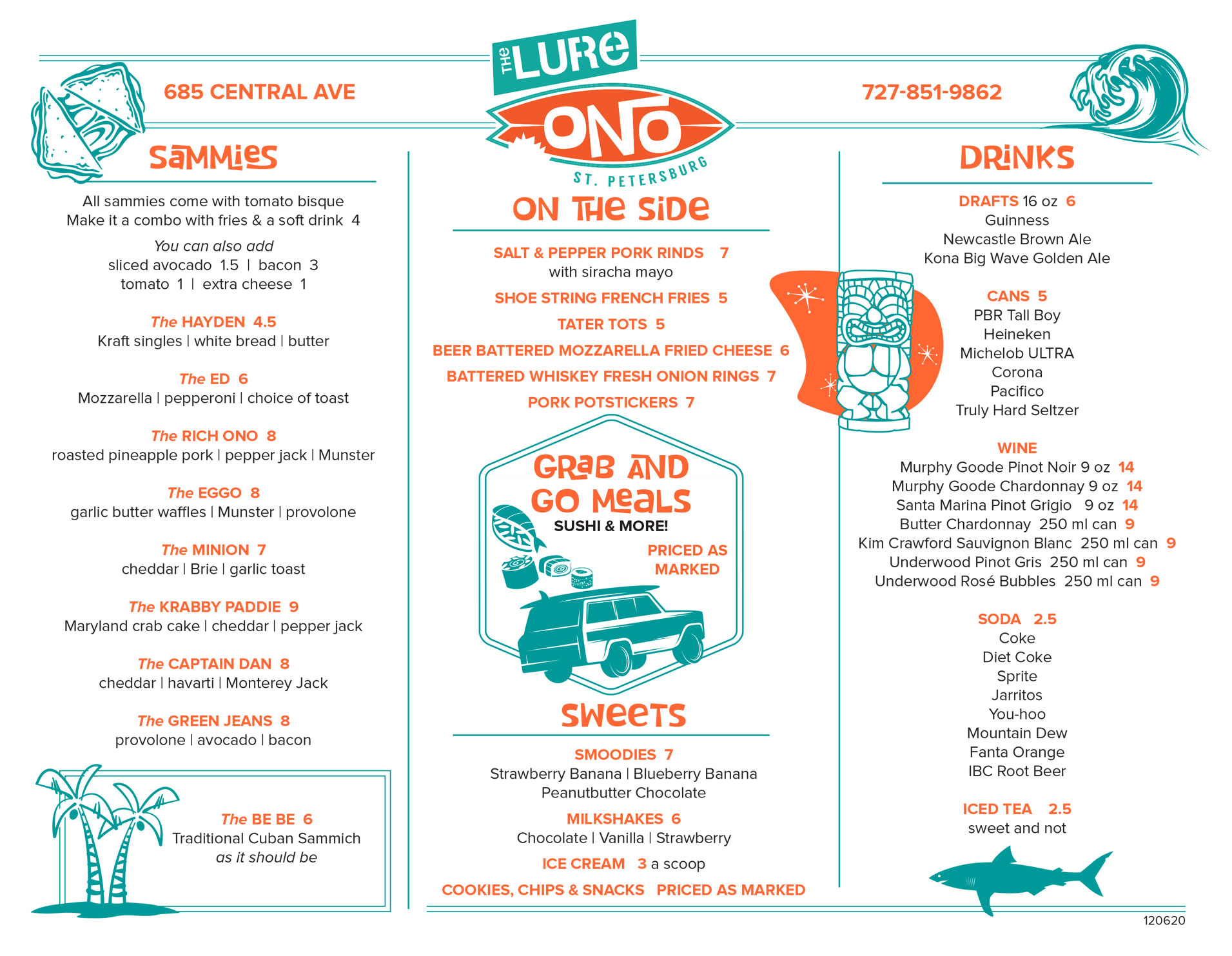