Lolita’s Brunch Gives You One More Reason To Go 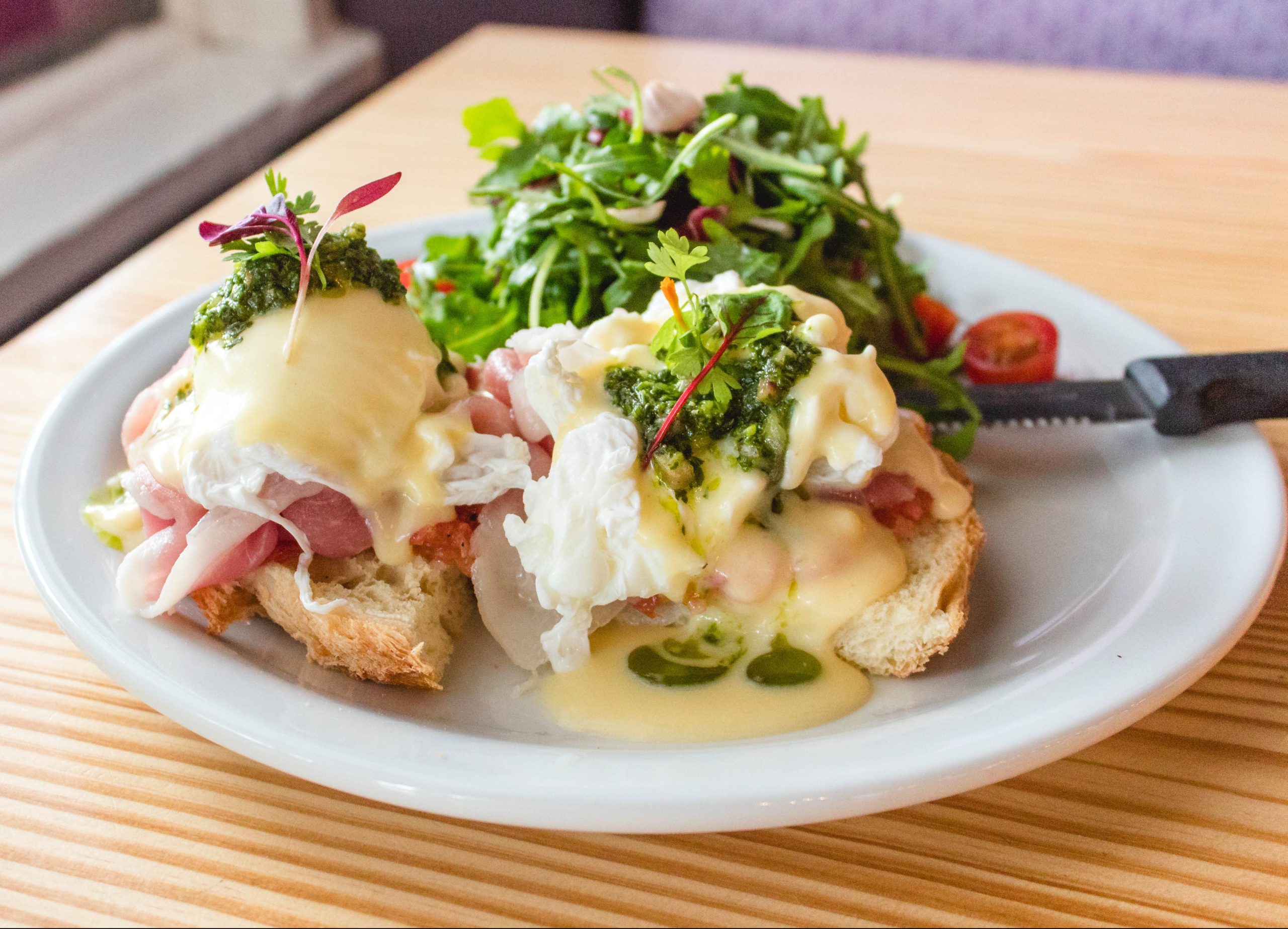 When Lolita’s Wine Market opened last year, it seemed like they relied mostly on “word of mouth” (i.e. social media shares) to get the word out about the make-your-own-charcuterie concept. Lucky for them, people couldn’t stop raving about the place. And truth be told, I still can’t.

The food is undeniably good. In an effort to explore the menu beyond the meats and cheeses, I decided to go in during brunch hours. The brunch menu doesn’t vary too much from the dinner menu. As the waitress put it, “the menu is similar but with more egg.” Precisely.

The charcuterie and their signature jars are always available, even during brunch. But the ‘Artisanal Paninis’ and ‘Small Plates’ are replaced with a section titled ‘Eggs, Etc…”, under which you’ll find dishes like The Benedict and Croque Madame.

Let me start by saying the mimosas and poinsettias (cranberry instead of orange juice) are only $3 and the sake-based bloody marys are $4 (prices are in print on the menus – hallelujah.) I’m very fond of places that serve mimosas at this price point. Chances are I will have at least two and I prefer not to pay upwards of $20 for a drink I can easily make at home with a bottle of bubbly I got on sale at the grocery store. If you are like me and get tired of the orange juice, you can opt for a $4 glass of prosecco only. Winner, winner. They also serve coffee from local roasters, Black Crow Coffee.

None of the dishes are very traditional and each has a “foodie” spin to them. The Benedict is served with Tuscan bread and topped with poached eggs, prosciutto, tomato confit (slow roasted tomatoes), and a generous portion of the salsa verde hollandaise. All of the egg dishes come with a choice of fresh greens or fresh fruit as a side.

The brunch version of the avocado toast really excites me. Instead of just avocado on the toasted Tuscan bread, you also get house-made pimento cheese, heirloom tomatoes, balsamic caviar, and an over-easy egg. Avocado toast is something that has been done again and again. It can be borderline boring (yes, I said it) but at Lolita’s, it’s anything but.

Probably the most ordinary sounding dish was the Lox and Ciabatta. Not too many surprises here with the smoked salmon, lemon zest and dill whipped cream cheese topped with cucumber and sundried-tomatoes. Likely because these flavors mesh so well together. Every bite was more savory than the one before.

Some menu items crossover. The beet salad is available anytime and in my opinion, here’s why: it’s easily one of the best salads I’ve ever had. There’s just something about the creamy truffle goat cheese mousse that lines the plate that’s inexplicably good.  The golden beets, watermelon radishes, crunchy Marcona almonds and a mound of arugula make this salad a delight to eat. If you can, make sure every bite includes little bits of the entire contents of the salad. Even those with an aversion to salads will like this one. It’s also like.. really pretty.

We probably could have done with three out of the four ‘eggs, etc..’ dishes that we ordered. With only two people, we had a quite a bit leftover. As you begin browsing the menu pencil in hand putting checkmarks next to the dishes that look appealing, it becomes difficult not to notice the food being served to the neighboring tables. Since many of the food items on the dishes are premade or fresh produce, the chefs spend much of their dish preparation on quality presentation. Recently, they’ve started using edible flowers, which I’m a sucker for. That combined with a menu that’s strategically left on the table at all times makes it difficult to stop ordering. My recommendation is to go with a group of four or more. That way, you can just keep the food coming.

Without a doubt, I will be back sooner than later whether it be for brunch or dinner. To be honest, I don’t prefer one over the other. It’s the quality food, inventive flavor combos, and cozy interior that makes Lolita’s a place you’ll want to return to often. 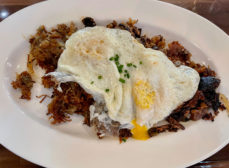