The Deck Bar and Grille at Isla – it’s a spot that I’ve driven past hundreds of times on the way to St. Pete Beach yet never paid it any attention. That’s because it’s tucked away in the back of the Isla Del Sol Shoppers Village just off of the Pinellas Bayway. The restaurant sits on the water with an attractive open-air atmosphere. It’s cozied right up next to the Isla Del Sol Yacht & Country Club and The Deck is somewhere that I wouldn’t mind ending up at after a round of 18. The overall feel is that of a sports bar with a different game on every television, buckets of Rolling Rock and PBR and a menu of non-pretentious food items like burgers and sandwiches, wings, tacos and more.

Indoor and outdoor seating is quite abundant with lots of bar seating as well. For 6:00PM on a Tuesday, the place was quite packed. With specials like all day happy hour from 11:00AM-6:00PM as well as $2.00 Tuesday deals on select beers and vodkas and trivia night, it’s quite easy to see why. The all day happy hour which happens Monday – Friday from open until 6:00PM also draws in the crowds. In addition to trivia, on select nights they also have karaoke and live music. The sports bar vibe that The Deck gives off, as well as the number of televisions, also makes it an ideal spot to catch a ball game.

If you’re into karaoke, The Deck may just be the place for you. On Sundays, they have karaoke as well as brunch cocktail specials on mimosas and Bloody Marys.

Per usual, my husband and I eyed two open seats on the outdoor portion of the bar and swiftly scooped them up. We were promptly greeted by the bartender and informed of the Tuesday specials: $2.00 PBR & Rolling Rock Cans, Fireball, 3 Olives & Deep Eddie Vodkas. We both jumped at a Deep Eddie’s Lime Vodka and Tonic – and of course it was as refreshing as it sounds.

We mulled over the appetizers for a while but ultimately found balance somewhere between the hot boneless chicken wings and the nachos. The nachos were exactly as we had hoped: lightly topped with the basics like lettuce, tomato, queso, homemade chili and jalapeños and served with sour cream and salsa. It was plenty without being too overwhelming but we could’ve probably made that a meal had we eaten every bite.

My husband loves buffalo chicken wings, especially boneless buffalo chicken wings. Okay, I do too – but not boneless. I’m a traditionalist all the way when it comes to my wings but hey, we have to pick our battles, right? The wings arrived and the portion was quite fair though the presentation was underwhelming. We opted for hot and the flavor was on point with the perfect touch of heat. However, we would have liked the boneless bites to possess a bit more crunch and character. However, we did watch a number of traditional wing orders make their way out to various tables and they looked delicious.

In between our appetizers and the entrees we requested a simple side salad with balsamic vinaigrette and it was a fantastic intermission between the two acts. Nothing fussy or frilly – just some simple toppings on a small bed of greens with a zingy balsamic dressing to round things out.

After watching them hit the tables of numerous hungry patrons around us, we ultimately decided that we had to get the Mahi tacos. The tacos arrive as a trio and do not come with two sides like the other entrees. Trust me, you won’t need the other sides. The tacos are enough heft on their own. The Mahi was wonderful and flaky with great blackened flavor. A simple slaw rests underneath the fish. Overall, the tacos were good but they could’ve used some kind of crema or a different salsa perhaps. We did not care for the small cup of tomato salsa provided.

Out of everything from The Deck that we have had the chance to try thus far, the Tampa Cuban was my favorite. Between two pieces of a pressed Cuban roll you’ll find salami, mojo pork, ham, Swiss cheese, mayo, mustard and sliced pickles. Simple with the staple ingredients only, just as it should be. Each sandwich is served with a side. My usual choice would’ve been French fries but we decided to switch it up for a change and let tots have the spot light. Let’s face it, they did the job but French fries are just always going to be the go-to for me.

Even with how busy The Deck was, in the midst of the dinner rush, the service was still impeccable. We were sitting at a full bar, which wrapped around the establishment, with multiple folks and our bartender never missed a beat. Ultimately, The Deck Bar and Grille at Isla is a quaint little gem, especially for the folks living in the surrounding communities and those who frequent the golf course. It’s the type of place with a bar that anyone would feel comfortable bellying up to. With specials like all-day happy hour, $2 Tuesdays and Sunday brunch specials, what’s not to like? 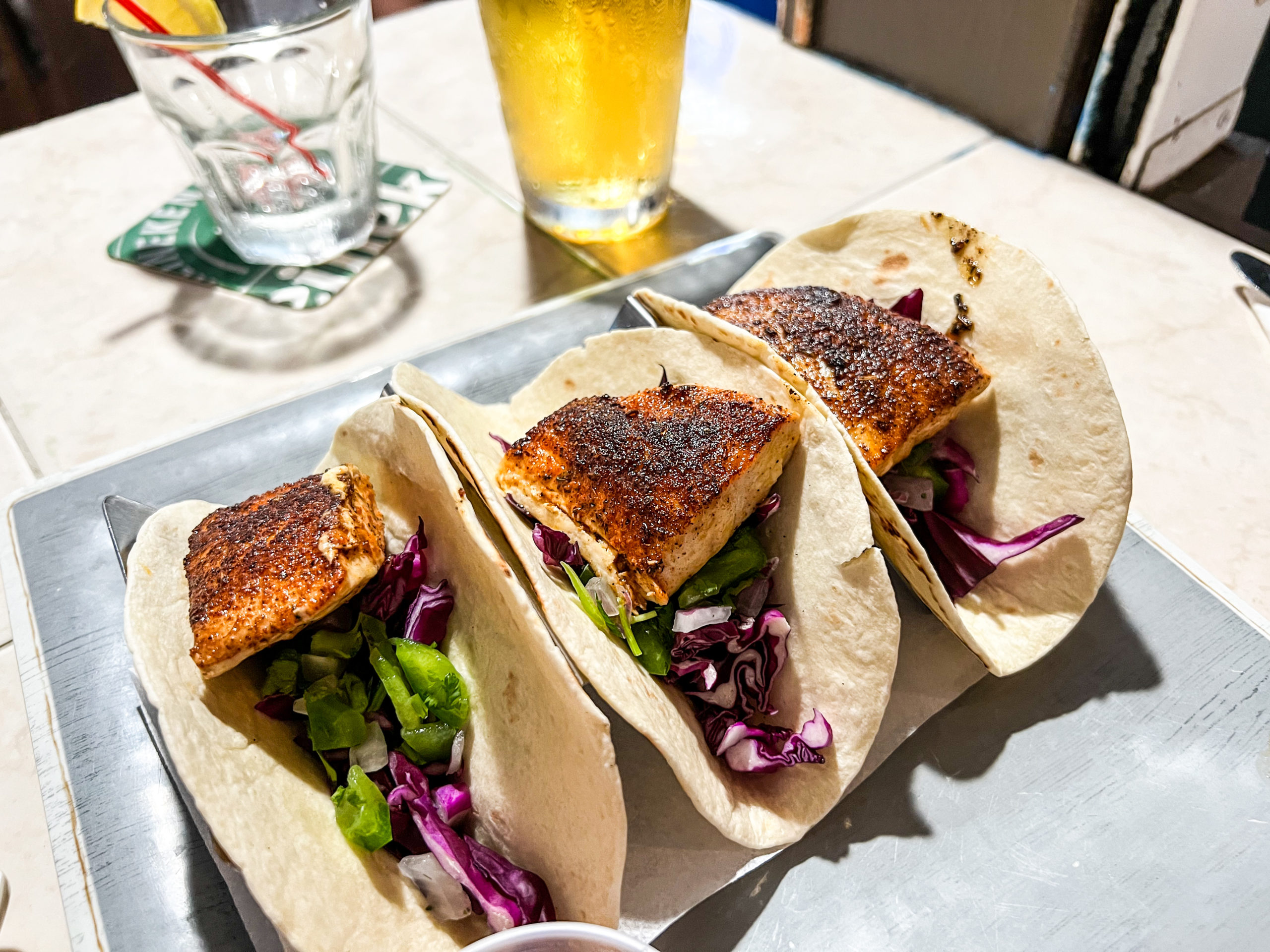 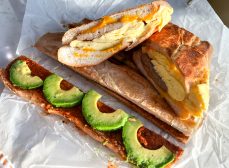 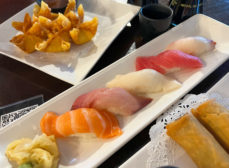 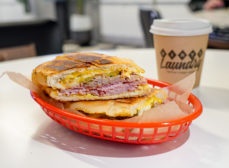