Congratulations to Jacob Linzey and Ashley Castillo as the new owners of two of the best restaurants in St. Petersburg. We’d like to thank Chris DiNeno, Broker/Owner of the EnterDine Group @ Main Street & Main, for connecting us so we can bring you this news. (DiNeno brokers many restaurant ownership transactions, including this one.)

Annata Restaurant & Wine Bar, and Alto Mare are right next to each other on the 300 block of bustling Beach Drive in downtown St. Petersburg, right across from North Straub Park.

Jacob has spent his entire life in food & beverage, starting at six years old when his grandmother started teaching him to cook, and it just stuck from there. He has his degree from The Culinary Institute of America. He has been Director of F&B, and Director of Restaurants for Marriott / Ritz Carlton in several locations all over the world, and has been in charge of several award winning restaurants, including Michelin-starred eateries.

Most recently, he was VP of JF Restaurants, which includes 701West, Michelin-starred Chef John Fraser’s fine dining restaurant, the first and only of its kind in Times Square.

I spoke with Jacob on the phone, and asked about any changes, and if Executive Chef Joshua Breen is being retained. He is, and we both agreed that he is one of the most talented chefs in St. Pete. He said, “The entire staff is solid, well-trained, and motivated. I feel lucky and excited.”

Via text from Joshua Breen:

The news at first was a complete shock, but what hasn’t been in 2020. When you work for the Mazzaro family for as long as I have they really treat you as such. We’ve come a long way here on Beach Drive. Change can be tough but also extremely humbling. With that said the Annata and Alto Mare staff are extremely excited to welcome Jacob to the family. We couldn’t be more excited to see what his extensive knowledge and history in our industry will do for our beloved restaurants. Our goals are the same. We are going to raise the bar in this town! This next phase we will be working with community programs, local farmers, breweries, oyster farmers and more. I certainly look forward to what 2021 and what the future holds for Beach Drive. I want to contribute to the never ending growing culinary mecca that St. Petersburg has become and believe Jacob can help take us there.

Ashley and Jacob worked together at the Gaylord Texan Resort & Convention Center in Dallas. She has her Bachelor’s in Hospitality Administration/Management from the University of Central Florida. She is now the head of operations for Annata and Alto Mare.

Annata and Alto Mare were originally founded by the owners of the iconic Mazzaro’s Italian Market, Kurt and Mary Cuccaro in 2014 and 2019, respectively. We reached out to Kurt to inquire about Mazzaro’s ownership, and he said, “Yes, Mazzaro’s is staying with us. It was a lot to handle with the market and the two restaurants. Mazzaro’s is about the equivalent of having eight Annata’s.” Before Annata, Cuccaro opened and sold 4th Street Shrimp Store and St. Pete Bagel Co. 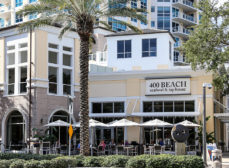 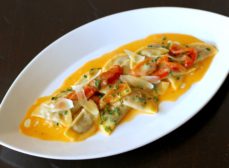 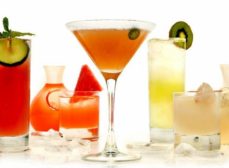