The much anticipated opening of new Italian restaurant Spacco Italian Grill in Sarasota FL will take place on February 1, 2017.

Although Spacco Italian Grill in Sarasota is a separate company from Gratzzi Italian Grille in St. Petersburg, it is being launched by the same cuisinal masterminds of Domenic D’Angelo and Tony Mangiafico co-owners of Gratzzi. They will initially split their time between the two locations, and then eventually hand the reins off to Domenic’s sister, Costanza Brown and her sister-in-law, Trish Brown—both of which have years of experience in the hospitality business and have been training at Gratzzi recently.

It was originally reported here, that Spacco would be more casual and not have table cloths like Gratzzi. From the above photo, they apparently changed their minds about not having the table cloths. The décor and ambiance still seems a little more casual though.

Several of the popular Gratzzi entrées will be on Spacco’s menu, but there will also be many new items exclusive to Spacco.

Another new item is Arancine – A Sicilian classic, crispy risotto balls filled with meat sauce, peas, parmesan, and mozzarella, with a side of pomodoro sauce.

So, get to Spacco Italian Grill on February 1st, and as my grandmother used to order us kids at the table: “Mangia! Mangia!” 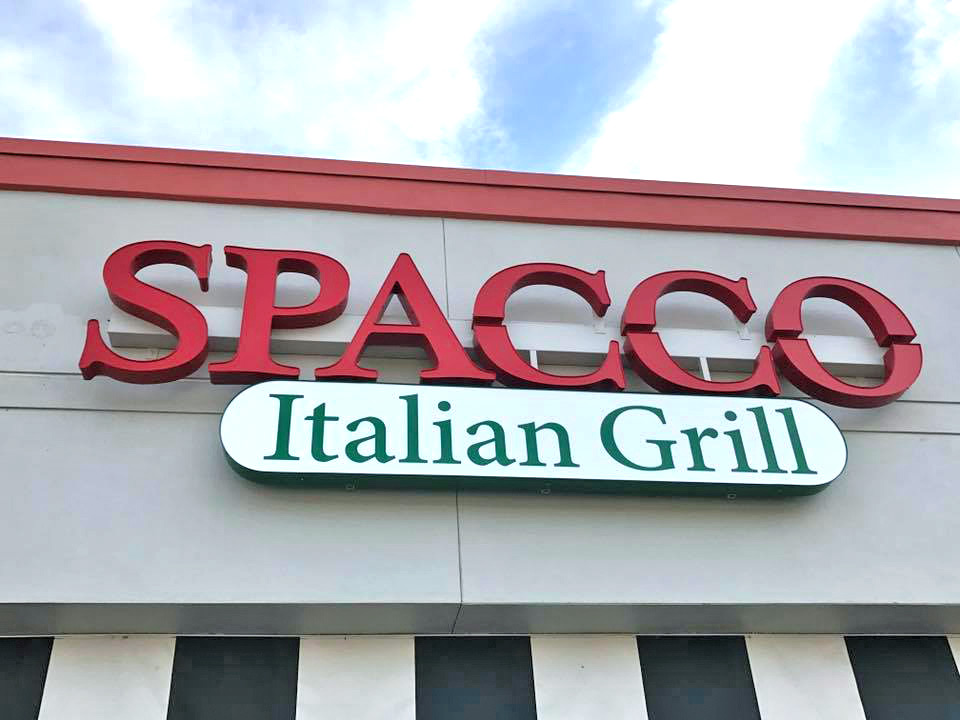