Some people are going to be offended by this, but that’s just the way it goes. It seems that most people have no clue whatsoever when it comes to knowing what authentic Mexican food is. I see so many places getting excellent reviews that are just average at best. Then I see awesome places getting bad reviews. Here we go again with the “Taco Bell crowd” or someone that went on a cruise to Cancun thinking they know what authentic Mexican food is.

Another thing that is important is the quality and freshness. Instant rice from a box, and refried beans from a can does not define a good Mexican restaurant.

Gracias a Dios that wasn’t the case with Agave Mexican Restaurant.

Agave on St. Pete Beach says it is “The True Flavor of Mexico – Authentic Mexican Restaurant”. A lot of places say that, but for many of them it is mierda (bullshit). Not for Agave.

Agave Mexican Restaurant is owned and operated for 12-years by a Mexican family using their own recipes from back home.

One of our favorite and most respected chefs, Jason Cline, formerly of The Birch & Vine, and currently running his own place, Poké Rose, when the question was asked, said in a Facebook post; “Agave is the most authentic …”.

That’s what sent us to Agave in the first place, and of course, Chef Cline knew what he was talking about. Later, I asked a friend of mine that is from Mexico, and who also happens to be a chef for his recommendation, and he also said Agave.

It’s a small casual place with extremely friendly and attentive staff that all take turns helping you. Geraldo and Lola took care of us. Geraldo’s aunt owns it—Tía Nina to him.

They have one of the best house Margaritas in St. Pete. It is smooth without the mix being too much.

As is usual in a Mexican joint, we started out with chips & salsa, and queso dip. Since so many Mexican places give patrons the chips & salsa for free, most people complain when they have to pay for them.

In a recent conversation with Edgar Veytia, Marketing Director of the Red Mesa trio of Mexican restaurants, regarding the fact that they charge for chips and salsa, he said; “My family eats here. I’m not going to give them cheap crap out of a can.”

Anybody that complains about paying for Agave’s chips and salsa doesn’t deserve them anyway. Everything is house made and quite delicious. You get three cups of sauces that go from hot, to hotter, to …”help, I need a fire extinguisher!” A fourth larger saucer of mild salsa cruda is included as well. All of these are heavenly.

Lori has a method whenever trying a new restaurant. She picks one go-to dish for every cuisine and always orders it to make comparisons. For example, when trying an Italian restaurant for the first time, she always orders something with a bolognese sauce. For Mexican, it is always fajitas—even though fajitas are Tex-Mex—that’s what she likes for her Mexican restaurant test.

I had the Enchilada de Pollo (Chicken) – filled with a Green Chile Tomatillo sauce served on corn tortillas with rice and beans, topped with cheese and baked, served with sour cream. This is one of my go-to-dishes for Mexican, and it passed with flying colors of green, white and red.

We give Agave Mexican Restaurant our highest rating.

The only warning to locals is that parking may be difficult at dinner time, which is all the more reason to take an Uber—especially if you’re going to be drinking. They have 84 tequilas. Just don’t try them all in one visit.

See the Agave Mexican Restaurant Listing in our St. Petersburg Restaurant Guide. Do your own ratings & review – click here. 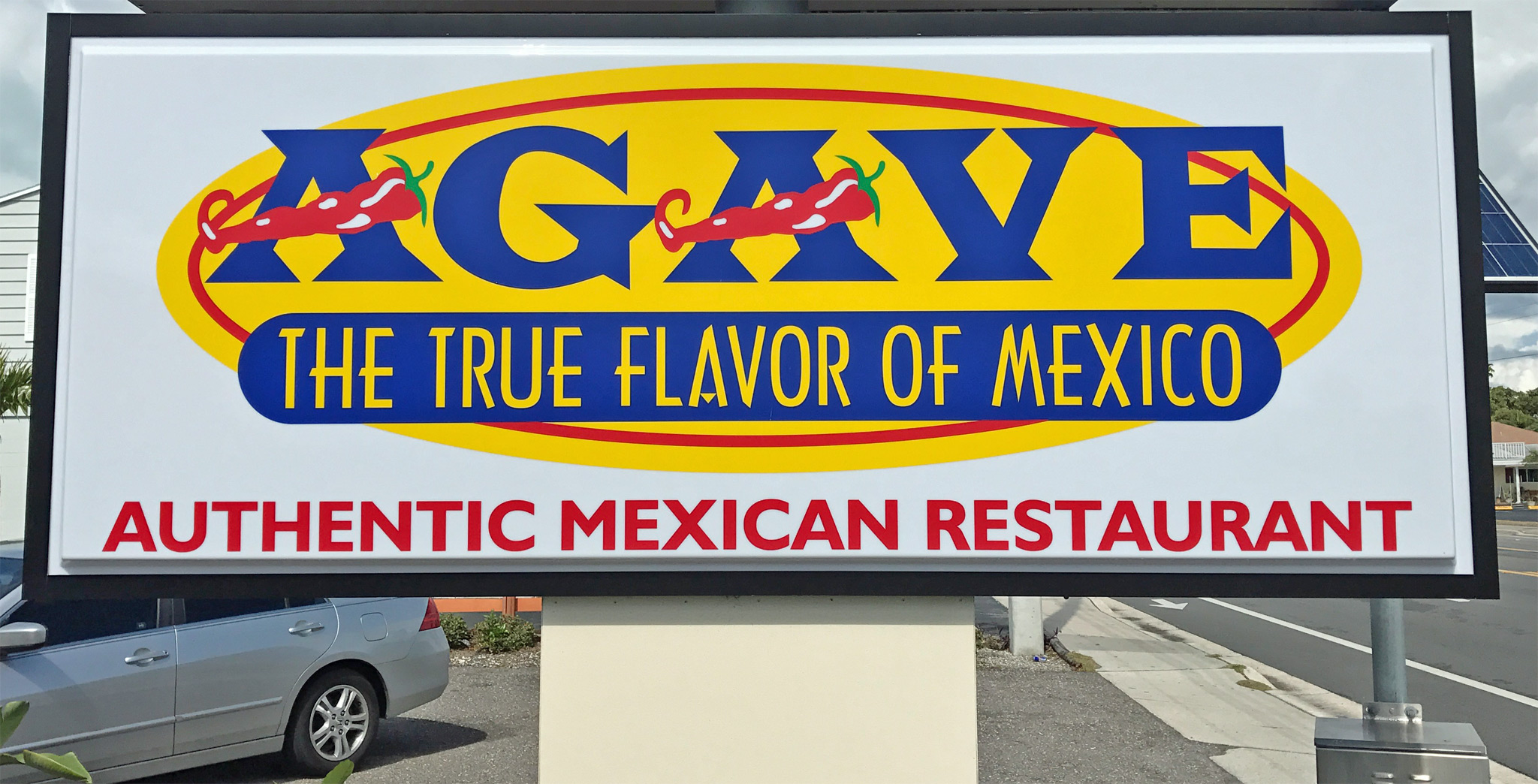 Casual, authentic Mexican restaurant owned and operated by a Mexican family using their own recipes from home. Cozy, friendly place with tasty food and one of the best house margaritas.