The Big Catch at Salt Creek has been working on an exciting new menu since bringing on new Executive Chef and GM, Jason Gordon, formerly of Brass Bowl Kitchen & Juicery, in mid-February. Chef Jason is known for fresh, colorful, very creative and, of course, delicious food.

The pandemic brought a lot of things to a screeching halt just after he began his new position, but this gave chef time to really get things going the right way and to work on his menu to make it not only “flip flop fabulous” (The Big Catch’s slogan) but elevated and inventive as well.

Last week we were invited in by Chef Jason and partner, Mario Farias, for a tasting of some of the new menu items so we could highlight them and bring them to you. Fair warning, these photos will make you want to run, not walk, to The Big Catch, with your mask on of course. As I write this Mayor Rick Kriseman just made masks mandatory for all businesses in St Petersburg and very much encouraged for patrons. The Big Catch actually chose to require masks for all of its employees before the announcement and is employing high technology deep cleanings consistently.

We started with the Charbroiled Oysters cooked with shallot butter, bacon, chives & toasted breadcrumbs. How can you go wrong with those ingredients? I could have eaten several more of these. The marriage of these flavors hits all of the tastebuds with awesome umami notes and the texture from the bacon and breadcrumbs is very pleasing.

We were told our next dish, the Cauliflower, which is lightly fried and tossed in a Florida citrus glaze, is one of the most popular new menu items. The crisp on the fry of the cauliflower is perfect, not gummy or too greasy. I am not one for sweet, savory is more my game, so that being said, I thought this dish was very good and I can see why many would love it. It was just a tad too sweet for my taste. But a terrific dish for sharing with friends while sitting waterside on the deck.

Spoiler alert, this next dish was hands down my favorite next to the oysters. The Pork Belly Candy which is done by sous vide and has a Cuban espresso rub, agave glaze and is topped with crisp shallots, is slap your mama amazing! But wait, I just said I am not a fan of sweet. This dish balances the sweet, savory and acid flavors and textures so well it just makes your mouth sing!

Just look at this…scrumptiousness at its best!

This next dish we had seen pictures of already on social media and were eagerly awaiting the Butter Prawns. They are served with a preserved lemon curd and crisp basil leaves. Absolutely delicious and huge. They came easily out of the shell and had a flavor and mouth feel more similar to lobster than other prawns I have had. I actually preferred to eat the prawn without anything on it. The lemon curd was good but the prawn itself doesn’t need it to shine.

We have eaten a lot of octopus in the past year, as Kevin recently put out the best octopus list. By far this Grilled Octopus, which is described as tender baby octo, charred chili pineapple and key lime aguachile, is the most visually stunning I have ever seen. However, it wasn’t my favorite dish. For me it just had too many ingredients that masked the charred octopus flavor. I prefer simpler when it come to octopus. Though Mario says it is flying off the menu, so it just must be me on this one.

Our first entree was the Grilled Everything Red Snapper served over grilled cauliflower steak, saffron butter and burnt leeks. Grilled everything anything would be delicious no matter what, don’t you think? And it was. This one is named so since everything is grilled. The fish inside was flaky and perfect and as you can see outside had a great crisp on the skin. The saffron butter and the leeks marry perfectly with this fish. Definitely one of my favorites from what we tasted.

Our next entree was the Jerk Rubbed Short Rib which is slow braised beef over a plantain mash, roasted heirloom carrots and topped with a Bumbu rum reduction. The short rib was cooked to fall off the bone perfection and delicious with the reduction. And how creative to make a plantain mash? The mash bed was a little sweet for our tastes, as plantains are naturally a tad sweet. However, when Kevin ate the leftovers later, he said he really liked it. He said that there were some solid parts in there that gave a nice texture like lumpy mashed potatoes and that it didn’t taste as sweet 2 days later. Of course, the sweet thing is a personal preference, and not a flaw in the dish. I mean just look at it! It’s such a gorgeous dish!

For those of you who love your dessert, this one is very creative and a great mix of savory and sweet…more on the sweet side. Pineapple Upside Down Cornbread – sweet corn bread with cinnamon brown sugar butter. We were stuffed so we only had a few bites. But you dessert lovers out there, gotta try this!

All in all The Big Catch has really stepped up their game with their new menu. And they still offer many fan favorites and staples for those that just want a grouper sandwich or some wings whilst hanging out waterside listening to some live music. 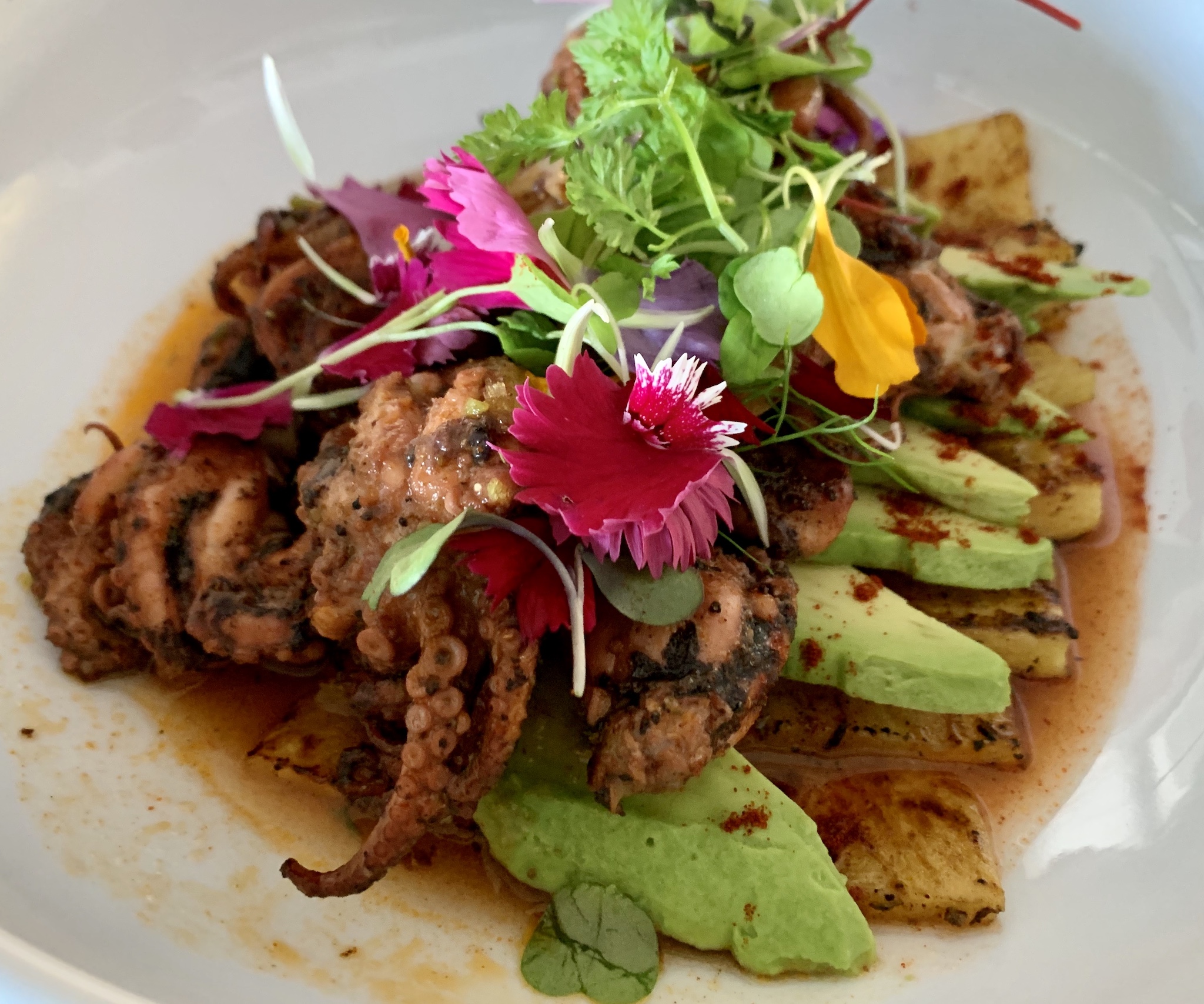 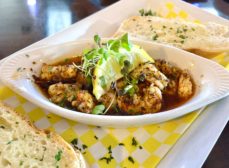 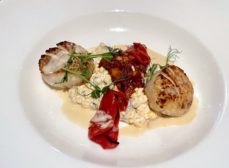