It all started with Urban Brew and BBQ and next came, Urban Comfort. This piece will focus on the formation and motivation behind the third venture, Urban Creamery.

The Birth of Urban Creamery

On April 2nd, 2016, Urban Creamery was opened. To be clear, Andy already had the space that would become Urban Deli and Drafts but was using it for storage. He said, “That space became available downtown. We were curious to see what it would be like to have a location there, but the space didn’t have a hood and one could not be put in, so we were limited on what sort of concept we could do. We didn’t have a dessert place yet and sure, we consumed ice cream. We wanted to start making our own ice cream but we didn’t want to open “just” an ice cream shop. We wanted to have a dessert place, so that’s where the dessert waffles come in.” They are actually going to start selling other prepared desserts that the pastry chef will start making out of the Creamery, as well.

The ice cream, Belgian waffles and waffle cones are all made in house from scratch.  The only thing not made from scratch are the toppings.

The ice cream is always rotating. As soon as they finish one container, it is replaced by a new flavor. The only flavors that are constants are the Vanilla and Chocolate.

We tried two Dessert Waffles. Kevin ordered the Honey Graham and I ordered the Strawberries and Cream. Yum! Kevin and I are not big dessert eaters at all, but I must say that these waffles were a true treat. Not too sweet and the ice cream was scrumptious. Smooth and creamy…

The fact that everything but the toppings is made in house, from scratch, certainly makes my grandmother happy! She said I used to say “It’s made from scratches.” 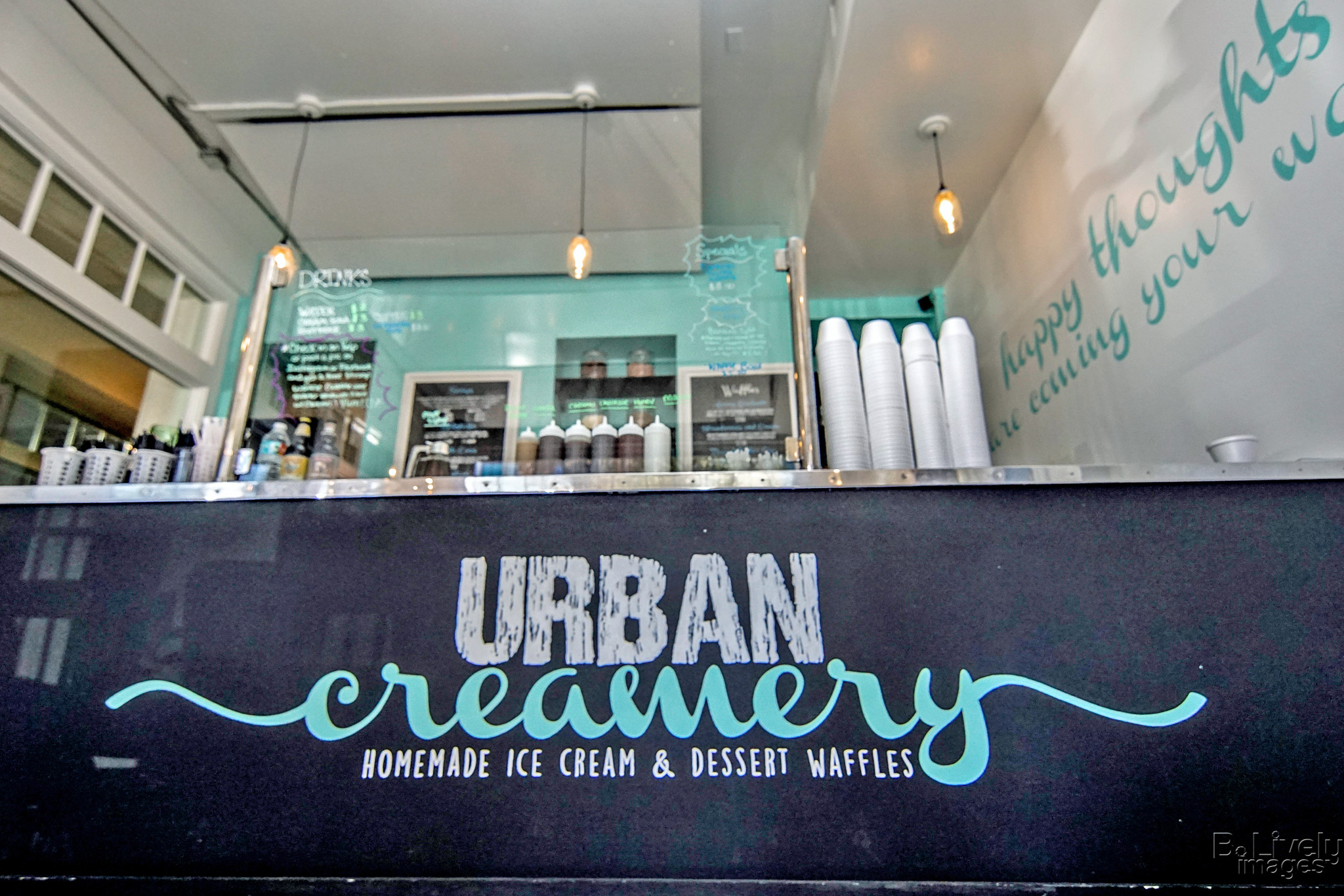 Home made ice cream, dessert waffles, milkshakes and sundaes! URBAN Creamery is the dessert arm of the URBAN family in downtown St Petersburg, Florida. We’ve made it our focus to make our own ice cream on site and waffles from scratch to construct balanced and creative dessert combinations. We love ice cream! Savory waffles, sweet ice cream, creamy milkshakes….