The festival will run November 2nd and 3rd and tickets are now on sale. Some of Tampa Bay’s most celebrated chefs, acclaimed restaurants, popular breweries and an outstanding selection of wines will be featured in the line up.

“We look forward to creating an extraordinary level of excitement in the ‘Burg,’” said Tammy Gail, festival founder and producer. “We are bringing elements that will ramp-up the cool factor that SAVOR ST. PETE will feature.”

On Saturday November 2nd the event will feature The SAVOR ST. PETE Best Chef Competition with culinary professionals from Tampa Bay’s best and most popular restaurants cooking to win by creating a featured dish for judging at the event. St. Petersburg Foodies has been asked to join the esteemed panel of judges.

“Cooking with Rock Stars” is a new television series featuring fan-favorite 80’s rockers. They will be preparing their personal recipes and sharing juicy stories that will leave fans hungry for more. Two special episodes of Season One, which will be filmed at SAVOR ST. PETE, will feature Brian Howe, former Bad Company lead singer, appearing on Saturday Nov. 2, and lead singer/songwriter Martha Davis from The Motels featured on Sunday, Nov. 3.

Tickets are now available for general admission and VIP admission on both Saturday, Nov. 2, and Sunday, Nov. 3. A limited number of VIP tickets allows guests early access to the entire event from noon to 4 p.m., as well as to the Private VIP Spirits Lounge serving craft cocktails. Seating is also available in the VIP Spirits Lounge. VIP tickets are $100 per person daily and will sell out quickly.

General admission guests are welcome on-site from 1 – 4 p.m. GA tickets are $75 per person per day.

All event guests receive a limited edition wine glass, custom tote bag and exclusive access to the Grand Tasting Village that is located within a 30,000-square-foot tent. Food, wine and beer sampling are all inclusive in the ticket prices. Tickets may be purchased online; fees will be applied. For more information, go to http://savortheburg.com.

A portion of the proceeds from SAVOR ST. PETE will benefit students at the Art Institute of Tampa, a branch of Miami International University of Art & Design.

SAVOR ST. PETE is a new event that now joins its sister event, Cocoa Beach Uncorked, as a weekend-long showcase of food, wines, craft beers and culinary expertise. Both annual events welcome thousands of foodies, wine lovers and craft beer aficionados annually. SAVOR ST. PETE has been dubbed “the hippest, most exciting, two-day food, wine and craft beer festival on Florida’s West Coast.” SAVOR ST. PETE is held in the fall and Cocoa Beach Uncorked in the spring. For information about these events go to SavorTheBurg.com and CocoaBeachUncorked.com. 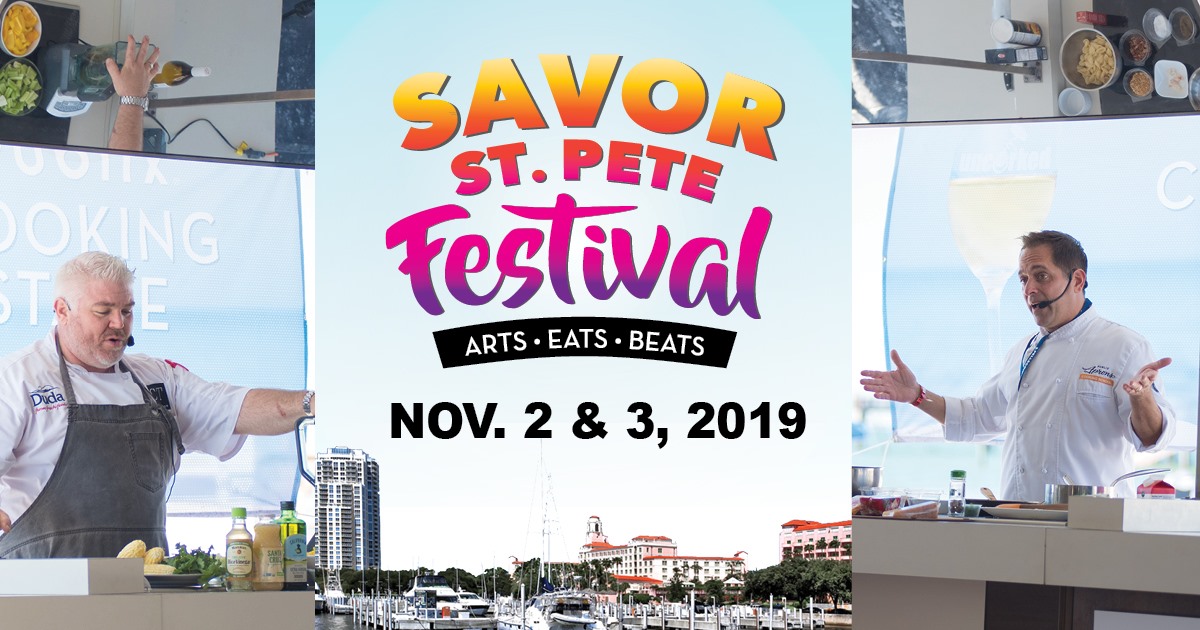