Buya Ramen is Still Killin’ It Five Years In

We are still just as excited about Buya Ramen now as we were when they opened in July 2016. It’s just THAT. DARN. GOOD. (Technically, they will turn five this coming July.)

We have a review for you, and we’re going to sneak in a little news at the end.

Buya Ramen is a traditional Izakaya, which is a Japanese gastro pub where you can get small bites, cocktails, Japanese whiskey, and ramen, which is not so small. (There is a half size portion with a half size Izakaya lunch special.)

The drink menu changes seasonally, and the food menu will drop and add a few items here and there, but it mostly stays the same, and this is a good thing – a real good thing.

We have some new drinks to share , and I’m also going to give you the juicy details on how they make the bone broth, and specifically The Crispy Duck Ramen.

They always have some type of Highball on the drink menu that gets changed seasonally. The latest is the Toyko Highball, and it is tasty and refreshing.

Next up was a fun little grown up juice box of sake named Oni Koroshi, which means demon slayer. We were informed that these are super popular here in St. Pete, at the Buya Miami location, and they’re a big hit with the salaryman crowd in Japan itself.

The buzz was starting to kick in. It’s a good thing I was sharing these with Lori. We put a food order in, but the drinks were coming fast and furious, and that’s ok with us.

The next new drink is a traditional Zombie served in an old school Zombie Tiki glass, which is actually not glass, but rather ceramic.

Two of our favorite appetizers are the Chargrilled Baby Bok Choy with soy sauce and white and black sesame seeds, and the Blistered Shishito Peppers – fire blistered shishito, sesame, brown sugar, and smoked sea salt. The shishitos are smoky, salty, and sweet with crunchiness and softness. They are similar to Hatch chiles as you never know when you’re going to get a spicy one, which I don’t mind at all. The baby bok choy is crunchy, chewy, fresh, bright, and umami at the same time.

The Pork Gyoza are to die for! They have pork, ginger, garlic, chive, and sesame.
(Insider secret: They are made by Ronicca Whaley of Shiso Crispy, and then pan fried in-house.)

Now that we’ve had something to soak up the alcohol, it’s time for two more brand new additions to the drink menu.

Rising Spritz – Aperol spritz with Japanese Yuzu, and a strawberry infusion. It is well-balanced, and not too “Aperol-y” for those like Lori that are not fond of the herbal bitterness.

Strawberry Letters 23 is another new one that is going to be quite popular. It has strawberry infused Roku Gin, Giiffard Lychee, Kombu Syrup, lemon, Peychauds Bitters, and bubbles. The Roku gin and strawberries are put in a sous vide for an hour to make the infusion. How cool is that?

(Insider secret: The Cukes of Hazzard drink is coming off the menu, but you can still order it if you’re in the know from reading this.)

If you’re wanting ramen noodles, but are not in the mood for soup, or something hot, the Ahi Poke Chilled Ramen Salad is the answer. It’s got yellowfin tuna, roasted corn, edamame, pickled shallots, and spicy sesame oil.

Now for the Pīsude teikō (Piece de resistance) …. The Ramen.

Buya uses Tonkotsu broth, which is a pork based bone broth. It’s made with pigs feet, and chicken feet, which provides the collagen that gives the broth its silky smooth viscosity and unctuousness. It also includes chicken necks, green onions, garlic cloves, kombu (dried seaweed), ginger, and distilled water.

Then it simmers for 22 hours.

After the duck is rested and cooled, it is hand shredded. To prepare the soup, Takana (pickled mustard greens), shiitake mushrooms, and baby bok choy are sautéed in sesame oil, and then the Tonkotsu bone broth is added, and in go the ramen noodles.

Lastly, the duck is crisped up in a sauté pan, added to the bowl, and garnished with scallions, bean shoots, and the traditional soy sauce marinated soft boiled egg, and sesame seeds. This one has become my favorite. It’s eyes roll back in your head deliciousness.

News from and about other Buya locations: Miami is finally getting their liquor license, and they have launched brunch. Zach West aka “Wookie”, whom we originally met at The Mill is cheffing it up at the Miami location.

Berlin has only been allowed to do takeout, but after Easter they will be doing dine-in again.

There’s a new Miami location that seems to be a separate, but related concept in the works, and there is an Asheville location in the works. Shhh …. 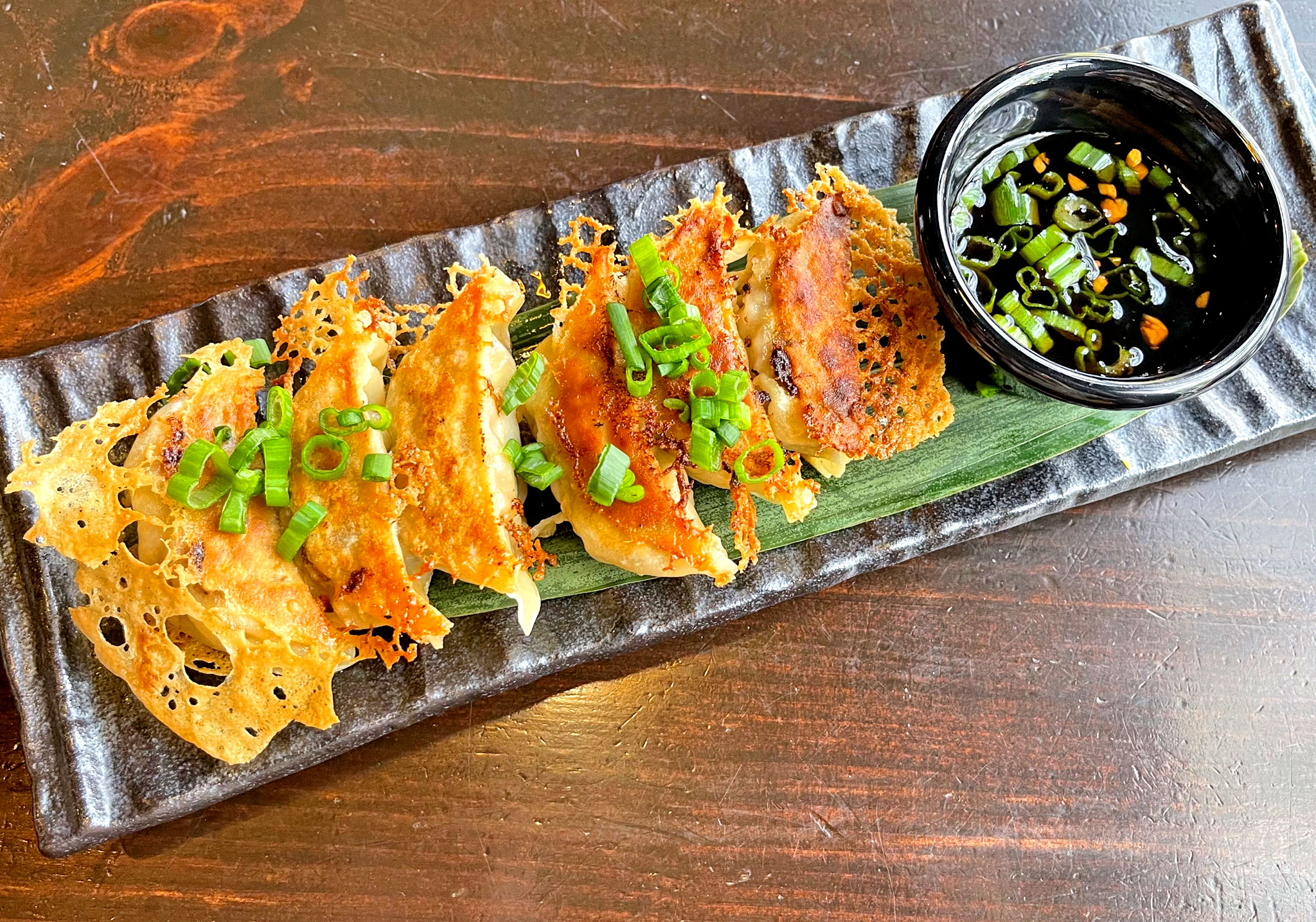 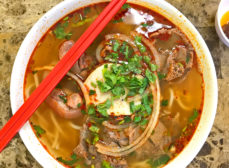