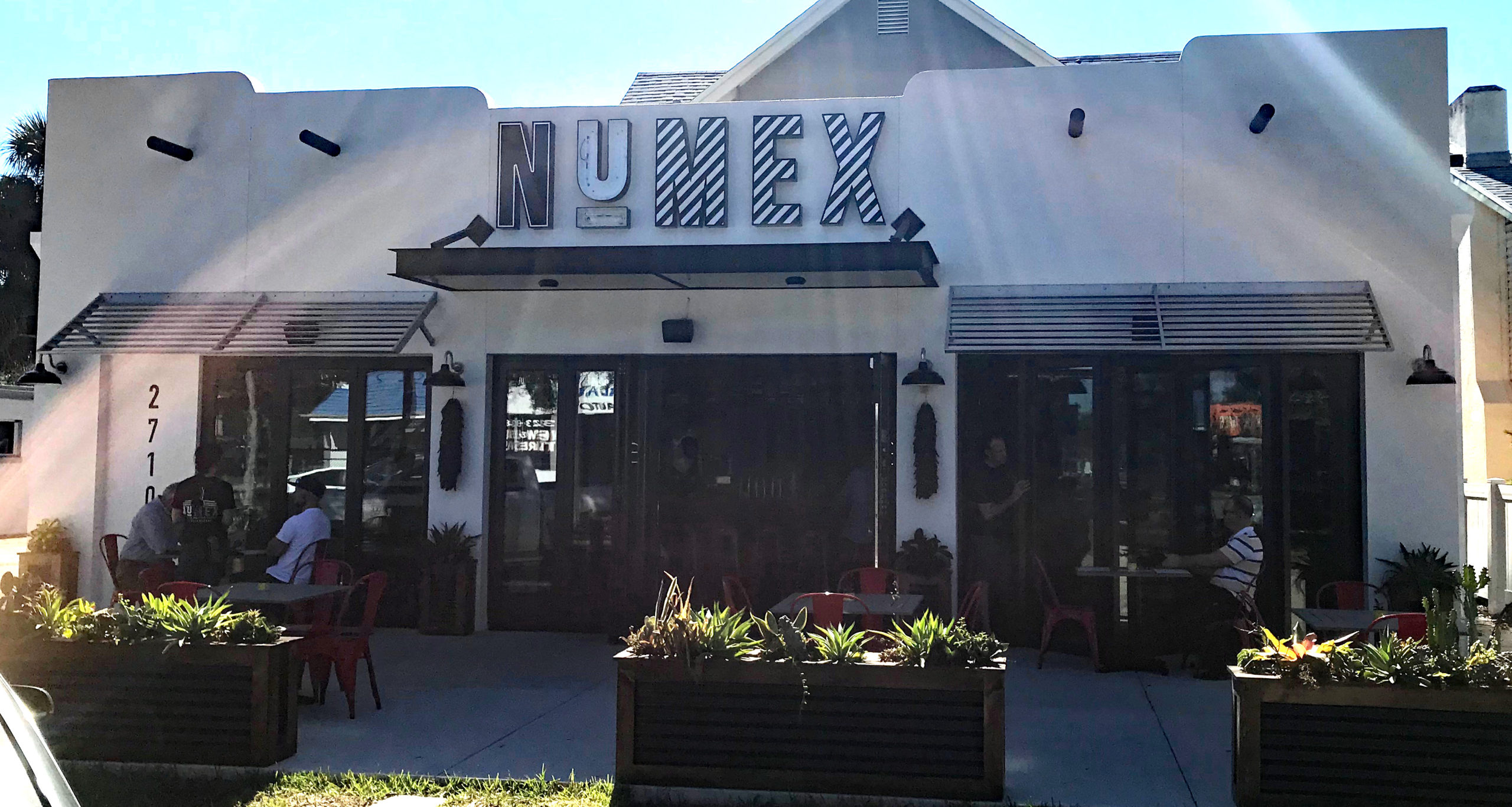 NuMex specializes in New Mexican cuisine where the chile peppers are the star of the show. Specifically, Hatch chiles from the Hatch Valley in New Mexico, which is like the “Napa Valley of Chiles”.

The soil and growing conditions in the Hatch Valley create a unique terroir which contributes to the flavor of chiles grown there. Wikipedia

The restaurant is named after one variety of the Hatch Chile, NuMex, which is an heirloom. (They use several different types in the recipes.) Hatch chiles can be mild to spicy. NuMex’s dishes run from mild to medium, and they do have extra spicy sauces that you can request if you love the heat. The peppers have a smokiness and sweetness to them as well.

Owner Ray Smith, a Pinellas native, lived in Colorado for a while. This is where he initially experienced Hatch chiles as they grow along the Rio Grande into the tip of the Colorado Pueblo. When he was visiting New Mexico, he found that it was more than just a cuisine—it was an overall culture that he fell in love with. There’s a unique community of people, farmers, and street food. This was his inspiration to bring traditional authentic New Mexican cuisine to St. Pete.

Some distributors sometimes use the “Hatch” name, but do not actually grow and process their chiles in the Hatch Valley. To protect Hatch and other New Mexican growers, state legislators passed a 2012 law protecting and prohibiting the “New Mexican” identity brand for state grown peppers. Wikipedia There is a Hatch Chile Association that certifies the authenticity of the chiles being used in NuMex’s fare. 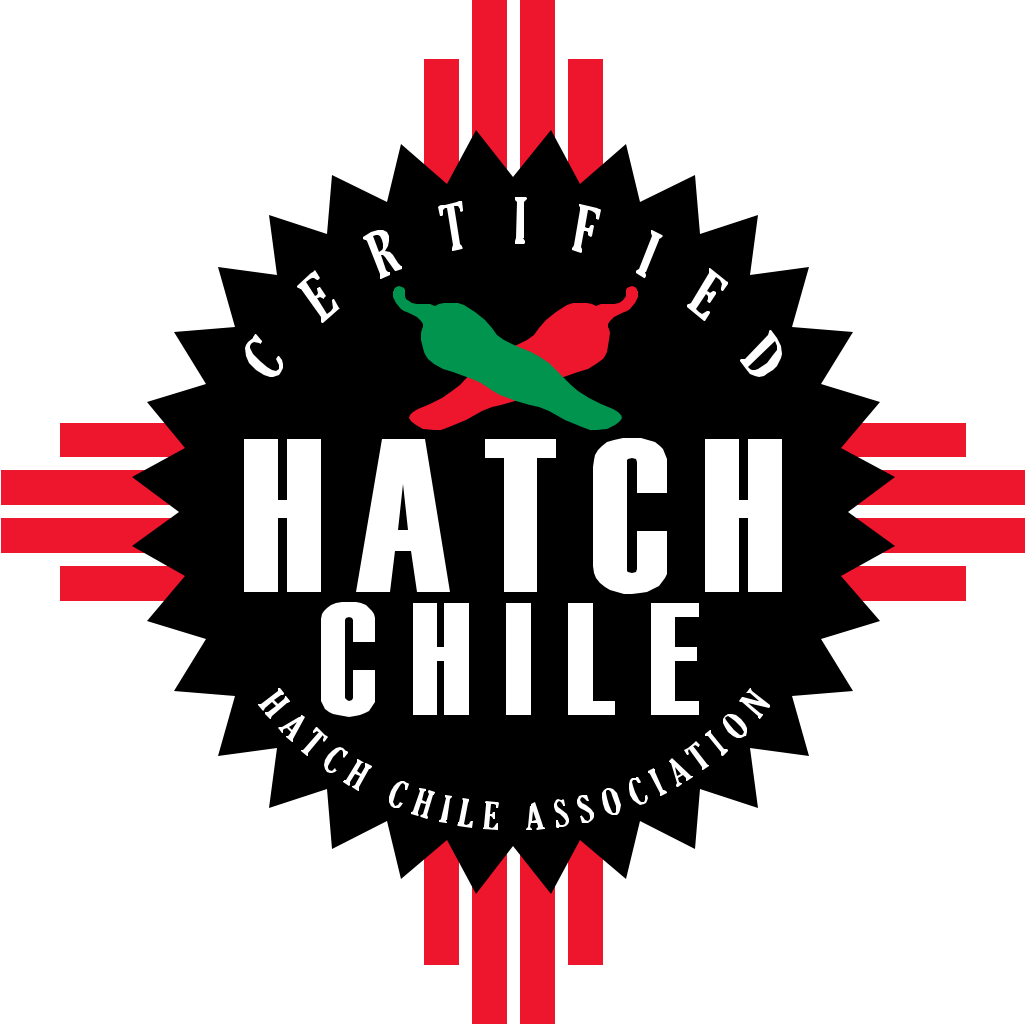 Something to keep in mind before you go is that this is NOT Mexican Food. It is New Mexican food, as in the U.S. state of New Mexico. It has some similarities, but is also different, and there is hardly any use of cilantro. This made my cilantro-hating girlfriend quite pleased (it tastes like soap to her) until she found out that the guacamole had cilantro. No problem! They just whipped up some fresh, super tasty guacamole without it. Extra points for NuMex.

We both opted for two different slow-cooked seasoned meats that were tremendously tasty.

The Carne Adovada Plate – All natural pork marinated in red chile, onion, garlic and Mexican oregano, a choice of corn or flour tortillas served with pinto beans and posole.

Both entrées were succulent and bursting with flavor. Actually, everything was a packed taste sensation. These are the best rice & beans sides in St. Pete. The rice has a pleasantly piquant sting to it, the pinto beans are savory, and the posole–I could just eat a big bowl of that. The slow-cooked meats were tender, juicy and mild-to-medium spiced. Technically, they are medium spicy, but to me they were closer to mild as I am a spice freak.

Even though we enjoyed them both, we liked the Machaca just a little bit more as it had a more complex flavor, while the Carne Adovada was a little more singular-noted with a pungent red chili pepper forward character.

It was also interesting to note that the pork was done with red chile, and the beef with green. It’s usually the other way around, so at a glance, the beef looks like pork, and vice versa.

We can’t wait to go back and try some more New Mexican deliciousness! 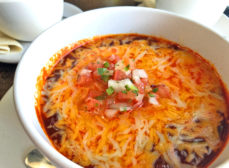