El Gallo Grande is to change its name to Nueva Cantina and open with a new menu as of November 1st. Louie Spetrini along with his partners, Erin and Rocco Rinaldi and Executive Chef Paul Daubert took over the restaurant yesterday, October 3rd, 2016.  They will be open for business as usual until the new menu and name change take effect.

Louie Spetrini is a professional restaurateur and hospitality specialist with more than 25 years of vast experience. Spetrini has consulted for many high profile restaurant openings including opening and managing Sea Salt in downtown St. Petersburg’s prestigious SunDial in 2014.

Chef Paul Daubert went to high school at St Pete Catholic and then graduated from the Culinary Institute of America.  From there he has an impressive resume throughout many Clearwater restaurants.  His last venture, after Cocina-Aqui, is as the executive chef at the highly rated Marina Cantina Tequila Bar & Grille on Clearwater Beach, which is part of the BayStar Restaurant Group which contains Salt Rock Grill and Island Way Grill.

Together again, Spetrini and Chef Daubert, will work their magic on their new location.  El Gallo Grande has struggled with consistency in food and service since it opened in 2014.  Nueva Cantina will wipe the slate clean and bring us a whole new flavor of traditional Mexican favorites.  The menu is still being worked on but as soon as we get a sneak peek, we will share more descriptives which will be sure to tantalize your taste buds!

An outdoor patio with a full bar set up will be built and they will host Happy Hour every Monday - Friday from 3:00-6:00 featuring $3 wells, $3 drafts, $4 house wines and $3 house margaritas (at the bar only). Live music will be added to the mix soon on Fridays and Saturdays. 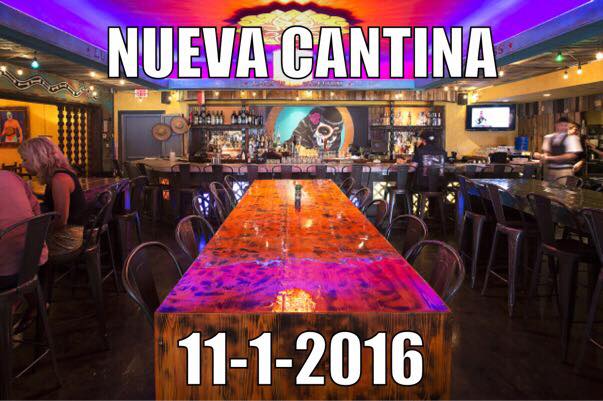 Fundido Burger from @nuevacantina 🍔 The burger

Follow on Instagram
DISCLAIMER: Kevin, Lori, Abby, Haley, Lindsey, & Alexia do not dine anonymously (this would be impossible) and we sometimes get free food (though never expected). However, we dine with the locals and we support our own. You will always get honesty in a respectful manner.

The Lure in Downtown St. Pete 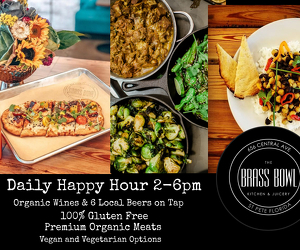