So when Chef Dave announced that they were going to open for lunch this week, August 15th - 19th, Kevin and I were thrilled!  Chef sounded invigorated and excited as he was telling us about some of the menu items.  They told us that they were going to see how lunch would go as they have never been open for it before.  It was a trial for them.  It seems a lot of people were excited as there was a packed house and they just kept on coming in. 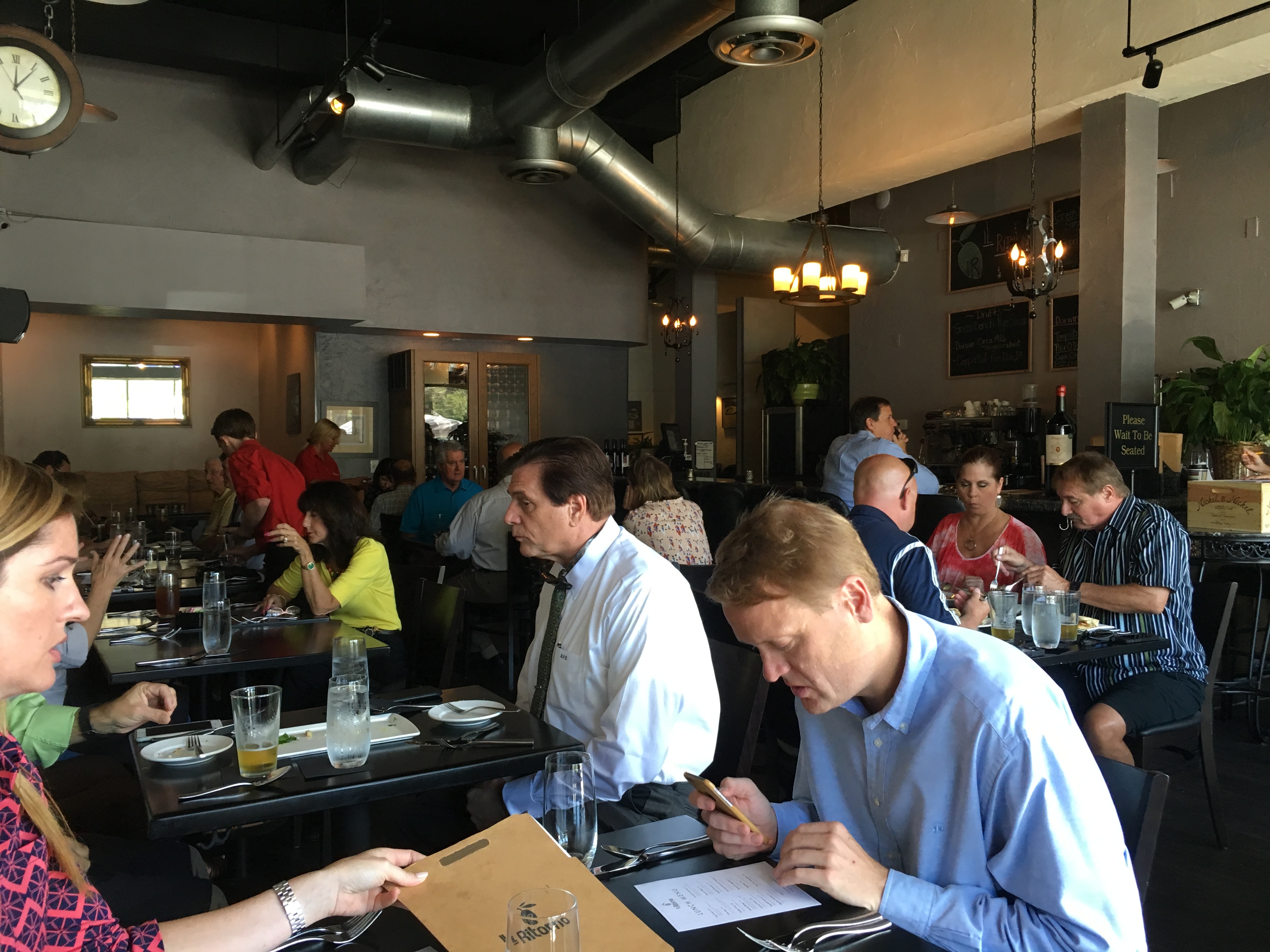 A packed house for lunch.

The menu is so awesome that it was hard to choose.  Kevin already knew he was going to have the Octo-Dog, because Dave said he had to try it. 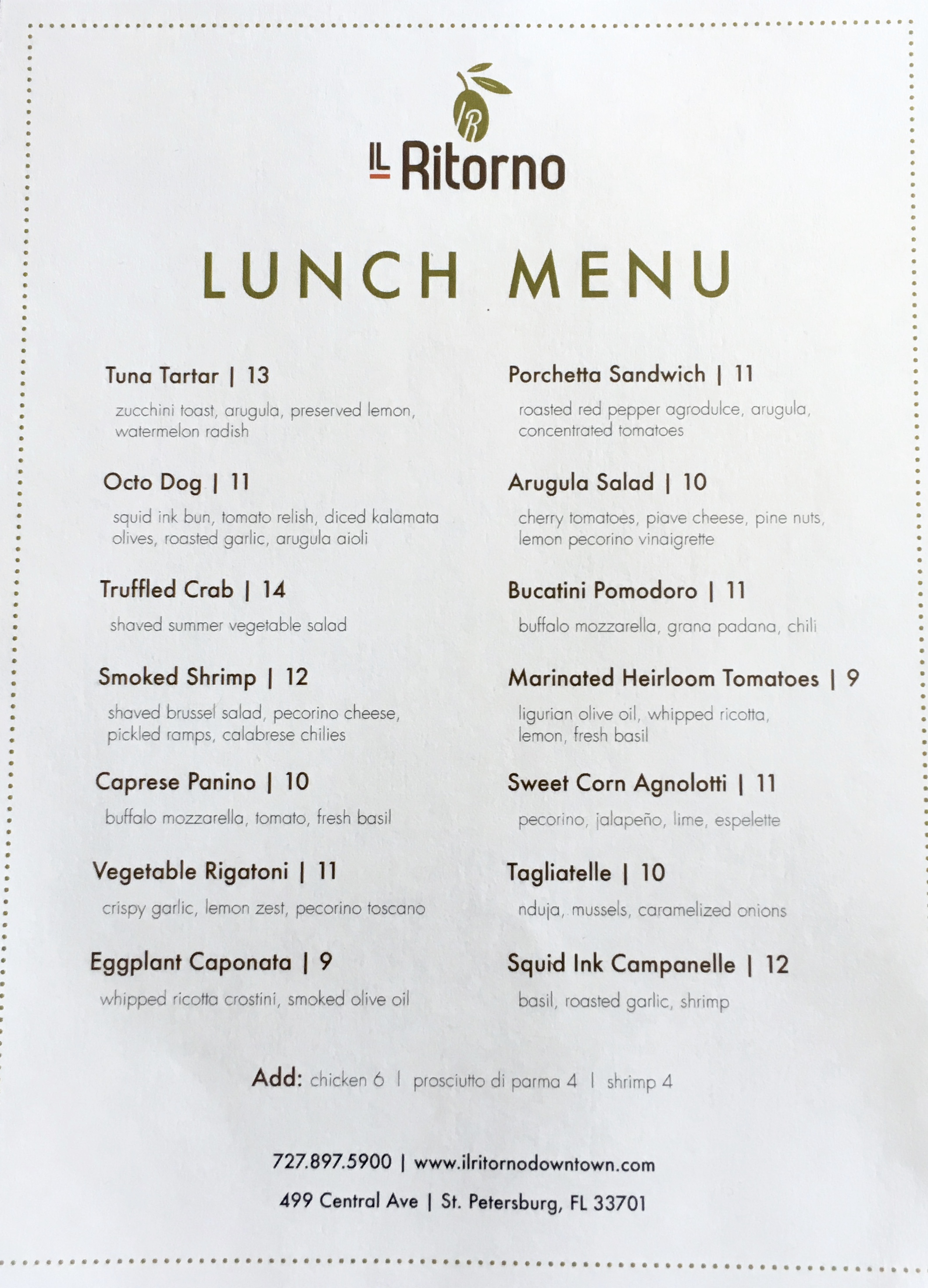 The Octo Dog was spectacular!  It was a perfect size lunch portion.  It came on a squid ink bun with tomato relish, diced Kalamata olives, roasted garlic and arugula aioli.  The octopus itself was so tender and the accompaniments were perfect for the dish.  Very creative!  Not mentioned on the menu were the spectacular truffled potatoes that came with it as a side. 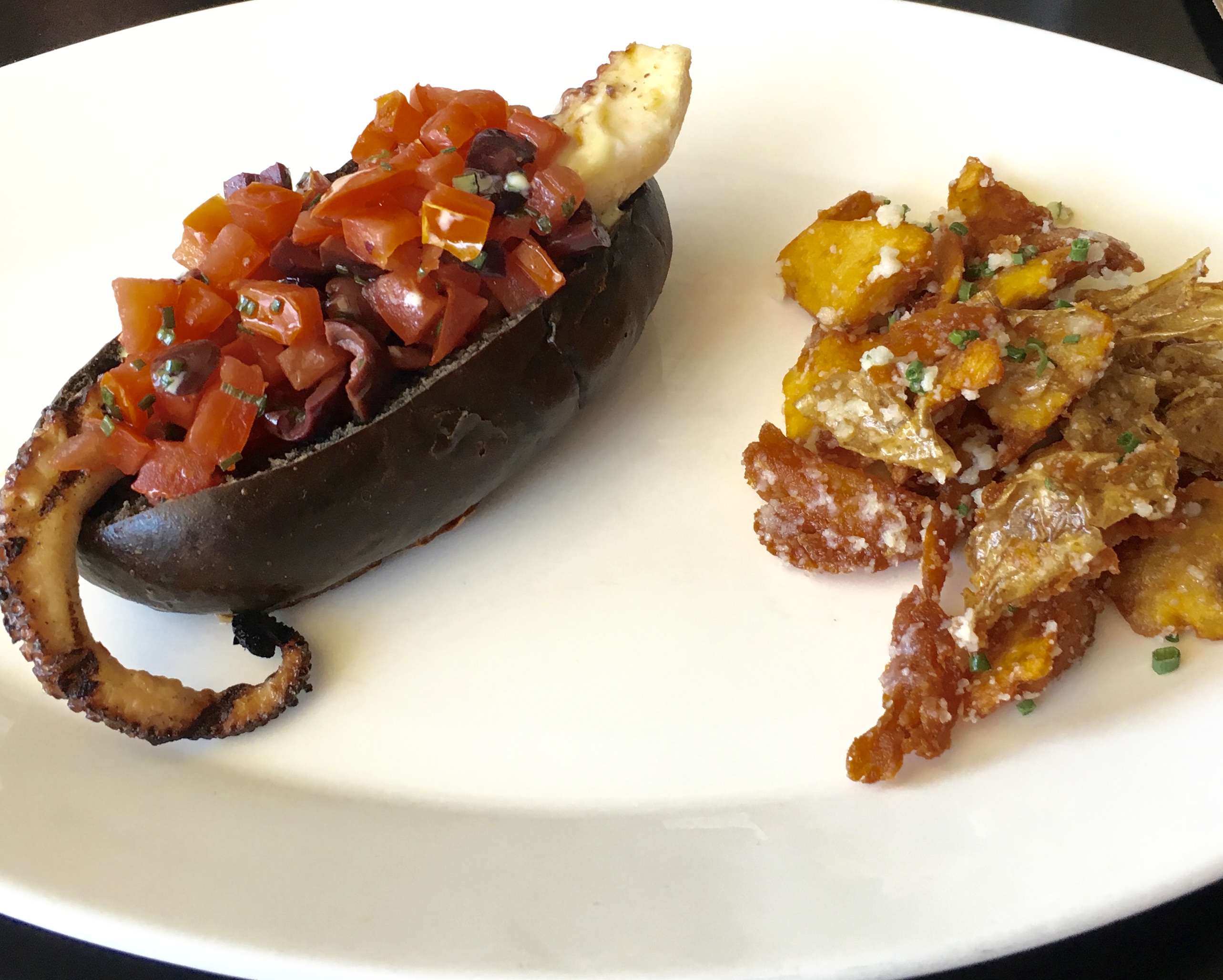 I ordered the Eggplant Caponata.  The dish itself gave me chills when I ate the eggplant by itself, it was so good!  However, I think it should be served with plain crostini.  When I put it on the crostini, the whipped ricotta, which had a lemon flavor to it, overwhelmed the deliciousness of the Eggplant.  Because I ate it without the crostini, I was still hungry. 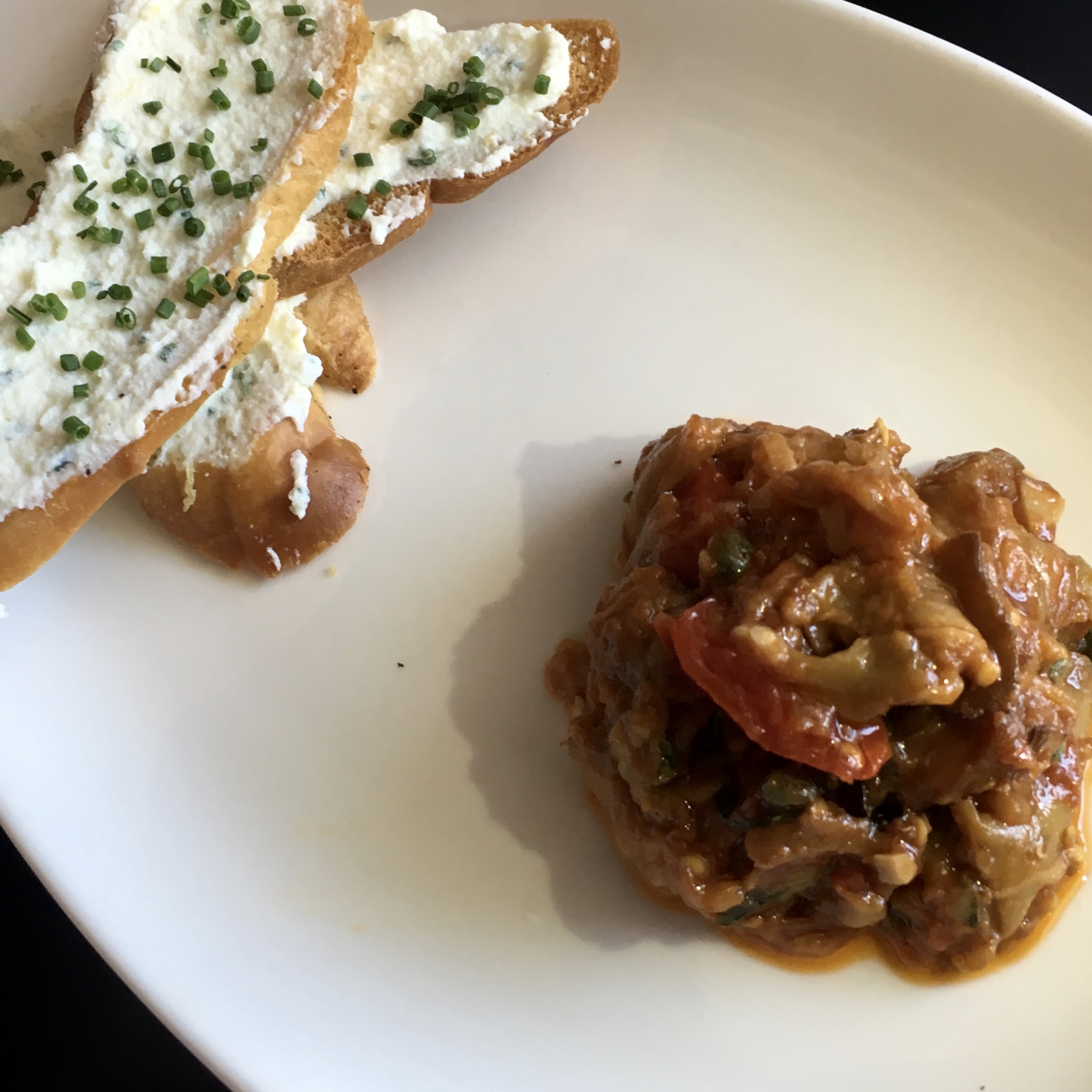 So we opted to order one more dish to share.  We chose the Smoked Shrimp.  These are served with heads and tails still in tact over a shaved Brussel Salad, with Pecorino Cheese, Pickled Ramps and Calabrese Chilies.  Simply scrumptious and the smoky flavor was amazing! 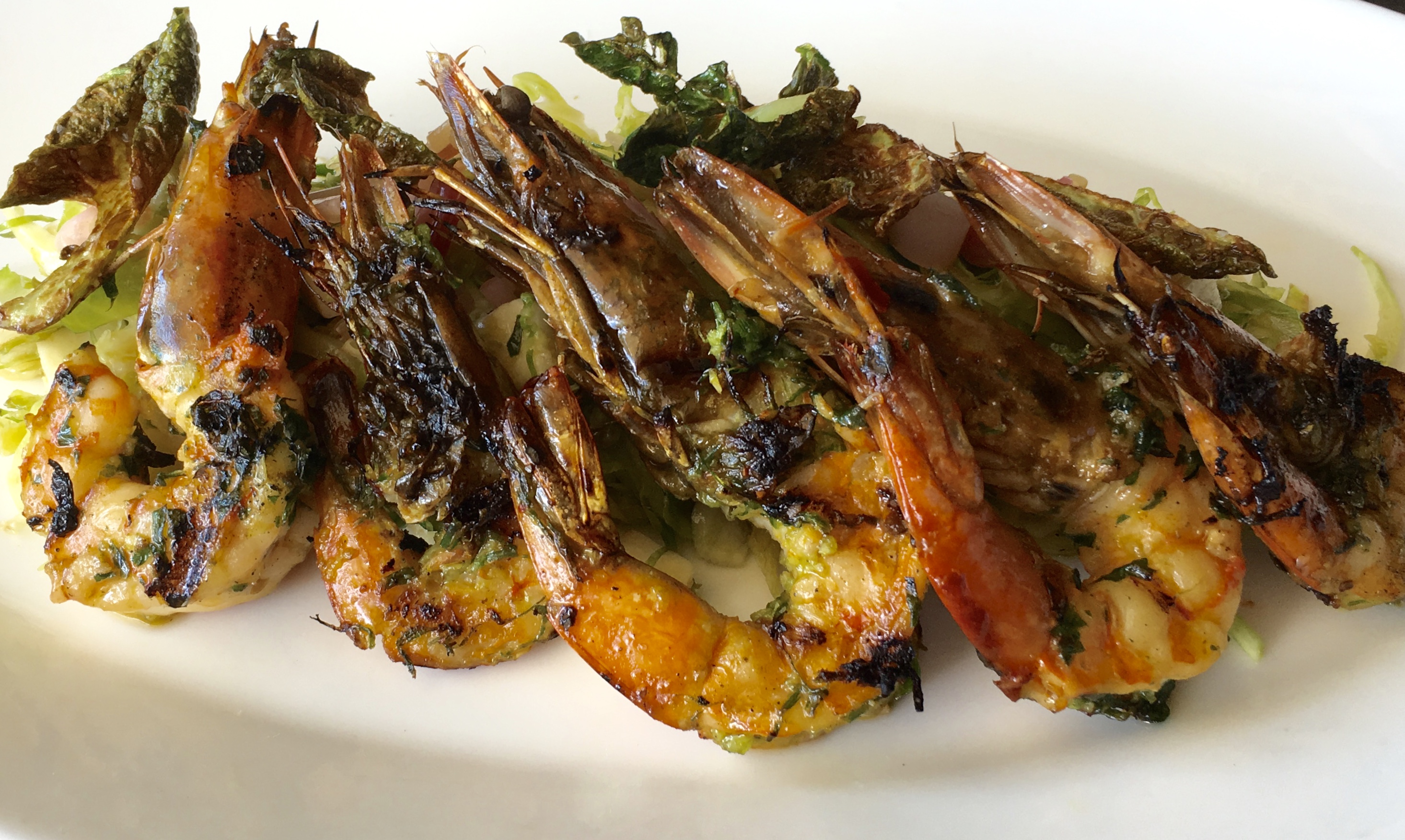 There were so many other menu items that we wanted to try that we both chose a dish to take home for later.  Kevin got the Truffled Crab over a Shaved Summer Vegetable Salad (I did not get a picture of this) and I chose the Bucatini Pomodoro with Buffalo Mozzarella, Grana Padana and Chili.  I could not resist taking a bite soon as I got home.  It was so good, that I keep wanting to eat it right now.  I have been stopping myself all afternoon from devouring the rest. 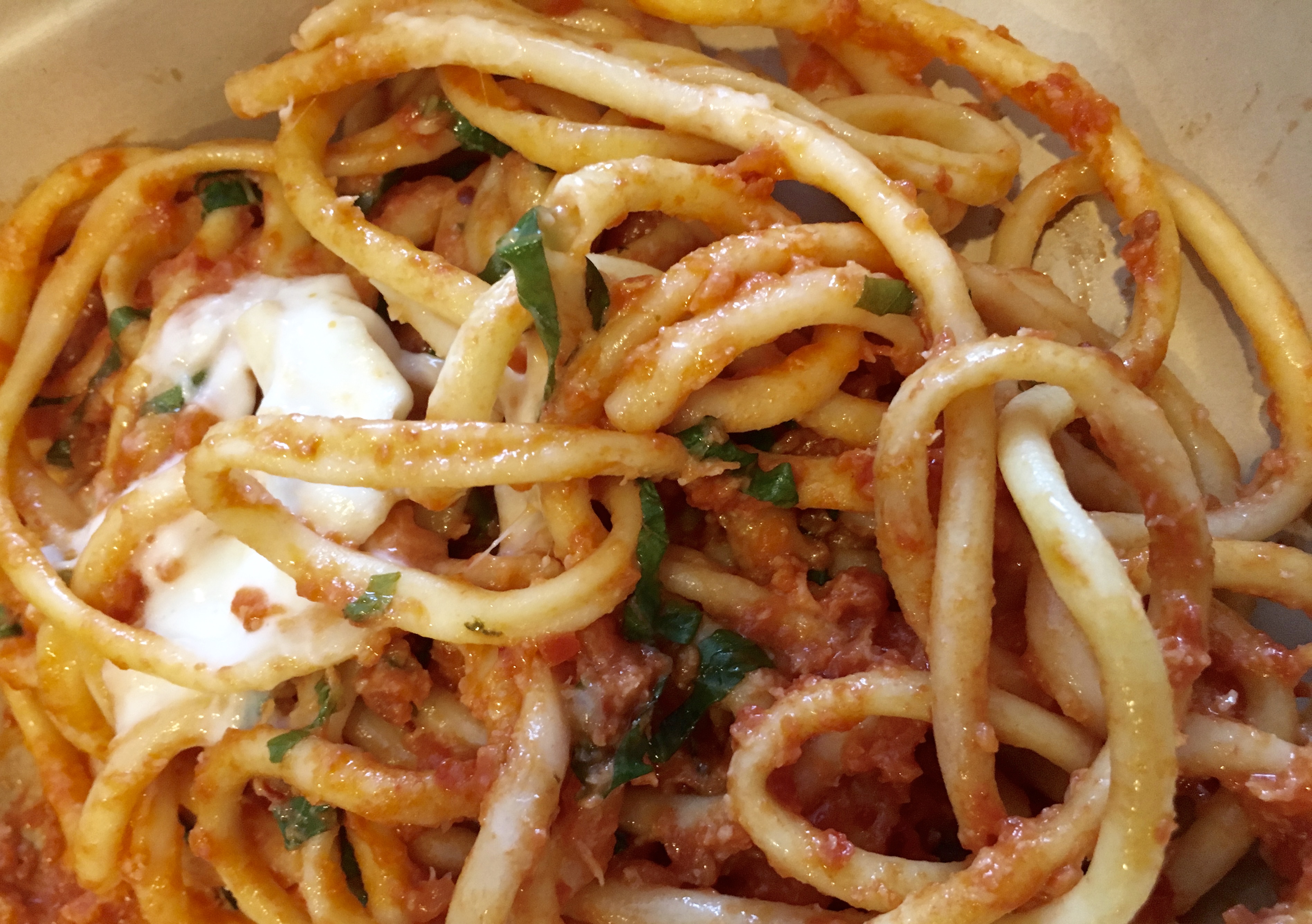 We are sincerely hoping that IL Ritorno decides after this week of opening for lunch to continue this.  It was simply amazing and terrific to go there during the day for an amazing quick and light bite.

Here is another great review of IL Ritorno

See IL Ritorno's Listing in our St. Petersburg Restaurant Directory. Do your own ratings and review.