The Galley Grub, Far Above Your Average Pub! 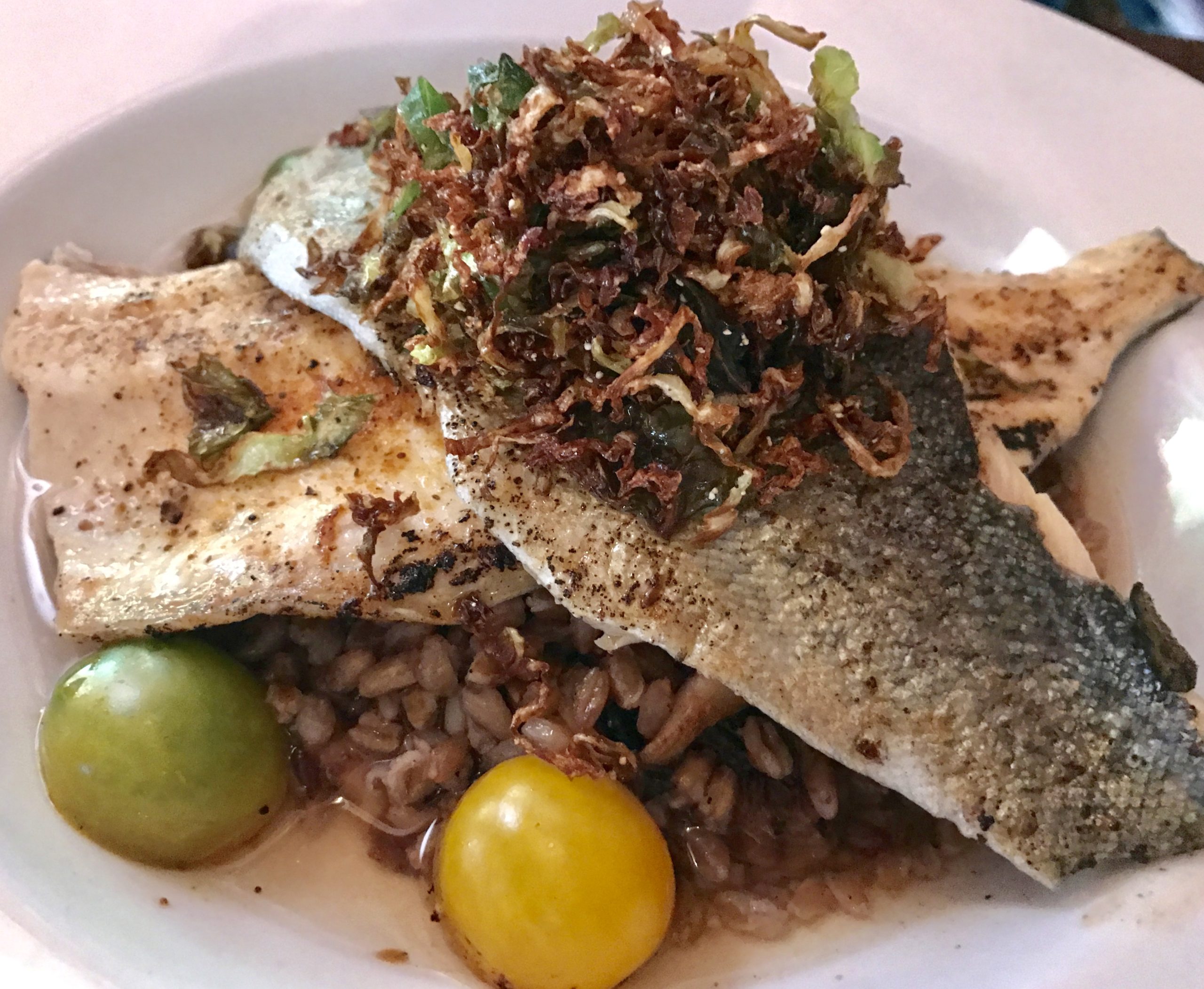 Last Thursday Kevin and I decided to have dinner at The Galley. The Galley opened on December 30th of last year. You can read all about The Galley Grand Opening here. It certainly opened with a splash and continues to stay busy and receive great reviews. The one thing that has held us back from making it a regular dinner spot is the perception that it would be a crowded, loud, busy pub atmosphere and it would be difficult to enjoy a nice, relaxing dinner there.

The owners, Pete Boland and Ian Taylor, are looking to change that perception. They are wanting to create more of a GastroPub environment. An order has been placed for the installation of new booths against the side wall and they are looking to promote the food as a showcase and not just a side note. They do have a truly talented and motivated Chef in Ian Carmichael. We have been following Chef Ian since he was the opening chef at The Cask & Ale and then when he went to Safety Harbor as the chef at Parts of Paris. 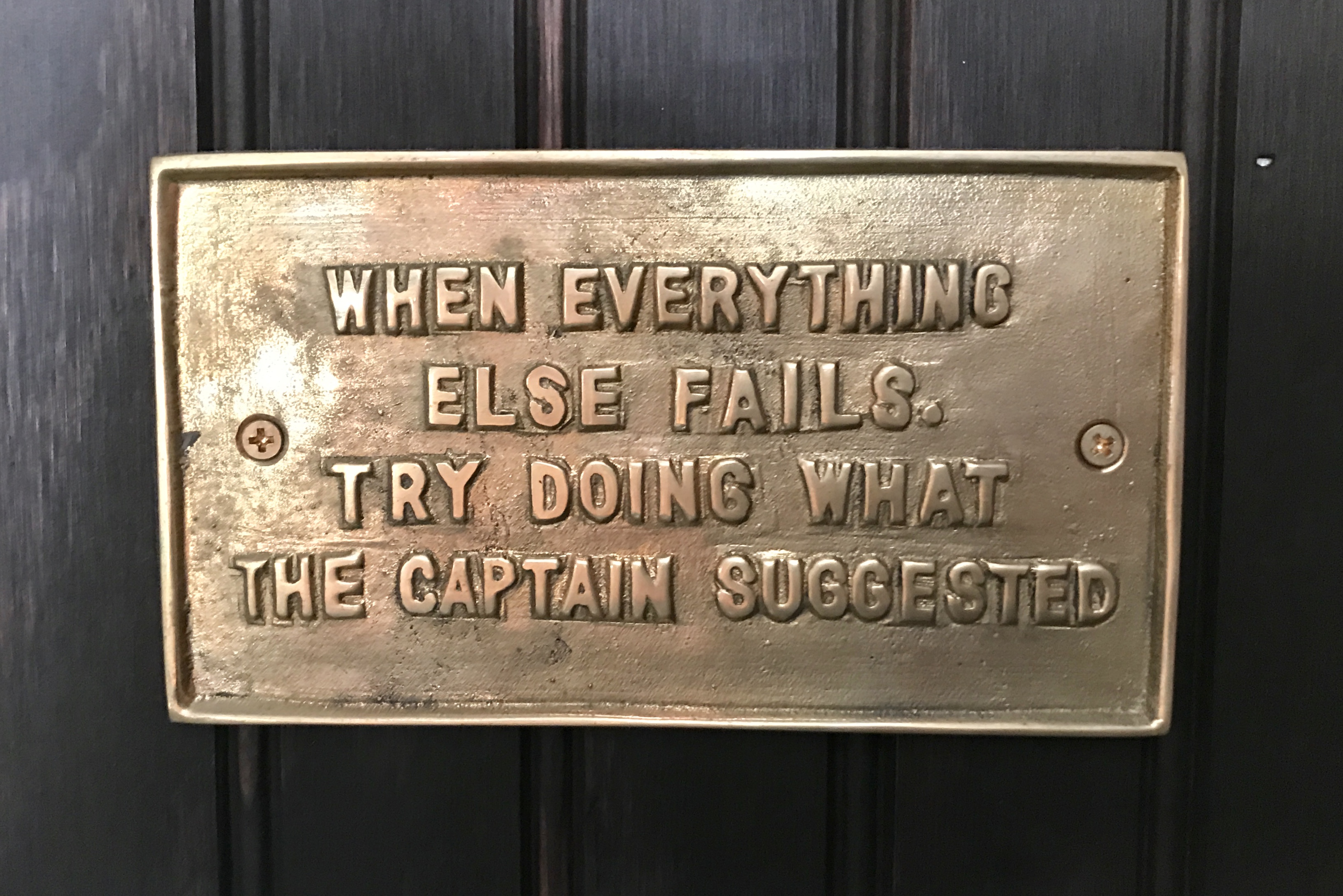 See our original write up on The Galley, before they even opened, here.

We went at 6:00 on Thursday night and it was not too busy, in fact, it was just right. We chose to go early so that it would not be too crowded or noisy. Every time that we have been to The Galley prior to this night, we have gone for drinks. And quite honestly, we have always enjoyed ourselves. The ambiance is very laid back and tastefully done. It draws a very eclectic age group which makes for a nice change of pace.

Deep down I love Southern cooking and when I saw fried okra on the menu, I was super excited! Granted, it was pickled okra, not exactly the way I would want it, but close enough. What I did not expect was that it would be battered in corn meal. What a nice change of pace that was! It almost tasted like Panko. Chef Ian says that it is just corn meal, salt and pepper that is lightly fried. They had a bit of seasoned flavor which I forgot was the pickling in the okra. They are served with a house made garlic ranch sauce which is like a Green Goddess dressing, really. Again, I would probably like them better not pickled. But that’s just me…I still could not stop eating them!  They were scrumptious!

As much as I love Southern food, Kevin loves spicy food. As soon as he saw Buffalo Shrimp on the menu, it was all over. I thought they were super delicious! Kevin thought they could be spicier, but still loved them. The shrimp were cooked perfectly! They are fried in corn meal and tossed in a house made Sriracha. As Chef Ian says, “I like to make my own Sriracha so that I can control the spiciness and the amount of garlic.” They are then served with a house made Blue Cheese dressing and a side of celery and carrot ribbons.

Our first entree was the Grouper Sandwich. Growing up in Clearwater, we ate Grouper all of the time in restaurants and I love Grouper sandwiches. The take on this one is completely different. It is served with a tartar sauce made of pickled aioli and then capers on top of that on the bun. The Grouper itself is again fried in corn meal and then served on top of arugula and tomato. I thought it was cooked well. Could have used a bit more seasoning for me…again, I am Lori and I am a saltaholic. But that was easily remedied. I love large steak fries and they were an accompaniment. Overall…very good!

We also ordered the Rainbow Trout Special. It was baked and served over a Mushroom and Walnut Farro with Heirloom Tomatoes and topped with fried, crisped Brussel Sprouts and a tomato consumee. At first this came out lukewarm at best. Apparently it was done before the Grouper Sandwich and the heating lamp was not on. When this was brought to their attention, with no questions asked, it was redone and redone quickly. When we got to taste it hot it was quite tasty. Kevin loved it! I am not a huge Rainbow Trout fan, so I liked it but it was not my favorite. But the fish was flaky and tender…cooked to perfection. It all comes down to my taste on that one.

We then tried the Banana Toffee Pie. It is a small pie…FYI. We aren’t big sweets eaters but this certainly sounded amazing and it was! How can you go wrong with chocolate, bananas, toffee, whipped cream and a graham cracker crust? Delicious!

Overall, it is safe to say that the Galley’s menu is a highly elevated Pub menu putting it into the land of the GastroPubs. We will most definitely be back. And for all of that food, plus a few cocktails, our bill came in just under $80 before tip. Not bad! If you haven’t tried The Galley yet, you are in for a treat!

Fresh Florida Food with a focus on healthy options.