Inoculum Ale Works: One Sour Step Above the Rest 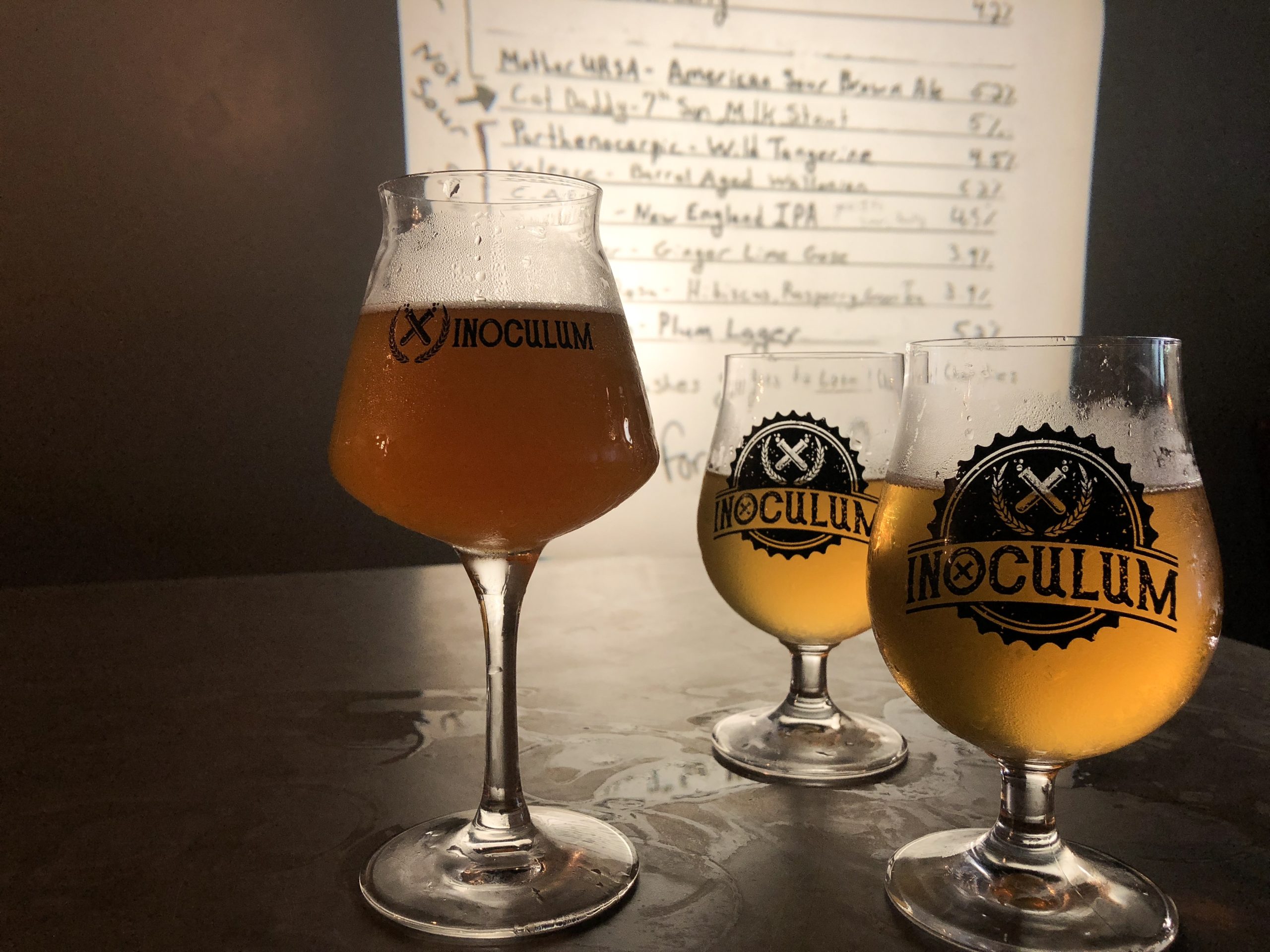 NOTE: This location is now closed.

Matcha Man, Parthenocarpic, Mother Ursa, Kuebiko, Cyclotron, Zingiber. What might all of those titles have in relation to one another? If your guess was names of different beers from Florida’s first 100% sour brewery, Inoculum Ale Works, you would be correct. In the world of craft beers, sours are positively trending. They have a fascinating appeal to most beer drinkers, no matter the pallet and preference, due to their easy drink-ability and flavor diversity. 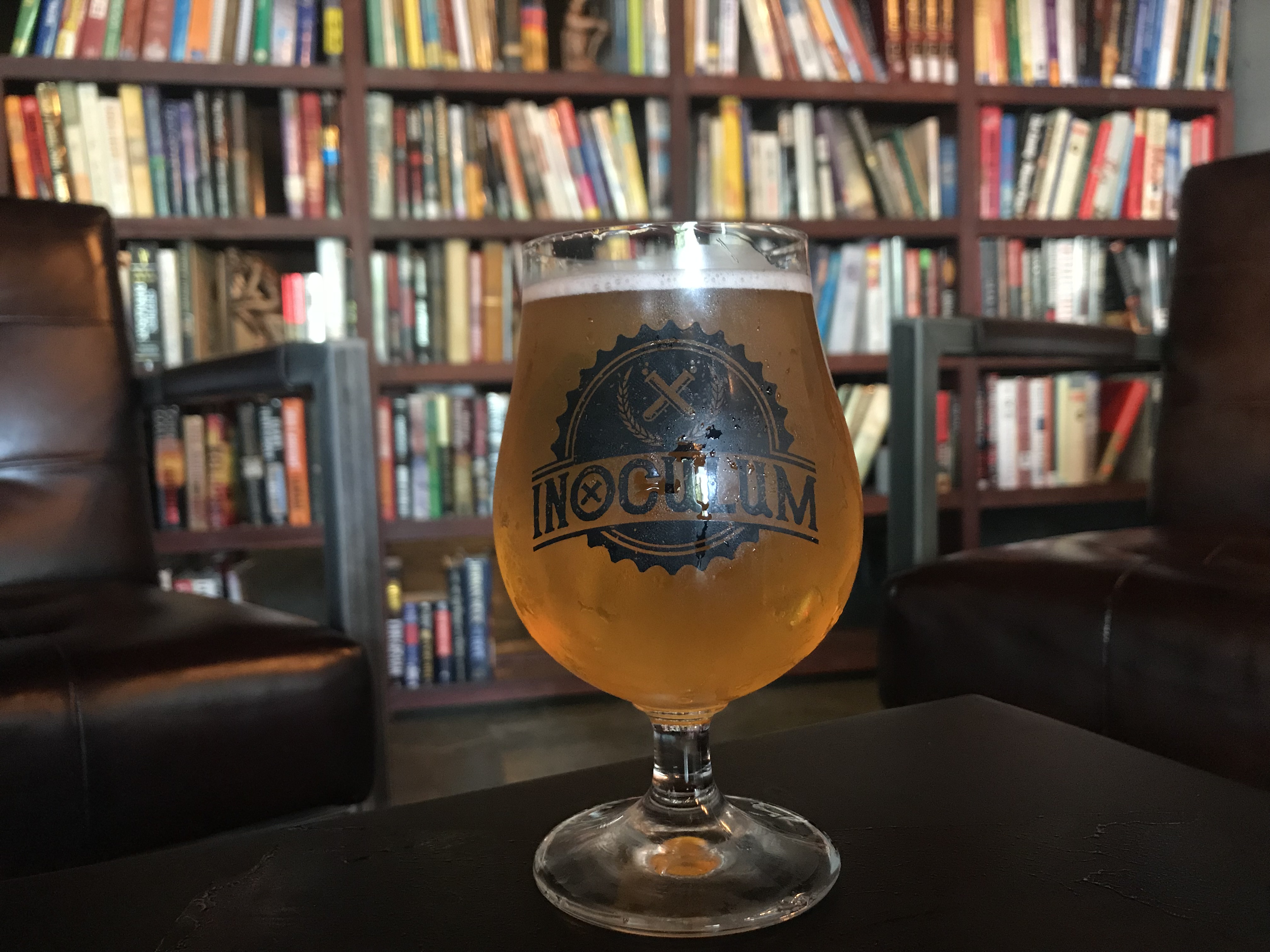 Since 2014, Co-founder Nick Moench of Inoculum has been mastering inventive renditions of the ever-popular sour. For Nick, involvement and infatuation with beer started at a young age. He began brewing with his father, the owner of Orange Blossom Brewing, at six years old and has been in the industry all of his life. Later on, Nick studied Micro Biology in college with the specific intent of brewing great beer. Not too many 25 year-olds can say that they have been brewing beer for a couple decades, and his talent and passion for it is obvious.

Inoculum Ale Works Brewery started production in Spring Hill, Florida in 2014. However, that production facility was recently sold in order to move brewing operations to the Warehouse District of St. Pete much closer to the new taproom. Every beer that Inoculum produces is an American Sour Ale; however, at their taproom, they often have guest beers available.

The doors of the taproom opened just a few short weeks ago, with a grand opening slated for August 18th (mark your calendars, folks!). The taproom infrastructure possesses modern industrial decor and a minimalist design. At the front entrance during the day, sunlight pours in through the doors and windows, while at the back of the space near the bar, the ambiance is more intimate. 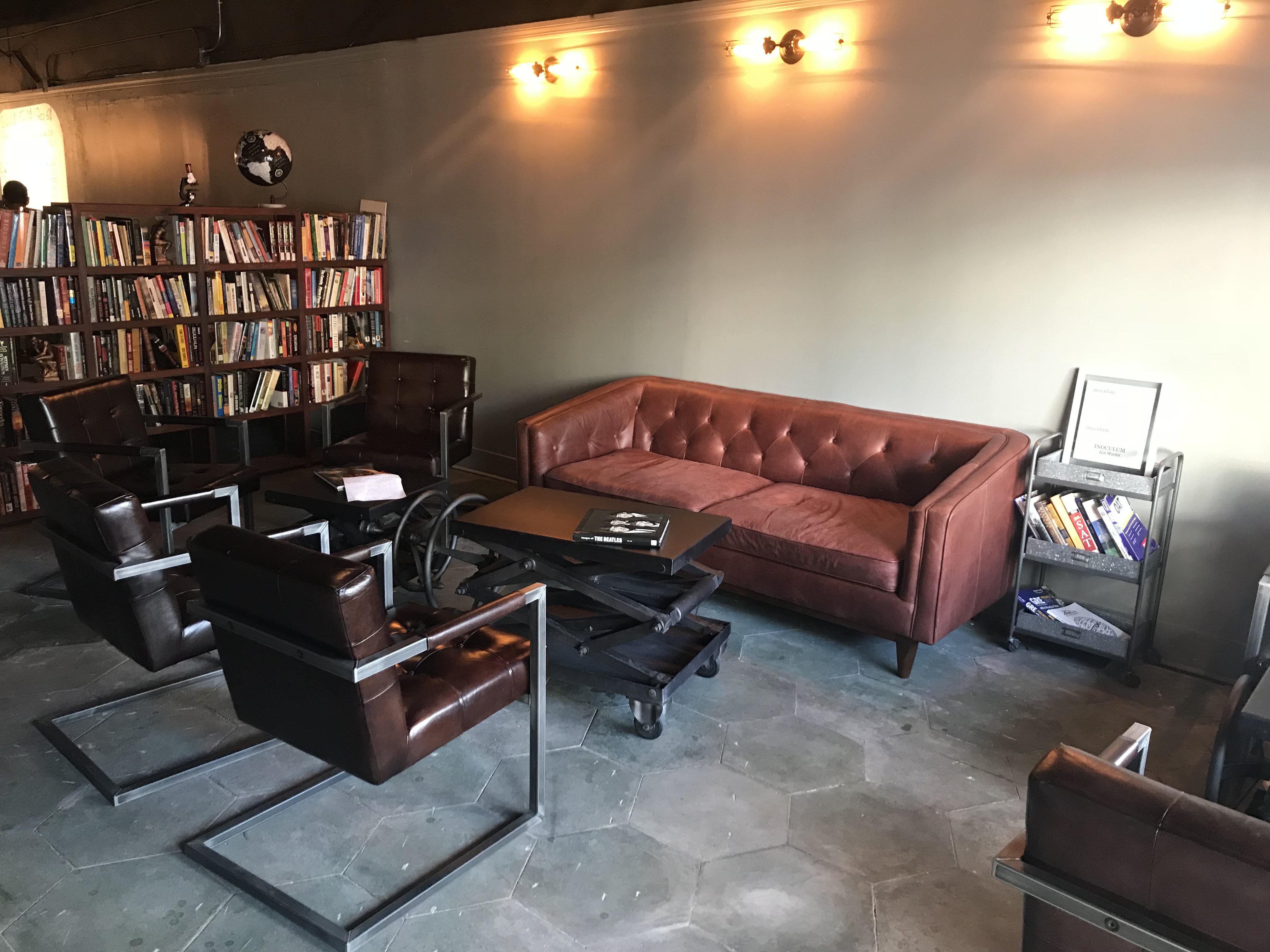 Intentional hints of Science and Chemistry can be found throughout the establishment. For example, the test tubes incorporated on their branding, Microscope on the bookshelf and the Projector utilized to display their tap list (yes, the age-old piece of technology from your 9th grade Biology class is still in existence!).

One important aspect to note on the projected tap list is that 50% of each “splash” (a splash is a $1 sample of beer) is donated to a local charity. Each month, the folks at Inoculum select a different charity in the area to donate to. A wholesome reason to drink beer? Sign us up!

Another intriguing feature in the taproom is the considerable array of books that are displayed on the bookshelf at the front of the building. They’re undoubtedly a fascinating conversation piece and something worth perusing during your visit. When guests at Inoculum are ready to settle up, the check is presented inside a member of their vast book collection. 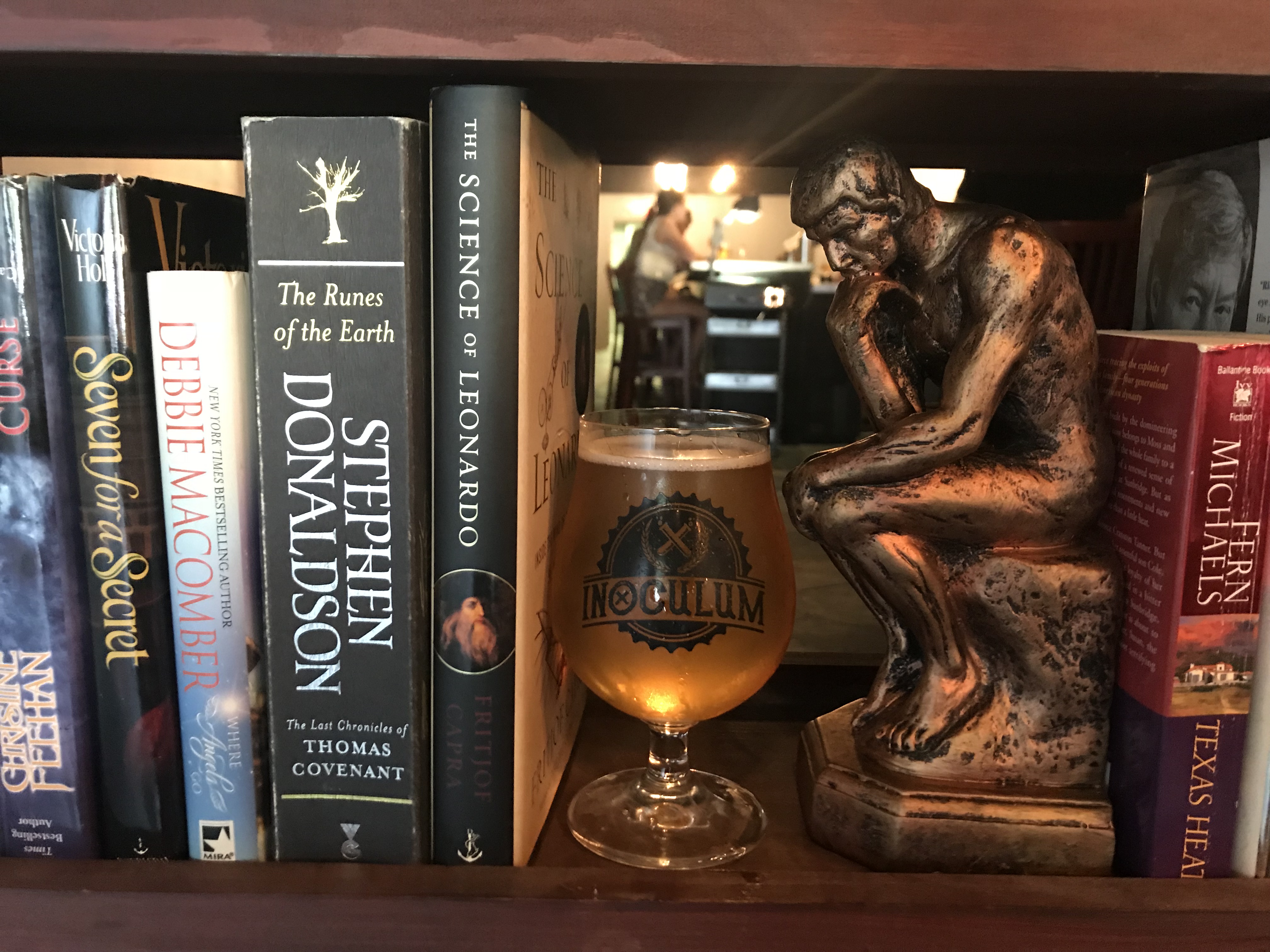 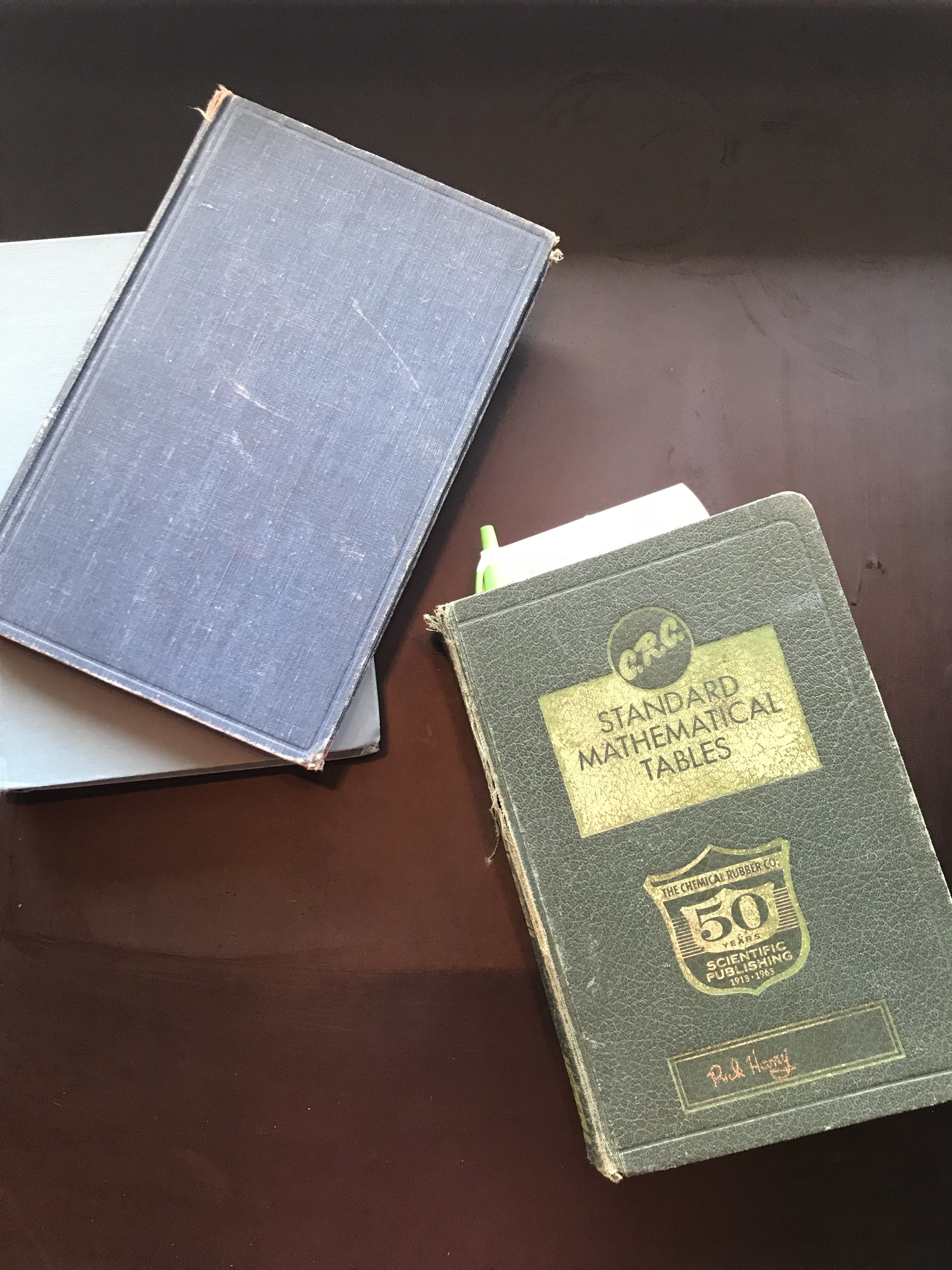 While Inoculum does not serve food at their taproom, they do allow visitors to bring outside food in to enjoy with their beers (considering their prime location, there are plenty of places close by to pick up a bite to bring with you). 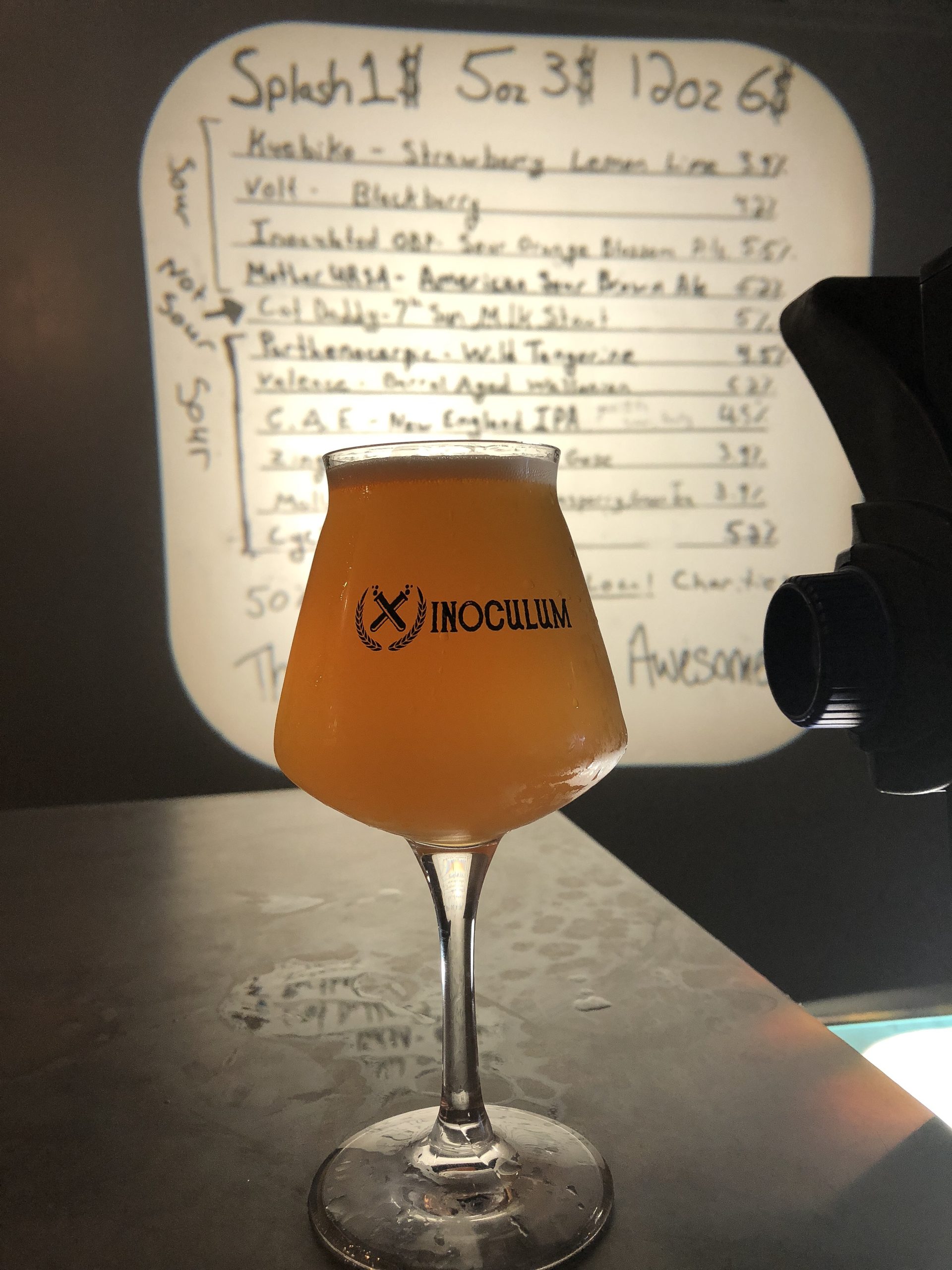 Parthenocarpic is a sour beer with live cultures of Pediococcus P, Lactobacillus A, and Saccharomyces Cere.The golden color and super clean lactic profile were specifically designed to highlight the citrusy character of wild tangerines. All of the Tangerines utilized for this beer are local and hand-picked. 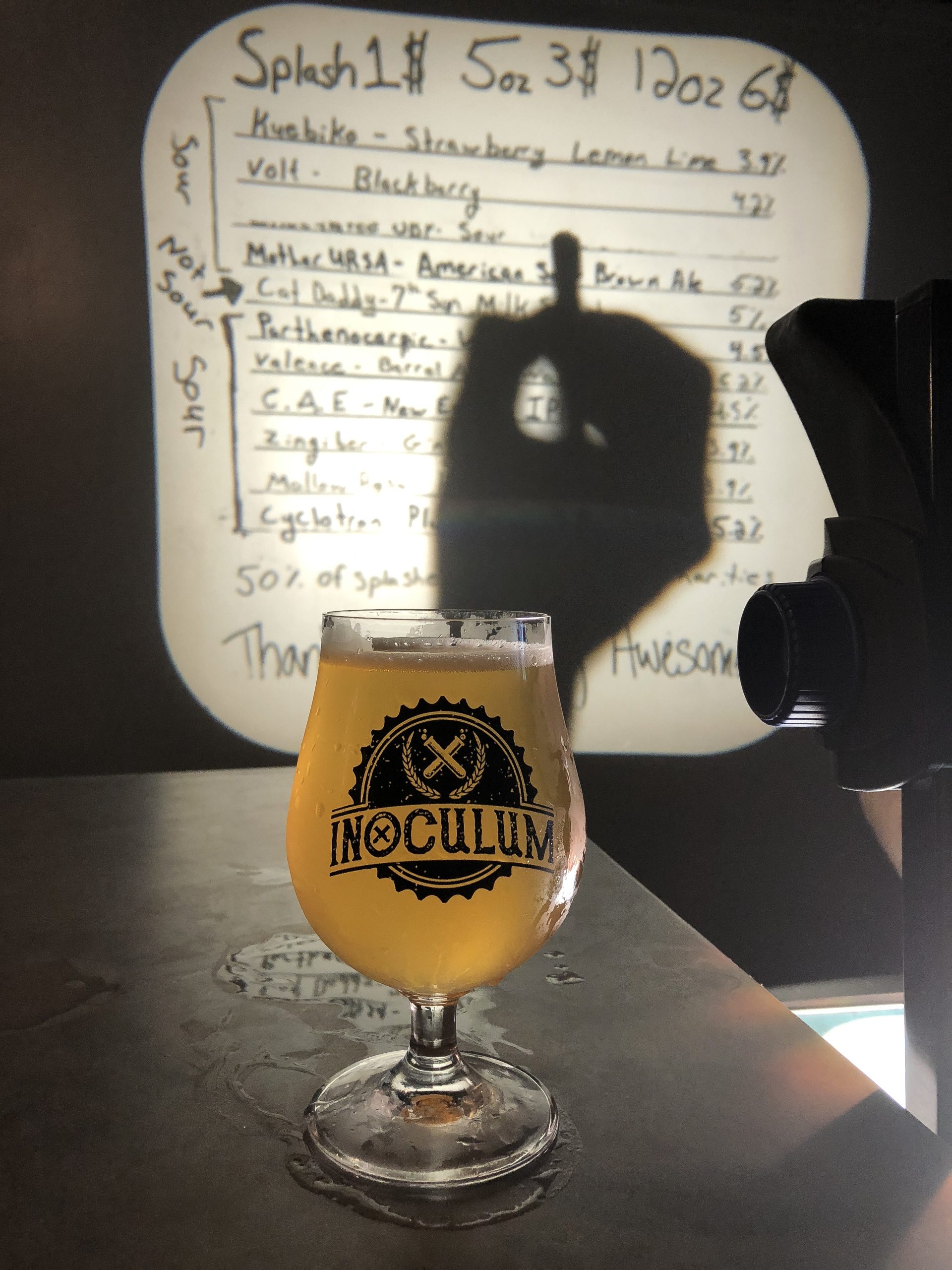 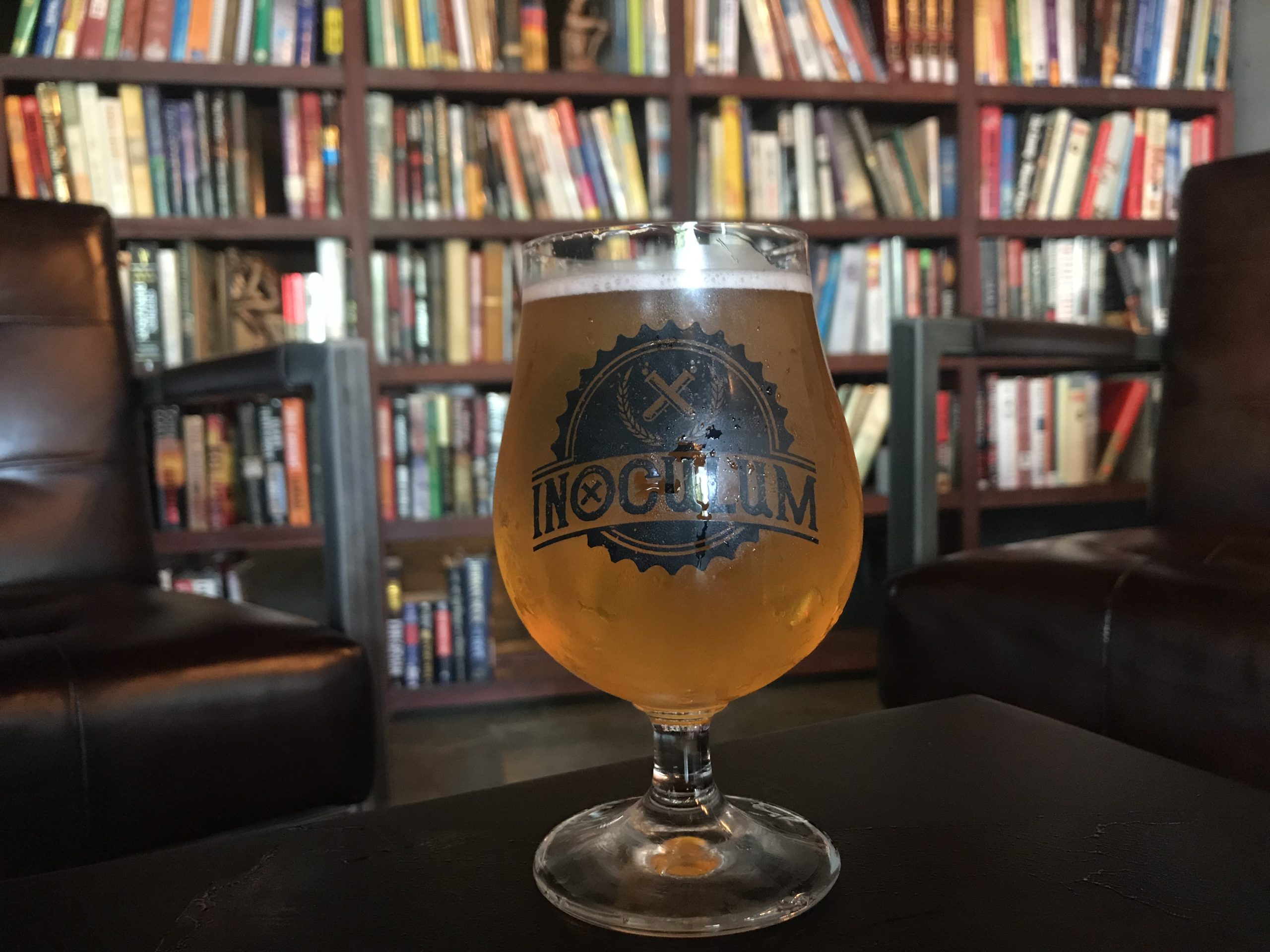 Pour & Head: More head than most sours, which dissipates within one minute.

Aroma: Hints of Lemon Lime up front on the nose with a touch of Strawberry on the back end.