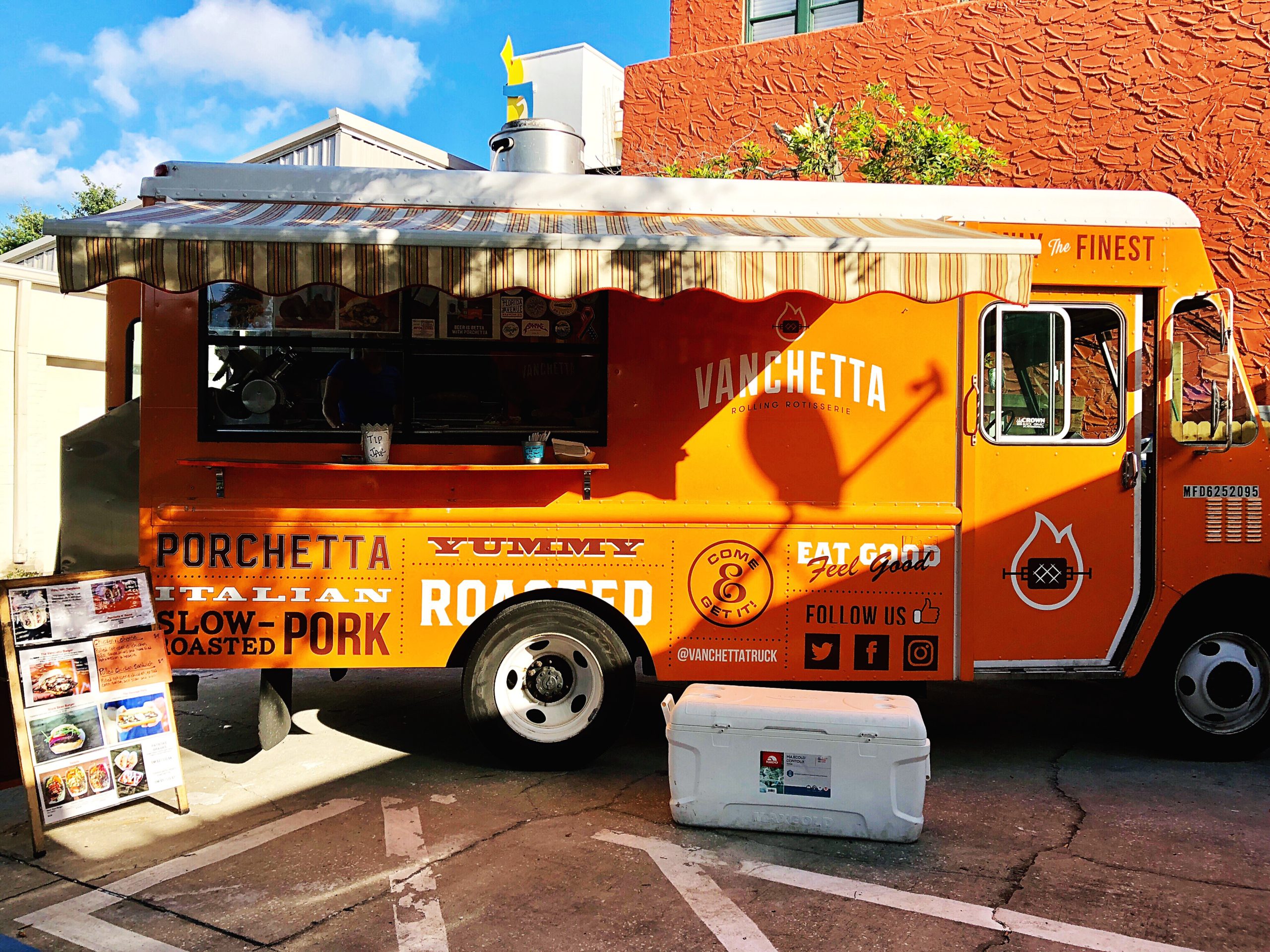 What’s succulent, savory and heavenly all over? Porchetta! For those unaware as to what Porchetta (properly pronounced as Por-ketta) is, let us get you up to speed. Porchetta, in short, is traditional in Italian cuisine and is typically comprised of boneless Pork, Herbs and Garlic, and other varietals, which may differ from location to location. The meat is usually slow-roasted, and frequently served between some fresh bread. Some argue that it is the King of Pork, and, dare I say, better than Bacon.

Lucky for us here in St Pete, we don’t have to venture over seas and up the cobblestone streets of Italy to enjoy a taste of this prized Pork number- instead (and, better yet) we have Vanchetta.

Back in 2012 in Stamford, CT, Andy Dolan opened up Vanchetta. The truck was in operation there for 3 years, until Andy decided that he wanted to turn the truck into a full-time living (in CT, he was only able to remain open 6 months out of the year, due to weather). At the time, a few things fell perfectly together for Andy, which planted him (and his food truck) in St Pete.

Andy picked up a knack for cooking in his teenage years from his father- a life-long chef. You know what they say about that apple and the tree. Fortunately, his father was an ideal teacher and Andy obtained a wealth of knowledge from him in the kitchen.

Every single dish that pours out of the Vanchetta truck window is made by Andy. Also in the truck, you’ll find Andy’s right-hand woman, Jenn. She’s been overseeing the register and slicing up hundreds of pounds of Porchetta, all with a bright smile on her face, for two years now. 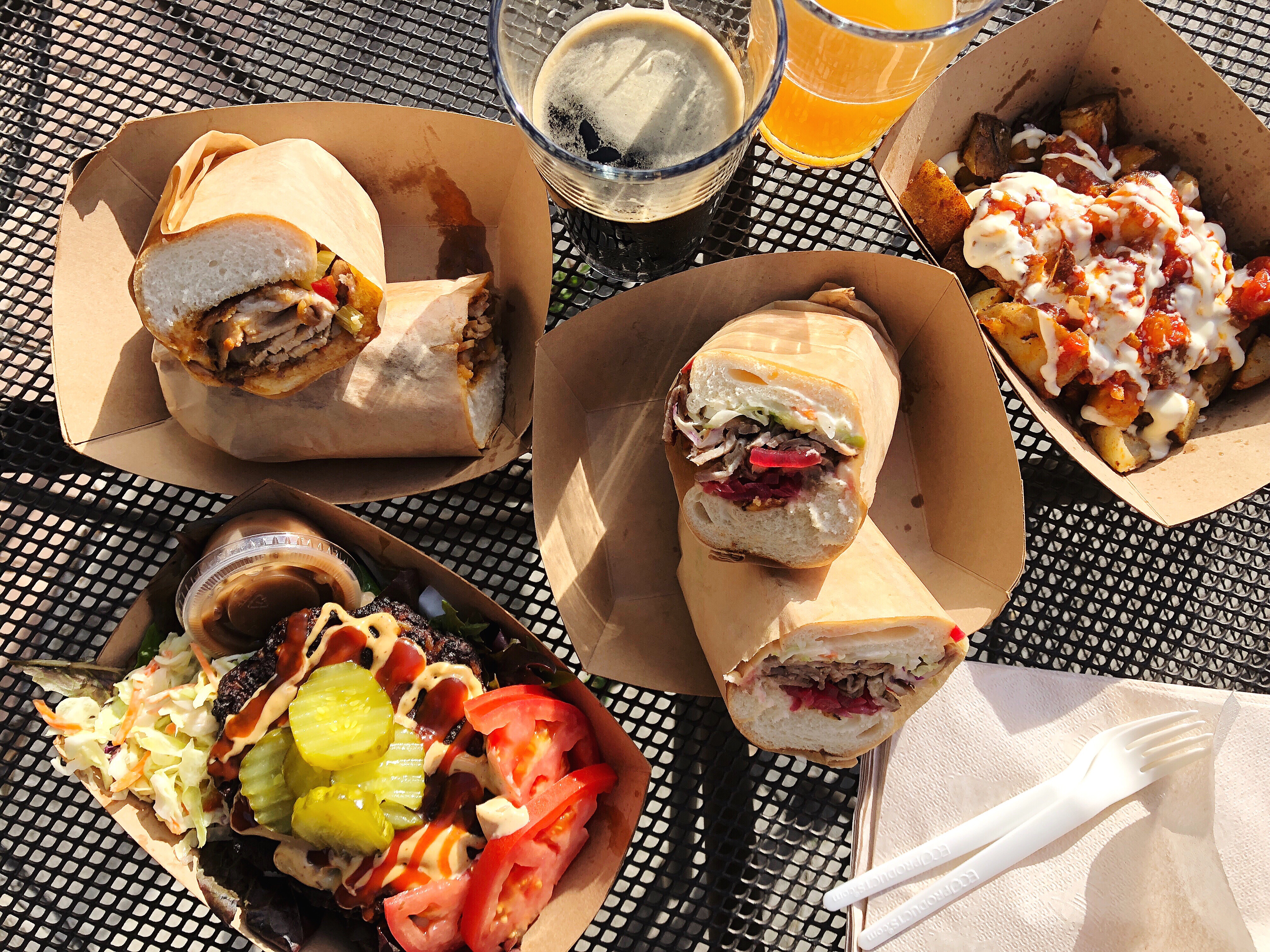 While having a Rotisserie on the truck instead of a Chargrill, Steam Table, or Deep Frier, may not be the best utilization of space, it has given Vanchetta the opportunity to evolve much more distinctively than most other trucks. To elaborate, in Vanchetta’s early years, Porchetta had a chance to flourish, and in turn, it gained some well-deserved attention. In addition to the Rotisserie, Andy shakes things up by serving Patatas Bravas style Home-Fries that are cooked on a flat top.

Andy sets a very high standard for his sandwiches. The Vanchetta Sandwich is the original (and, one of the most popular items on the menu) and his philosophy is that a sandwich must be “one of the best ever” to land a spot on the starting lineup. Therefore, the menu does not fluctuate much, but, you can assume that everything on it is exceptionally delicious. In fact, Vanchetta has a sizable following of folks who constantly seek out the staple menu items. 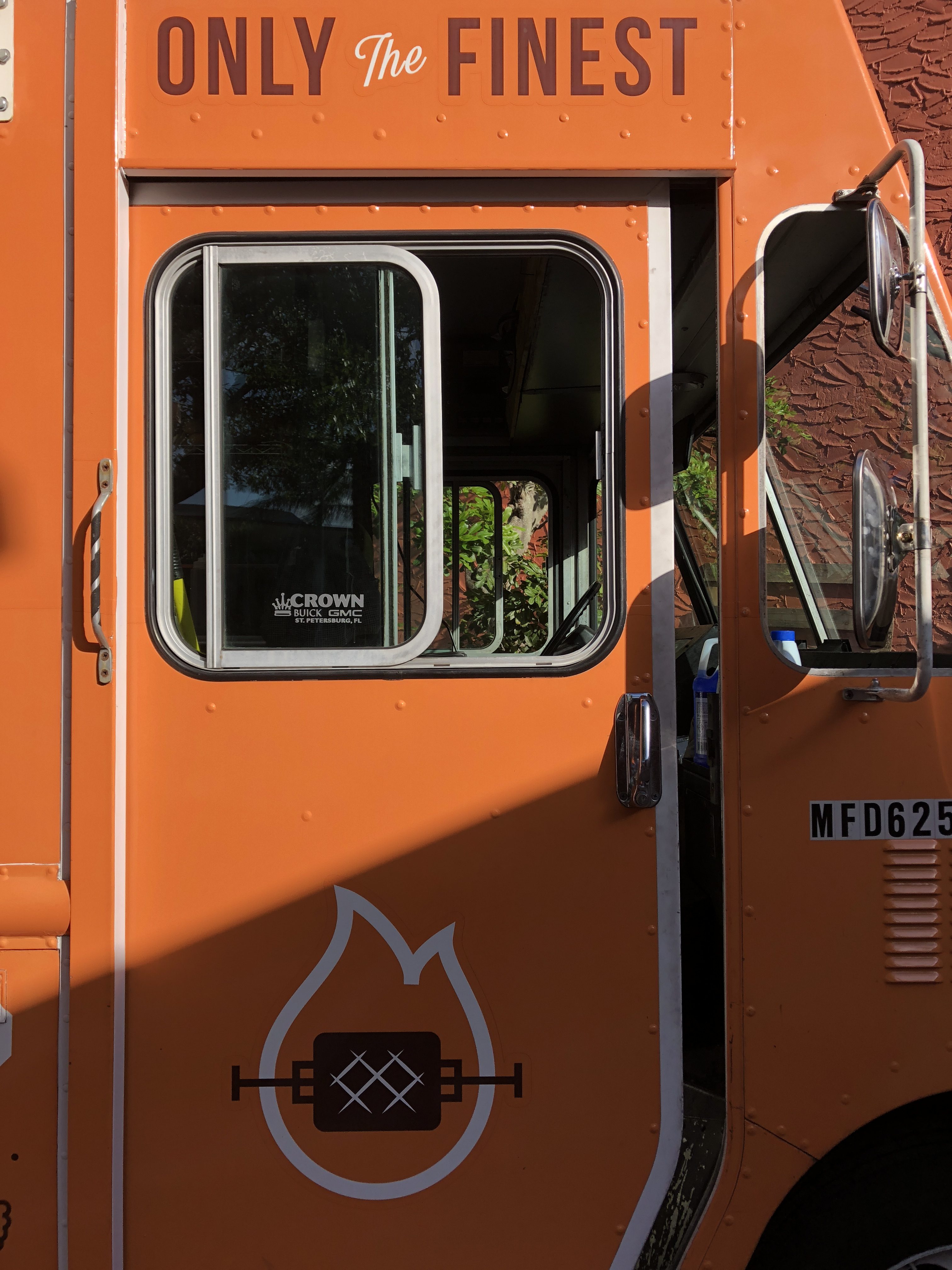 Vanchetta is an advocate for a solid Beer and Porchetta pairing. The truck proudly displays a sign that states, “Beer is Betta with Porchetta.” Who’s honestly going to argue with that? To support this claim, we caught up with Andy and his truck at Overflow Brewing. 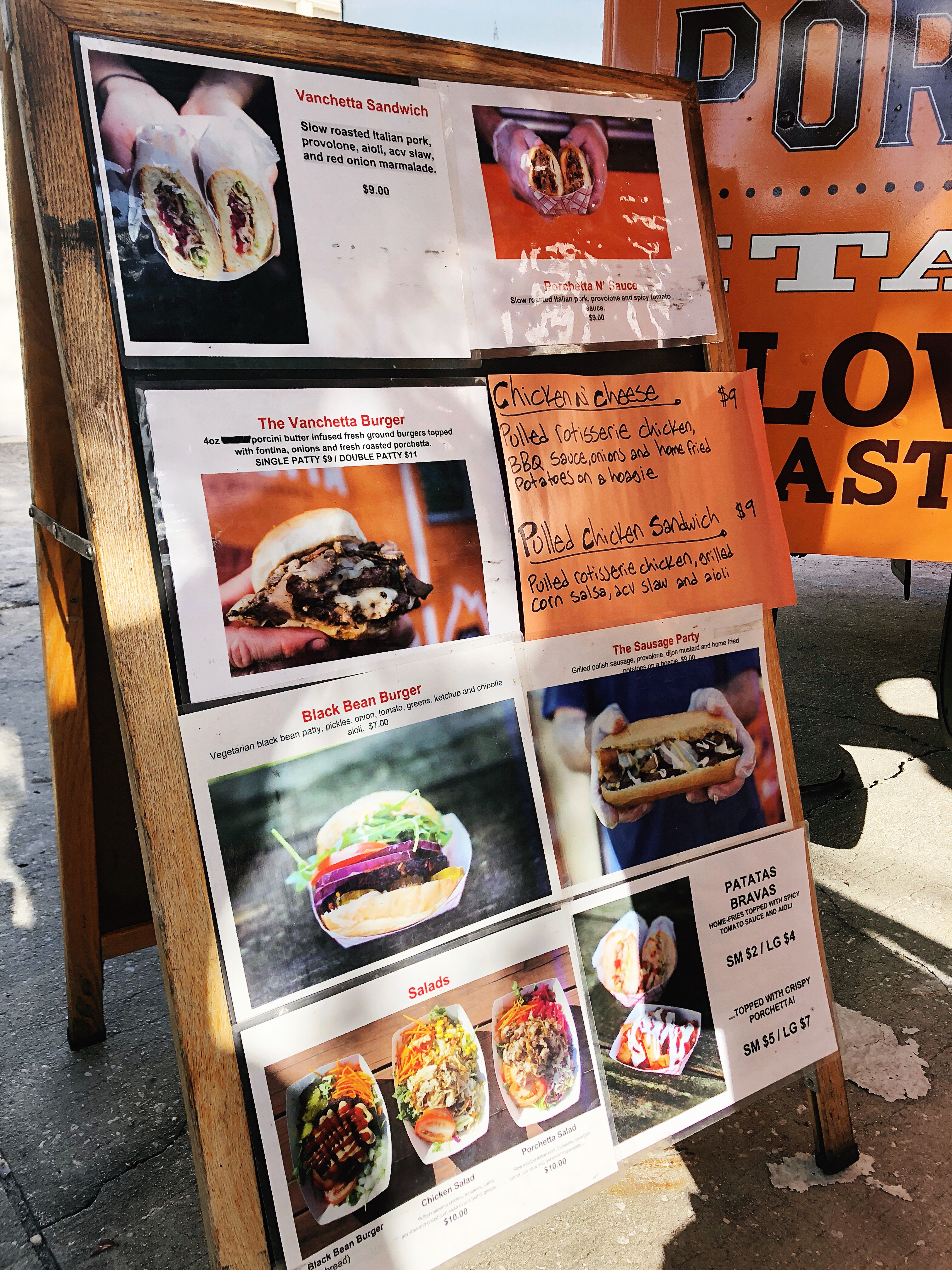 If we’re being honest, I almost did not order the Vanchetta Sandwich, until I was strongly advised to do so. This, hands down, ended up being my favorite item on the menu. This delectable Vanchetta original has slow roasted Italian Pork, Provolone, Aioli, ACV Slaw, and Red Onion Marmalade. The marriage of flavors, to be frank, blew me away. The Pork was juicy and tender, the Slaw added some nice texture and the Red Onion Marmalade escalated everything to that next level. It’s easy to see why this sandwich is a fan-favorite. 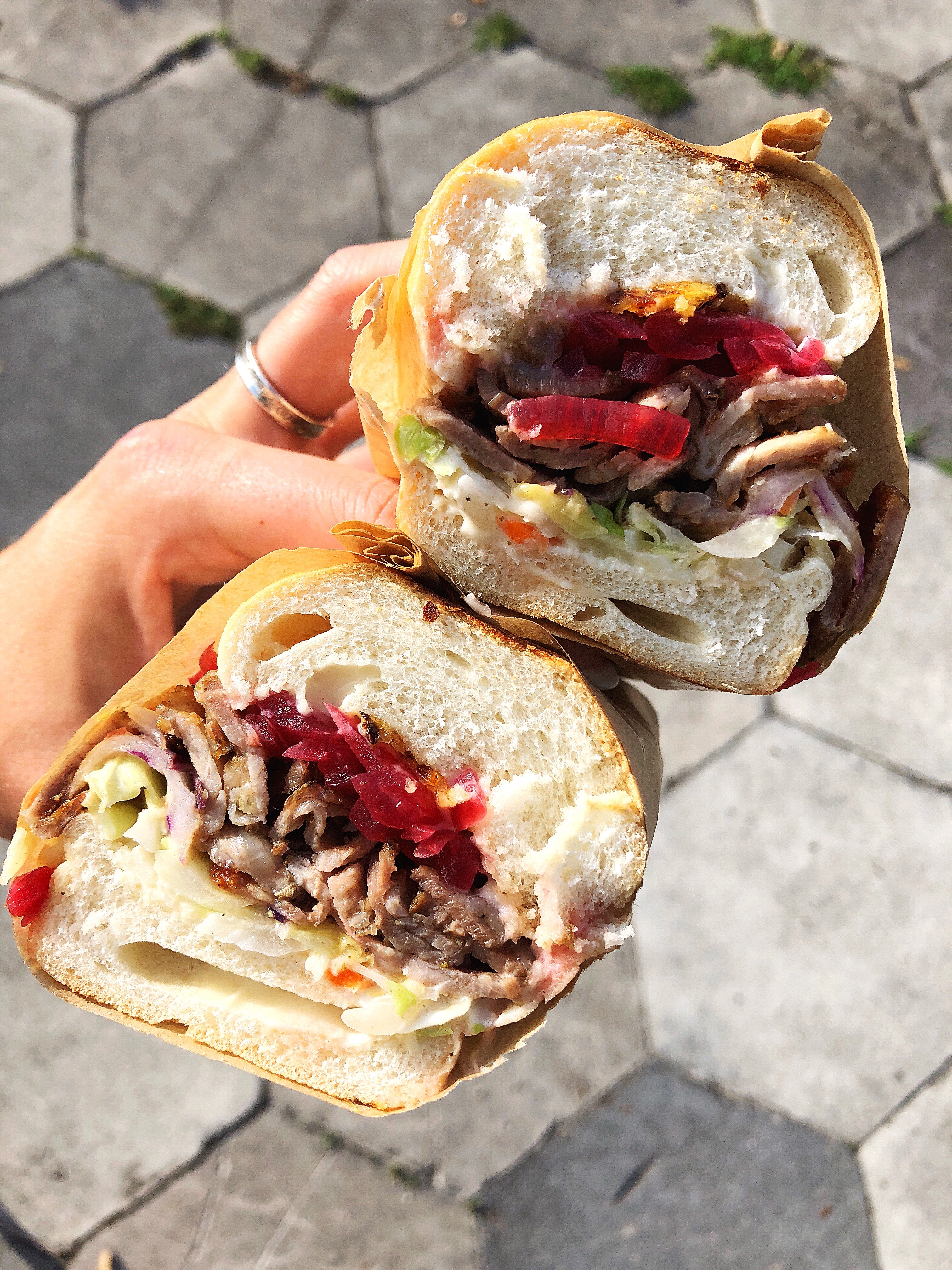 For those who enjoy a bit of fire, the Porchetta N’ Sauce is for you. It has enough spice to enhance the sandwich without completely overpowering it. This baby is layered with a stack of slow roasted Italian Pork, gooey Provolone and a Spicy Tomato Sauce. I typically enjoy a bite of something crisp on a sandwich such as this, like fresh Herbs or Lettuce; however, this simple compilation confirms that less is more. 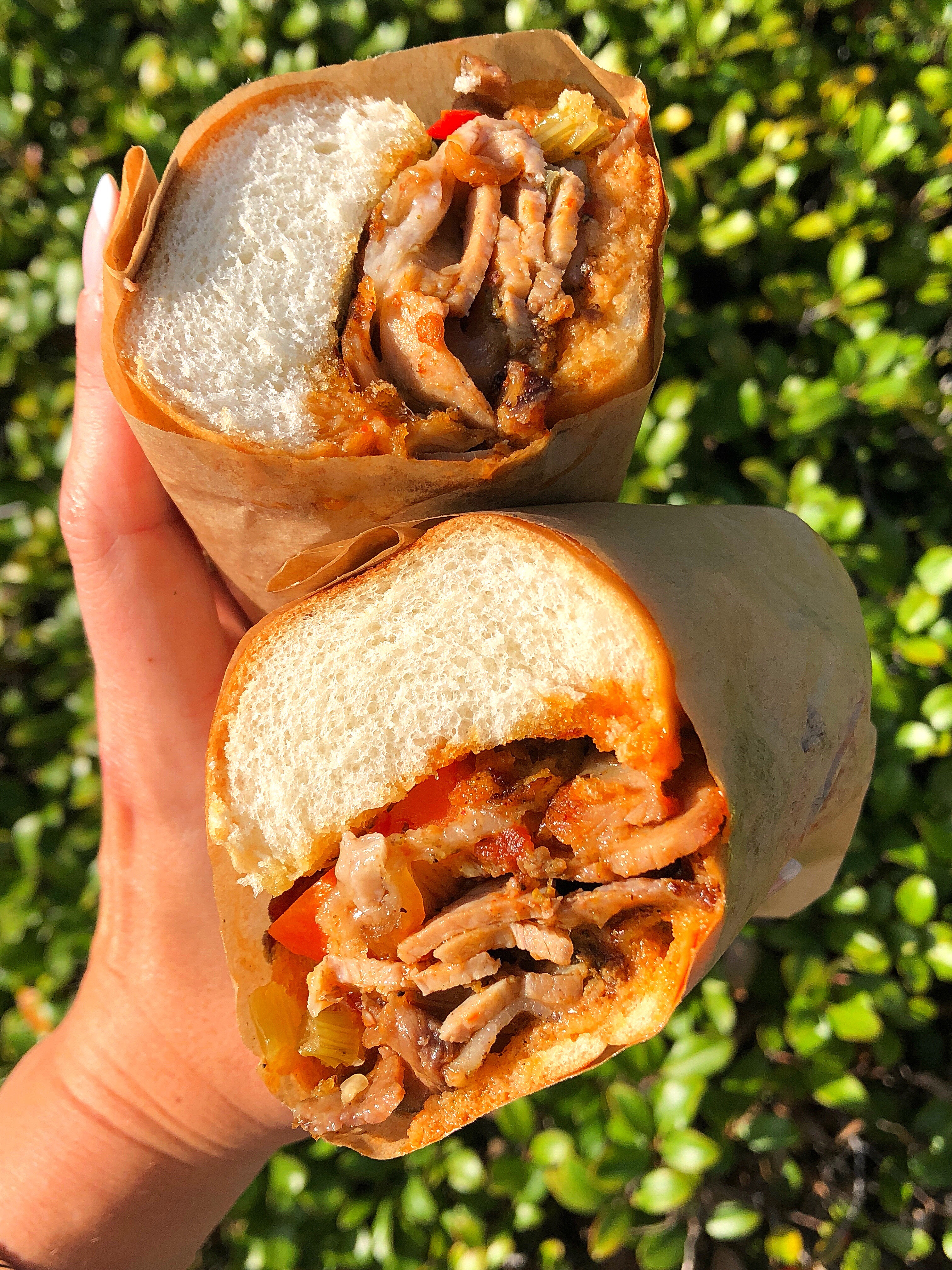 For us, the Black Bean Burger Salad was an unexpected home-run. In fact, their Black Bean Burger won a well-deserved Creative Loafing award for best Veggie Burger, and that is no surprise at all. This salad has all of the same goods as the award-winner, without the Potato Roll. The bed of Lettuce has a Black Bean Burger Patty, Chipotle Aioli, Ketchup, Pickles, Onion and Tomato. Each bite of the Burger Patty is a detonation of exemplary flavor. Unlike other Veggie Burger’s, this one is exciting and full of character. You need this in your life, no questions asked. 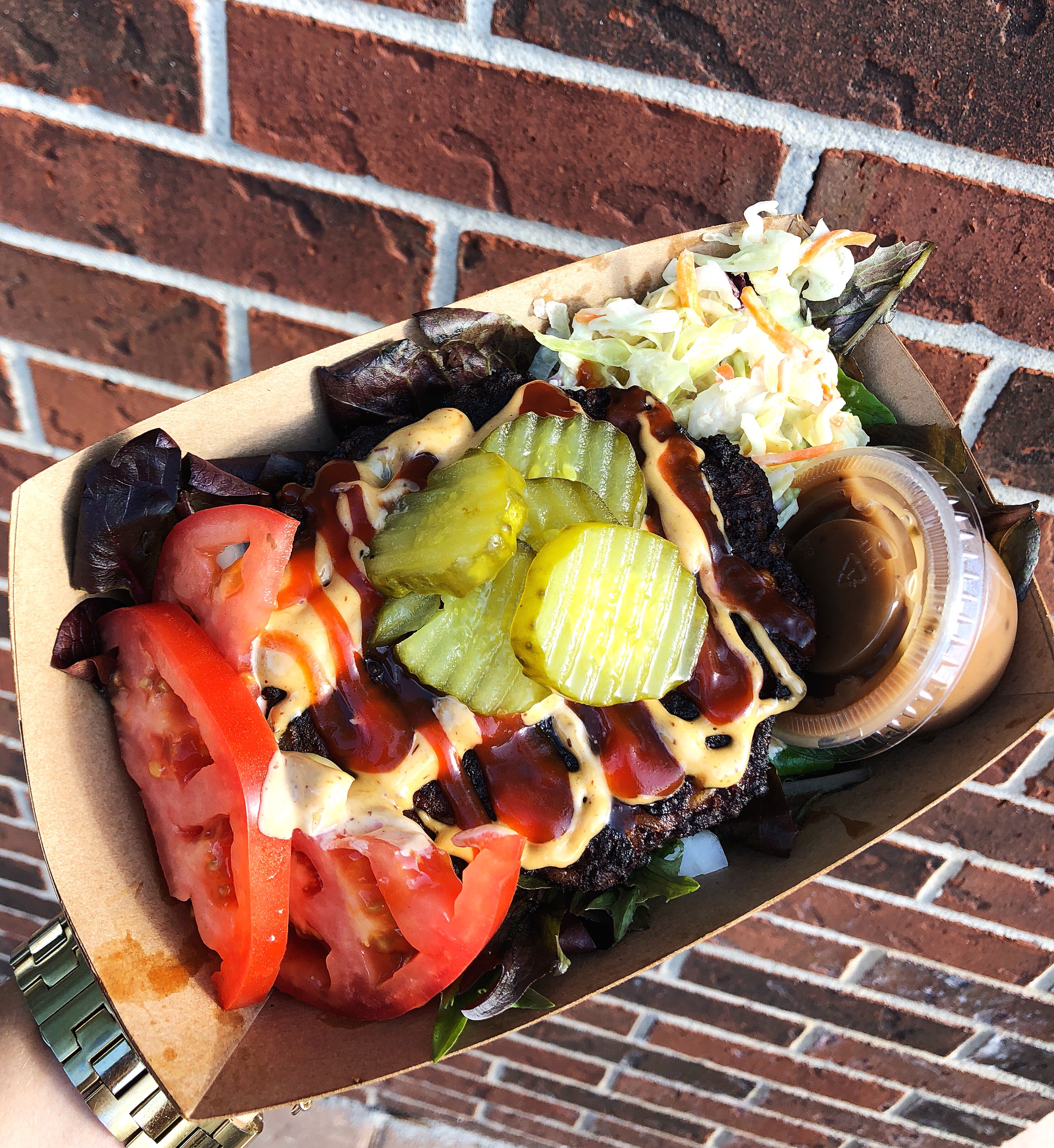 The only disappointment we had during our visit was that we did not add the crispy Porchetta to our Patatas Bravas (which is totally an option for only $3 more)! These home-fry style Patatas Bravas are a fun play on the classic. The home-fries are covered in Spicy Tomato Sauce (which also has a touch of sweetness to it) and Ailoi. Don’t get me wrong, it’s a satisfying dish, but adding crispy Porchetta would’ve presumably elevated it. There’s always next time, right? And trust me, there will undoubtedly be a next time. 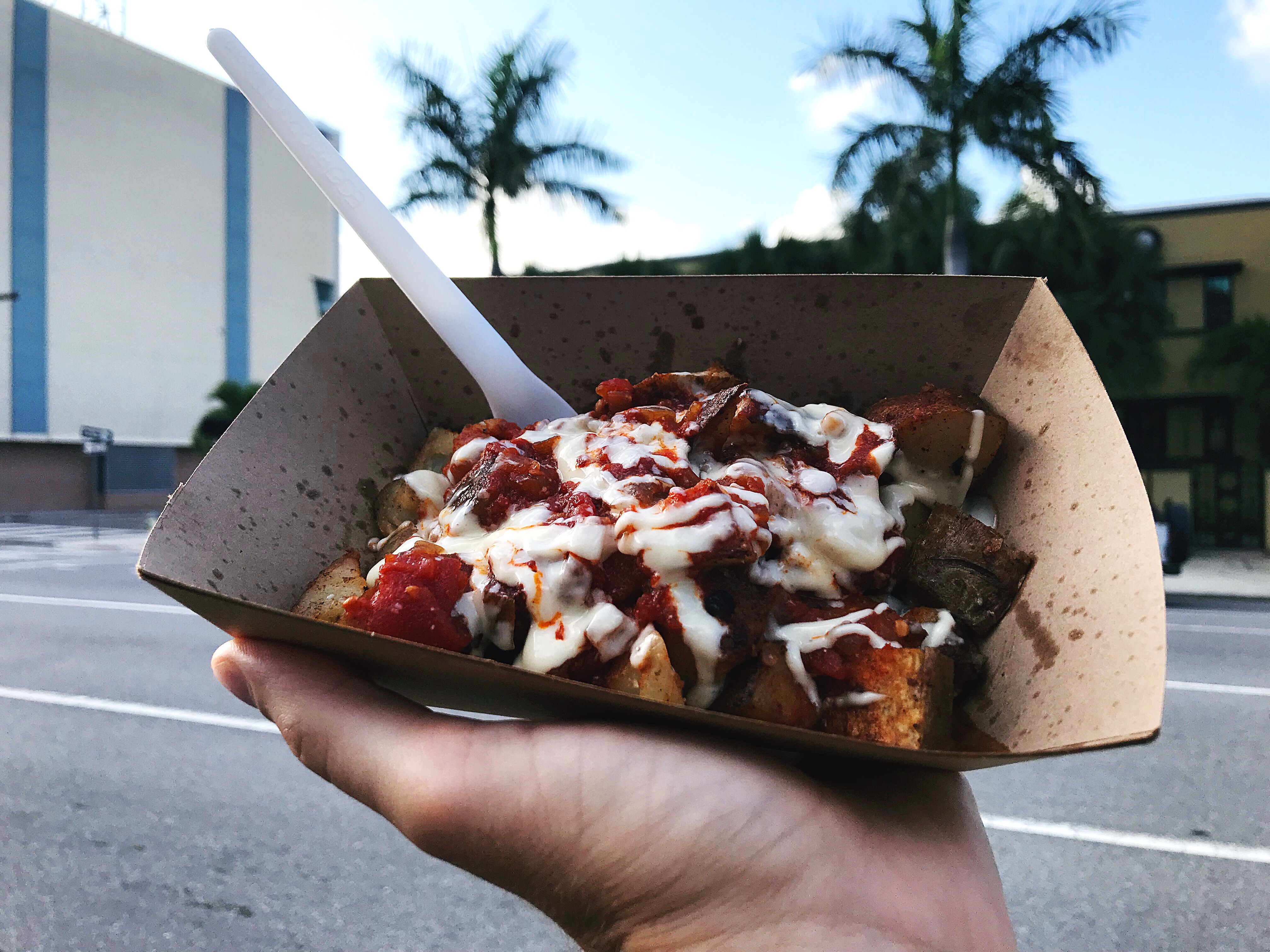 I am happy to report that the majority of the time, you can find Andy and the Vanchetta truck in the local area (he makes monthly trips to Sarasota and Winter Haven, also). Whenever Andy generates his schedule, he does so with St. Pete in mind.

Wednesday evenings, you can find Vanchetta at different breweries around Tampa Bay- they’re a staple on their schedule. Every Sunday, a new schedule for the truck is released on both Instagram and Facebook with their weekly locations. Have any questions as to where to find Andy and his truck? Not to worry, he and his team are very responsive! If the address is published online on any given day, that means anyone is welcome to pay Vanchetta a visit! 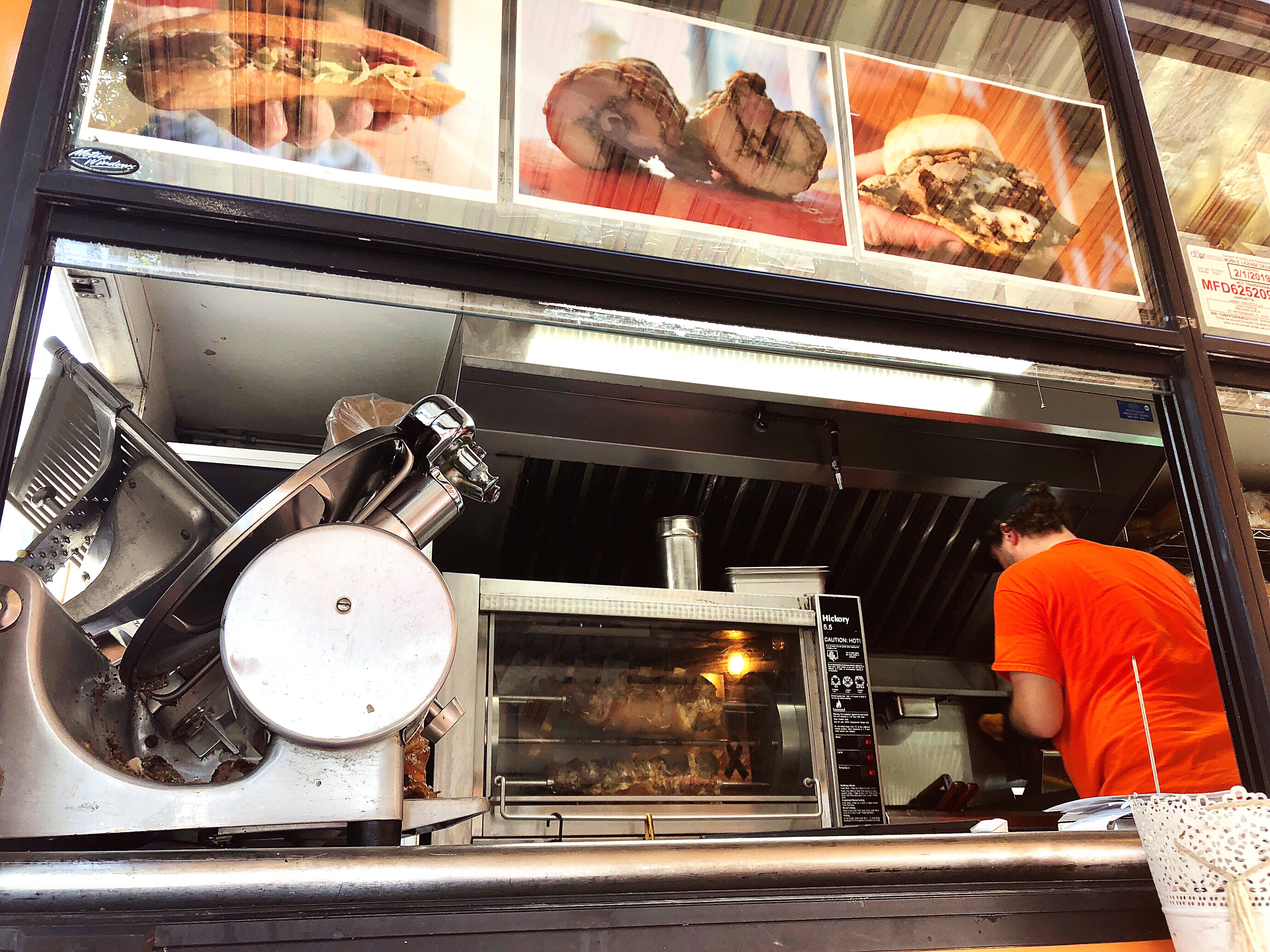