It goes without saying that you can put most anything onto a pizza and you can almost guarantee that it's going to turn out a winner. Well, Irish Style Bacon and Cabbage are no exception. For those of you who don't know, Irish Bacon differs than the usual Bacon that we know and love here in America. Irish Bacon comes from the back of the pig, where American bacon comes from the belly. Additionally, the Irish do not bake or fry their Bacon, oh no, they boil it...stay with me though, it works.

After the Bacon is almost finished boiling (which takes about an hour), the sliced cabbage is added. The salty water creates a perfect bath for the cabbage and infuses the Cabbage with flavorful goodness. 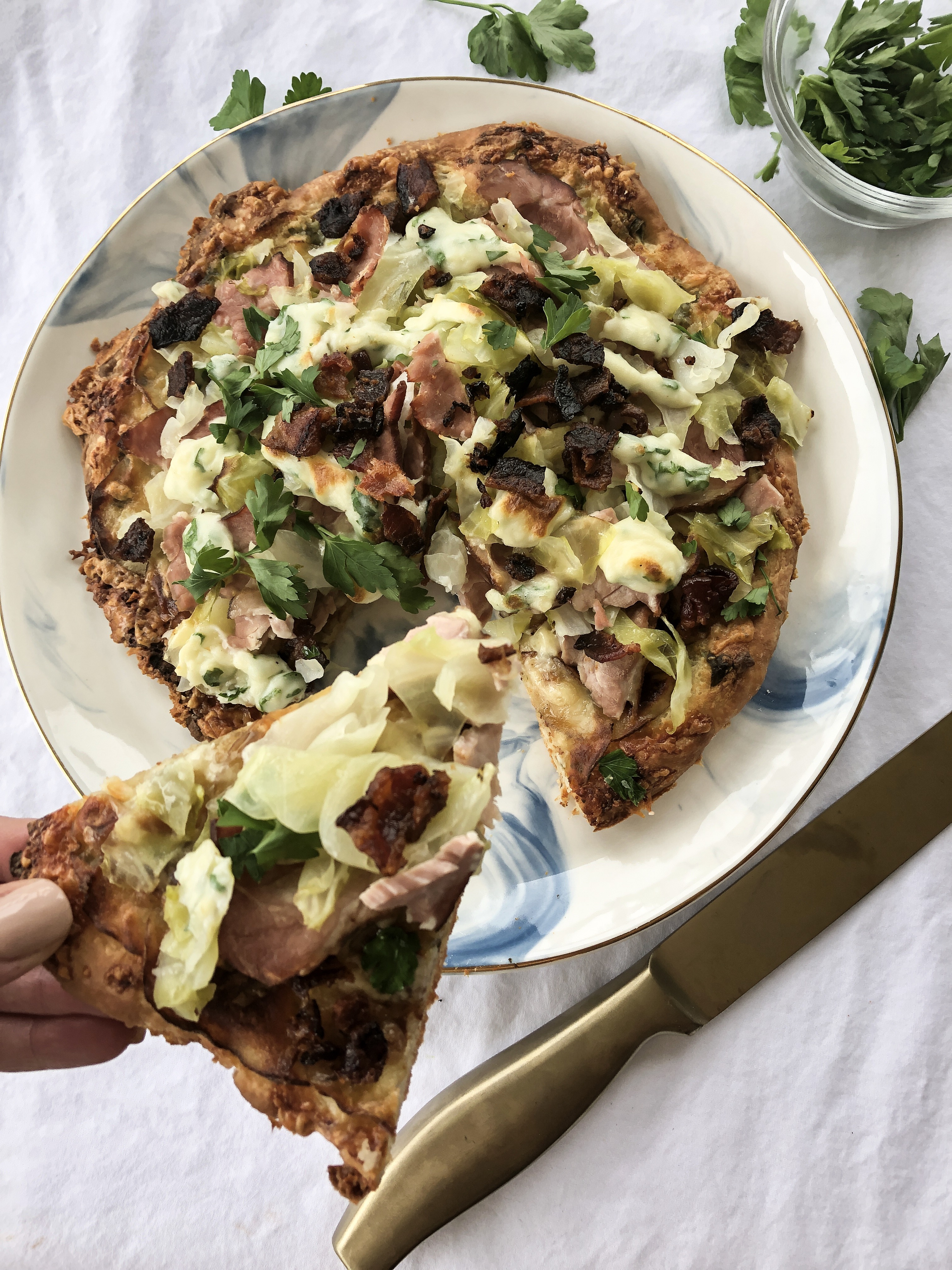 My goal with this recipe was to take a traditional Irish Bacon and Cabbage recipe and add an element of texture and depth. What better way to do that than by adding crispy smoked American Bacon, and throwing it all on top of a thing, crunchy Pizza?

Speaking of crispy and crunchy, that's precisely the end result of the crust of the pizza when it's cooked in a good ol' Cast Iron Skillet. See, you CAN cook virtually anything in it. Not that there's anything wrong with a pizza stone, because you can totally make this pizza on a stone, if that's what you prefer. In my opinion, a well-seasoned Cast Iron Skillet just adds that extra bit of flavor.

Also, the thin slices of Potato add another element of structured character. 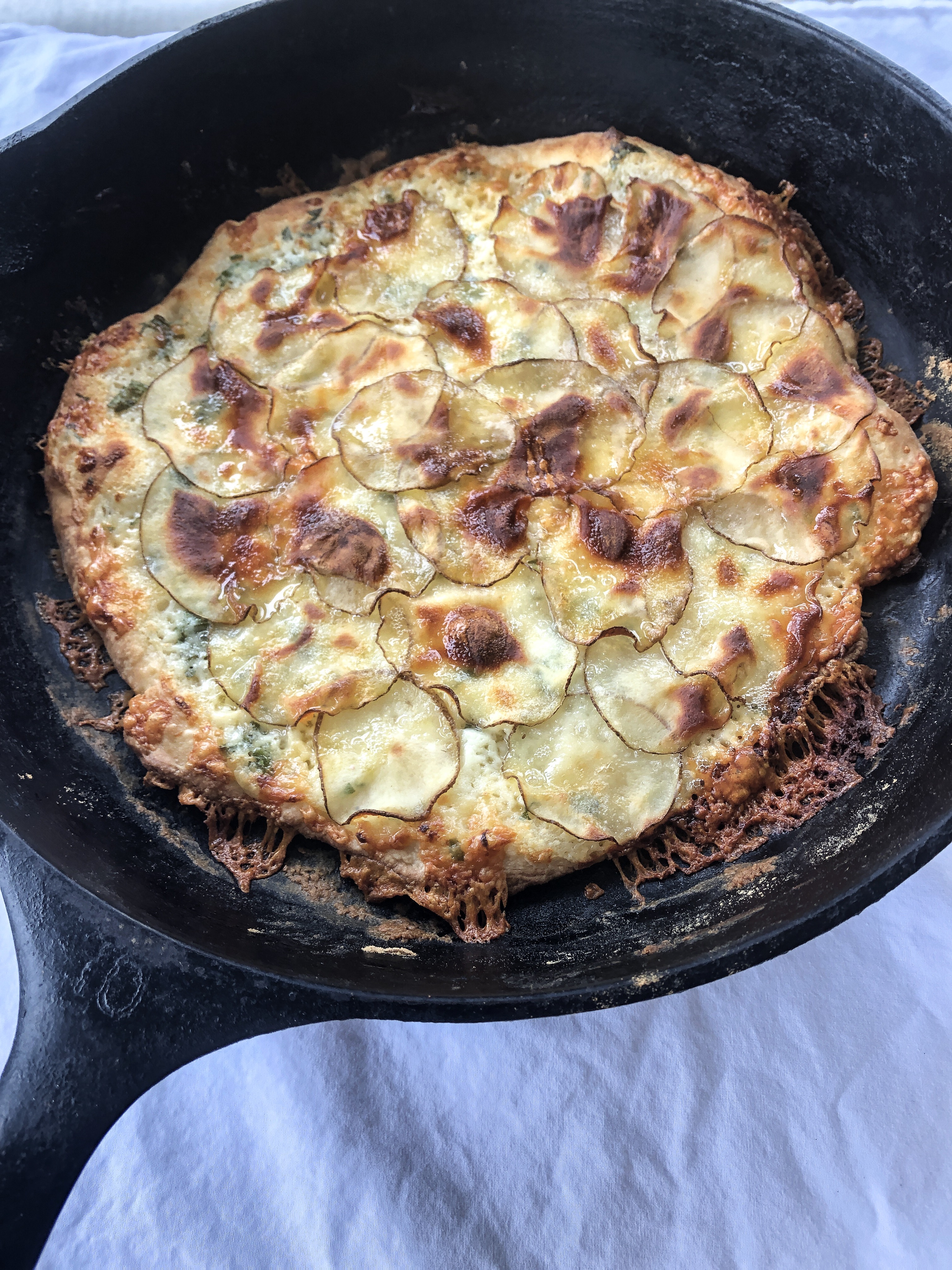 St Patricks Day is right around the corner and this dish fits the mold as the perfect go-to meal to celebrate. Pair is with your Irish beer of choice, and bam, you're in business. 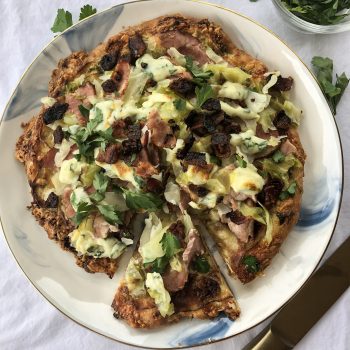 Abby Allen
This Pizza is great as an appetizer at a party, or, a meal for 2-4 (depending on your hunger level/willingness to share).
No ratings yet
Print Recipe Pin Recipe
Prep Time 20 mins
Cook Time 1 hr 30 mins
Total Time 1 hr 50 mins
Course Main Dish
Cuisine American, Irish
Servings 2 people